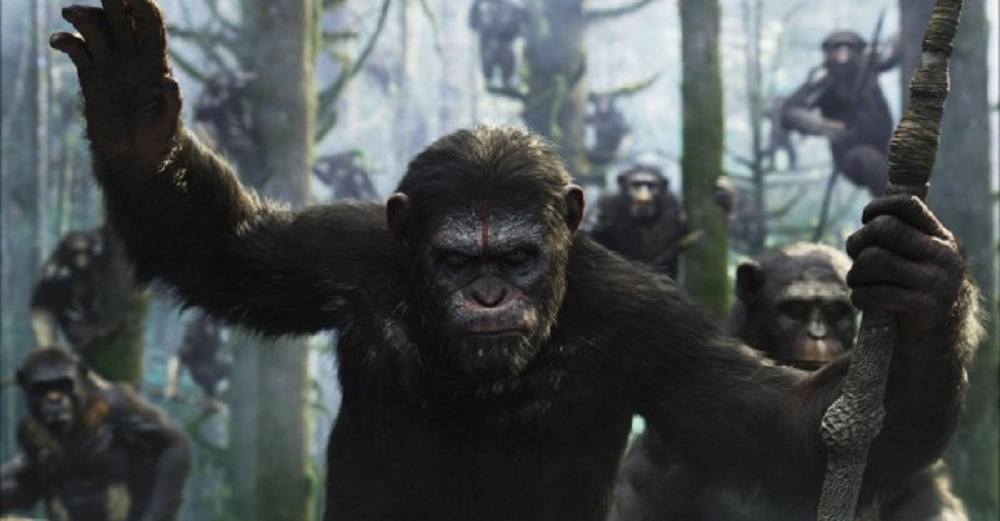 First Teaser of ‘War for the Planet of the Apes’ Unveiled at NYCC, and it worth the wait for this film.

After such a long period of banging our heads against the wall, the time has finally come to get the first glimpse at War for the Planet of the Apes. The main reason it’s taken this long is because 20th Century Fox decided not to have a presentation at San Diego International 2016, so introductions to films like War for the Planet of the Apes and Assassin’s Creed were delayed. But the studio is currently showcasing many of their upcoming projects at New York Comic-Con 2016.

It’s been two years since Dawn of the Planet of the Apes thundered into theaters. The reboot/prequel series has centered around the mighty ape Caesar, played by motion-capture genius Andy Serkis. Both his performance and the incredible advances in digital technology have allowed the ape leader to be gloriously brought to life. However, fans have been wondering where Caesar and his followers ended up after the ambiguous finale in Dawn left many questions hanging in the air. All we knew was that Caesar had conquered the rivaling human habit that threatened his people. While we don’t know a huge amount just yet, one of the the studio’s exciting reveals during NYCC was the official synopsis for War of the Planet of the Apes. Even though this isn’t what you’re here to see, take a look if need be. 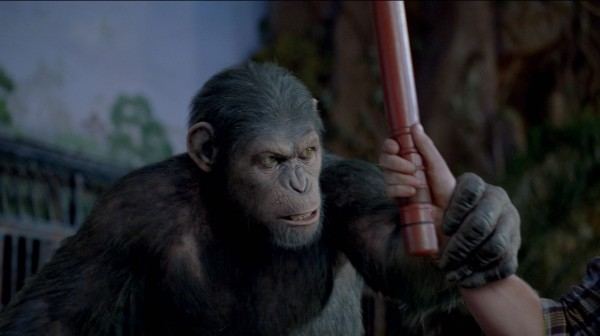 In War for the Planet of the Apes, the third chapter of the critically acclaimed blockbuster franchise, Caesar and his apes are forced into a deadly conflict with an army of humans led by a ruthless Colonel. After the apes suffer unimaginable losses, Caesar wrestles with his darker instincts and begins this own mythic quest to avenge his kind. As the journey finally brings them face to face, Caesar and the Colonel are pitted against each other in an epic battle that will determine the fate of both their species and the future of the planet.

With that out of the way, let’s get on to the good stuff. The biggest reveal by 20th Century Fox at NYCC is the first teaser for War of the Planet of the Apes. First off, don’t get overly ecstatic because it’s not footage from the film. Now, calm down, because it’s something just as good. The teaser comes in the form of a “digital billboard” that features a dark backdrop with falling snow floating by. And of course, we also get to see a lovely shot of Caesar. Check it out below.

This teaser’s pretty great, right? It honestly doesn’t really matter that it’s not actual footage, it’s just a relief that we finally get a peek at what’s to come. Matt Reeves, director of War and Dawn, has a lot of responsibility in helming this beloved franchise. And not only is following the amazing Dawn a hard challenge for him, but it’s also very important to continue the legacy of the original Planet of the Apes. But Reeves appears like he knows what he’s doing, so we can probably give him a pass for the time being.

Like Dawn, which featured Gary Oldman as the human rival leader, War stars Woody Harrelson as the aforementioned villain who’s simply known as The Colonel. Since Harrelson is well-versed in playing dark, violent characters, this role should be no sweat for him. And we can only imagine what it will be like seeing Harrelson and Caesar go head-to-head. 20th Century Fox will more than likely release a full trailer sometime in the next few months as the film’s summer 2017 release slowly nears, so stay tuned.