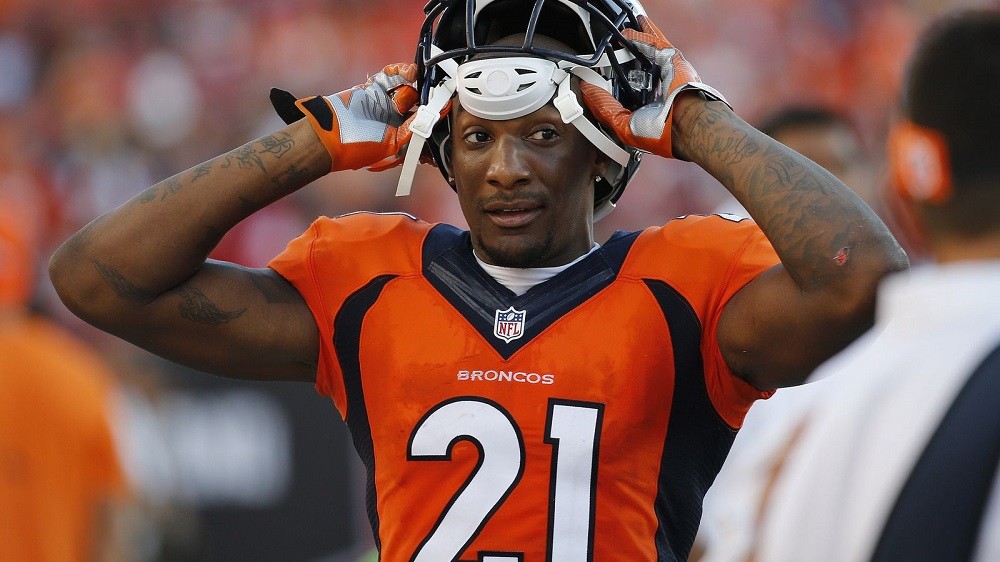 Aqib Talib Officially shot himself according to police

If there was any doubt about who shot the Denver Broncos’ Aqib Talib back in the summer, Dallas police have officially named the shooter.

No shocker. The police believe that Talib shot himself.

There wasn’t a giant manhunt to find the assailant back when the incident happened, so it was pretty clear to the authorities and anyone with a brain, that Talib injured himself with his own gun.

When asked about the statement from the Dallas Police Department, Aqib was not as anxious to discuss it as he was to tote a weapon while getting drunk (allegedly) on the night of the incident.

“I’m just not going to speak on it. It’s still under review, so nothing’s changed,” Talib told reporters Wednesday as the Broncos prep to face the Atlanta Falcons this Sunday. “I’m worried about Julio Jones right now, I don’t have time to worry about that other stuff.”

While it would be awesome to have Talib actually say something about the findings, he is playing the only card he can. “No comment” is all that should come from his mouth unless the question is football related.

I have to believe that if the superstar cornerback were hammered with questions repeatedly, he might get irritated and have a meltdown of historic proportions. The guy is clearly better at defending wideouts than he is at keeping himself in check.

But nobody in the Denver media is going to press him too hard. There’s no benefit for those beat writers to having him admit to the world that he is a full-blown knucklehead. We all know it anyway, even before he got plastered at the club and went Plaxico Burress on himself.

Nobody in Denver wants to lose one of their best defensive players to suspension. He’s second in the League currently with three interceptions, one of which he housed for six points.

Right now, it’s possible he could escape the wrath of one Roger Goodell. The police don’t really have solid facts to back up their findings, and according to WFAA-TV, they are not going to file charges.

Burress’ mistake was screwing up in front of plenty of witnesses. Fortunately for Talib, the only people who knew for certain what happened, were part of his crew. And stuff like that probably happens to them on a semi-regular basis. So they know how to circle the wagons accordingly.

While I don’t want to clown a guy too much for what could have been a deadly situation, it’s hard to have much sympathy for Talib.

I can relate to a guy like Jason Pierre-Paul who wrecked his own body by horsing around with fireworks. That could have happened to anybody on a Fourth of July weekend. JPP was not up to no good. He just wasn’t cautious enough around some deadly products.

I’ve got no issue with him carrying a weapon for his own protection. But some folks just do not have enough common sense to be trusted with a gun in public.

The fact that he ended up with a bullet in his own leg makes it clear that he puts himself and the public in danger by being allowed to carry a gun.

All I can say is Talib best keep playing at a high level.

If he was riding the bench at this point in his career, Denver would cut ties with him in a minute. He’s good enough for the Broncos to put up with right now, even if he does end up with some sort of suspension.

And for now, he’s smart enough to keep quiet about the shooting.

Just not smart enough to avoid the situation in the first place.