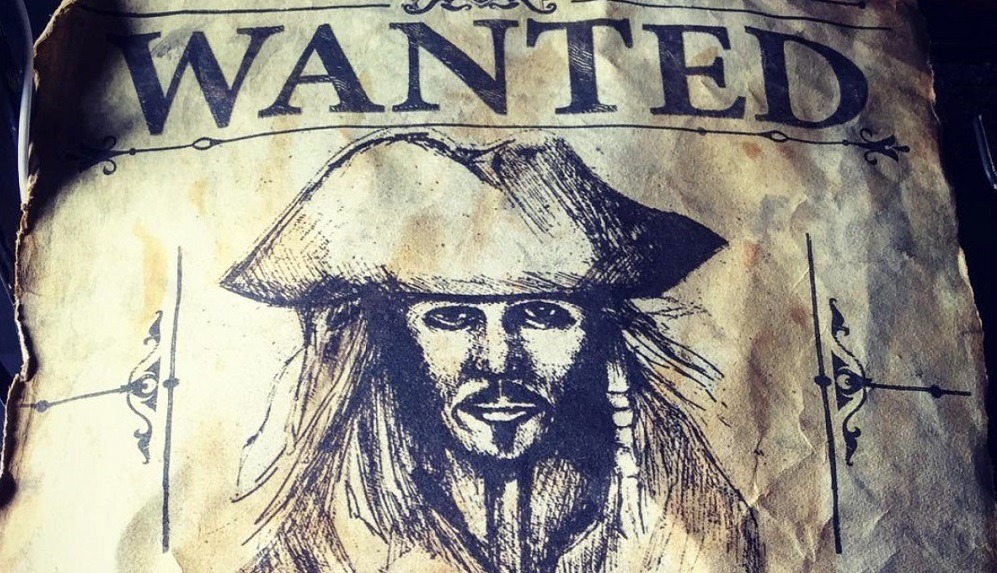 Only a few days ago fans got their first look at the fifth installment in the Pirates of the Caribbean franchise, Dead Men Tell No Tales. Despite the teaser being filled with enticing imagery, the obvious thing that was missing from it was the iconic Captain Jack Sparrow (Johnny Depp). The deceitful yet charming pirate has been the foundation of the franchise since its inception, so it was a little odd at first to not have him there. Blacksmith-turned-pirate William Turner (Orlando Bloom) also did not appear in the teaser, which is a little strange since the reasoning for his reappearance still remains a mystery to us. However, all of that should come in due time. Hollywood isn’t in the habit of dragging things out until fans are pulling their hair out with absolute insanity, are they? No.

Dead Men Tell No Tales follows ol’ Jack Sparrow and his band of misfits who are being hunted down by the notorious Captain Salazar (Javier Bardem). Salazar hopes to rid the high seas of all pirates, which unfortunately includes Sparrow. While that may not be revelatory plot work, the teaser trailer still made it look pretty amazing. Watching Bardem and Depp go at it should definitely make for a splendid time for every moviegoer. Not only that, the film’s gorgeous visual style will almost surely keep everyone’s eyes glued to the screen until the end credits roll. And what makes Dead Men Tell No Tales wonderfully unpredictable is that it’s being helmed by directors Joachim Rønning and Espen Sandberg, who are completely new to the franchise. There’s no telling what they may have in store for fans.

If you check out the beautiful job they did on “Kon-Tiki” it should give you some hope for this installment. If you recall, they shot two versions of that film for their distribution deal. They pulled it off beautifully having one shot in English and their final edit even survived the hands of Harvey Weinstein. They had a minuscule budget to make both versions of the same film, so they know how to make sure all of the movie budget lands on the screen, so hopes are high on this one.

What’s most important is that we have Sparrow there. Otherwise, what’s whole thing been about? Well, we don’t need to worry about that since Depp is officially leading the charge in Dead Men Tell No Tales. But what’s still left hanging in the air is what part he will play in the story. Of course, he will surely get into more shenanigans and maybe even a few hijinks along the way. And Rønning is very aware of that essential character trait because he just unveiled a fantastic new poster for the film that features the troublesome pirate captain. Instead of going with something very generic, Disney created a very authentic wanted poster for Sparrow. Take a look at it below. What will be interesting to see is just how much of a draw that Sparrow and Depp have for fans. The fourth installment, On Stranger Tides, earned a massive box office sum despite the film getting generally mixed reviews. And Disney surely has a lot invested in Dead Men Tell No Tales because that success, so we will just have to wait and see what audiences make of it. The Pirates of the Caribbean franchise has plenty of both high and low moments, but hopefully, Dead Men Tell No Tales will give it some much-needed vigor.

Here’s some new images from the film to tide you all over until the next news hit.