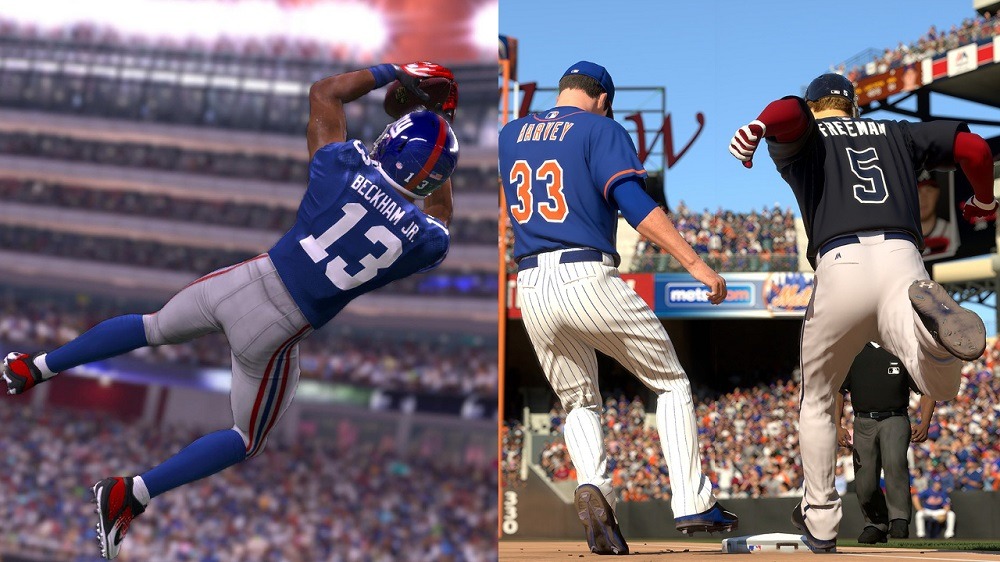 The current period of decline in NFL ratings was noted after both Weeks 1 & 2 of the current season. Now following Week 3, the ratings dip has continued as noted by a couple of writers at Forbes.com. What the implications will be aren’t clear, however, you have to think that Roger Goodell, the commissioner of the NFL, will need to come up with a brainwave or two to curb/reverse the diving ratings soon.

Brandon Katz, in a September 26th article at Forbes, wrote:ie “the NFL’s television ratings continue to come in with lower and lower numbers each week.” Katz showed in his article how Sunday’s night game was worse than the Sunday-night game from the week before.

Mike Ozanian, making a similar point, opened his September 26th article with the following comment: “If the NFL wasn’t worried before it should be now. For the third consecutive week football’s television ratings have declined.”

Who is gaining from the rating decline is an interesting question. After all, it’s a zero-sum world when it comes to entertainment ratings: what one broadcast is losing another stands to gain. Someone not watching football that usually is doesn’t sit with his/her eyes closed – he/she tunes into something else.

I thought that, with the NFL dipping, the 2016 World Cup of Hockey might have seen good ratings in the USA. After all, the dip in ratings is largely attributed to the Colin Kaepernick protests of police brutality. The Head Coach of the USA’s national hockey team, John Tortorella, took an opposing stance to Kaepernick before the start of the World Cup of Hockey. He made it very clear to his players that they were not to protest the national anthem under a penalty of not playing.

I think we can all agree that people that are anti-Kaepernick would have found Tortorella’s remarks refreshing. However, early reports on ratings for the tournament did not suggest that the popularity of hockey had risen in the USA.

According to Sean Craig, a business writer at the Canadian-based Financial Post:

“While Canadians are watching in significant numbers, the tournament has not been a hit south of the border” (September 23rd).

Craig did suggest last week that the tournament was still a financial success: “The World Cup of Hockey…is expected to generate…$65 million in profit…That far exceeds the $4 million in profit the event generated when it was last held 12 years ago.”

The point to take away from that is the 2016 World Cup is more successful than the 2004 World Cup, just not necessarily in the USA. The same article mentions that “only 766,000 viewers” watched ESPN’s telecast of Canada versus the USA. That’s a low number for what should have been the main event of the tournament up to that point.

When it comes to who is gaining for the NFL ratings dip, I think that Roger Goodell might be getting outdueled by Major League Baseball here. The pennant races are boring this season in the majors, however, numerous teams were mathematically involved in the Wild Card races over the weekend. Furthermore, there is a competition for seedings among the teams that have clinched divisions already.

The Wild-Card system in Major League Baseball was designed to increase late-season interest and this season is an excellent case study of how it helps. If it was just about the pennant races in baseball, like it was in the old days, then regular season baseball games would have been meaningless for a little while now. However, the Wild Card system has kept numerous teams playing meaningful baseball, including mediocre teams.

Along these lines, you have to wonder if the Kaepernick protest first turned some fans off from the NFL. In searching for something else to watch these sports fans may have found the battle for the NL and AL Wild Cards more intriguing than they might have in other years.

Let’s take a look at Sunday night as an example: Sunday Night Football, as already shown, lost viewers while Sunday Night Baseball gained. According to a September 27th article at SportsMediaWatch.com:

“In a reversal from the overnights, MLB on FOX scored a slight increase in viewership over the weekend. In other news, the season finale of Sunday Night Baseball posted a solid gain…” (author listed as just “Paulsen”)

There’s no way that the NFL is going to take this laying down. They’ve suffered a poor start to the season, but they could make up for the ratings dive at the bottom end. What the plan is going to be is a matter of speculation.

Then again, maybe the solution is bigger than the NFL. Maybe the issue that Kaepernick and others call attention to needs to be addressed so that they stop kneeling. However, I don’t see that as being resolved overnight. Nor do I see NFL players continuing to play a role in the decline of the popularity of their own sport. Look for some kind of response or change in the NFL soon or else the dipping ratings will lead to people losing their jobs.