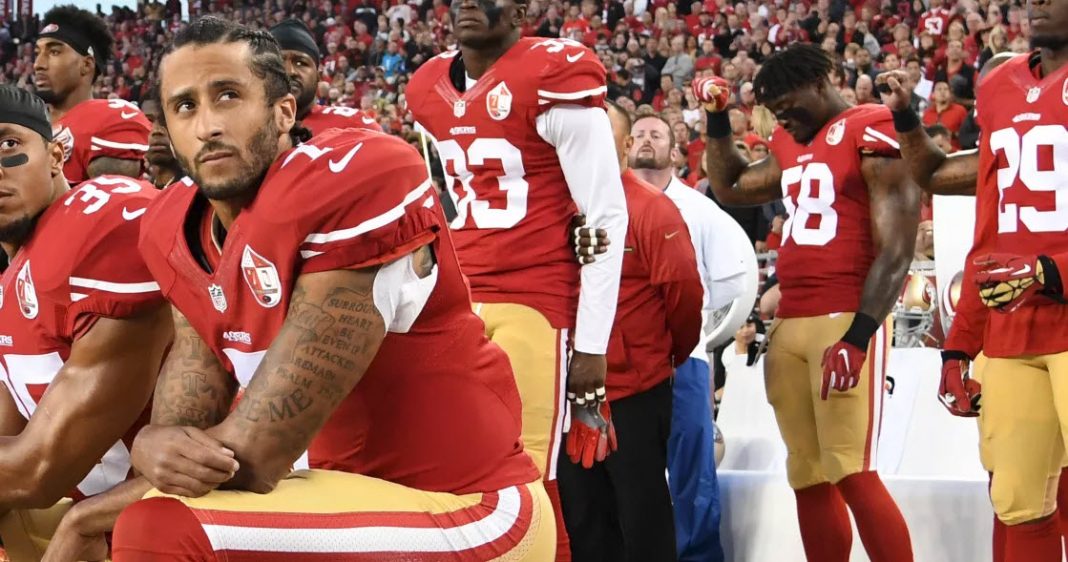 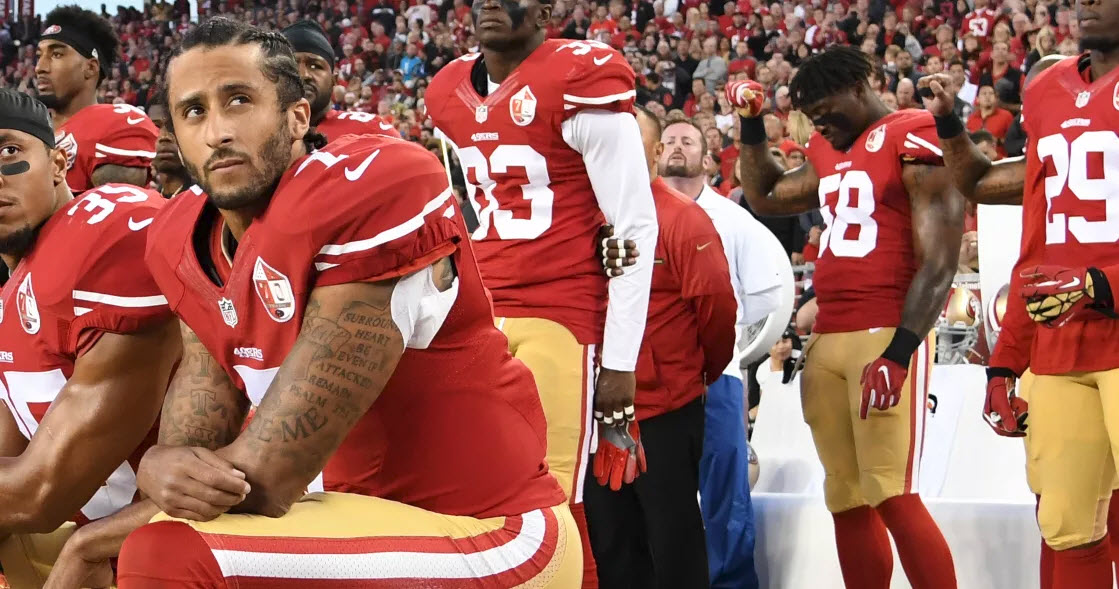 Should Roger Goodell, Owners Step in as NFL Ratings Continue to Fall Amid National Anthem Debates?

Since Colin Kaepernick took his original stance by sitting down during the national anthem, players across the league (and the sporting world, for that matter) have participated in similar protests, be it raising a fist or taking a knee.

One thing is clear, while there are a lot of people who support Kaepernick and the movement, there are a lot more that do not approve, and the NFL’s TV ratings through the first three weeks of the regular season reflect that.

Here’s the reality: the league can only lose from this situation. If you didn’t watch football before, you wouldn’t start because of Kaepernick. On the other hand, four out of ten fans in a new poll said that they will completely stop tuning into the NFL and its broadcasts should the protests continue.

CBS and NFL Network one showing of Thursday Night Football so far this season saw ratings down a whopping 27%. CBS’s Sunday afternoon games have also sustained a 5% drop in views.

So what does this mean? The NFL isn’t as infallible as it believes it is. While Roger Goodell and the owners have been tip-toeing around the protest issue to avoid being “insensitive” or “oppressive,” the league and teams are hurting, and it is time to do something.

Personally, I believe the teams should require all players to stand for the national anthem out of respect for the country, and in return set up a press conference once a week for players to voice their concerns about the state of the nation. Players can use this media availability on Tuesdays to give their opinions on various issues and draw attention to them while saving Sundays for football.

There, everyone wins. Unfortunately, that isn’t going to happen. If the ratings continue to decline, however, I will be very interested in Goodell’s response.