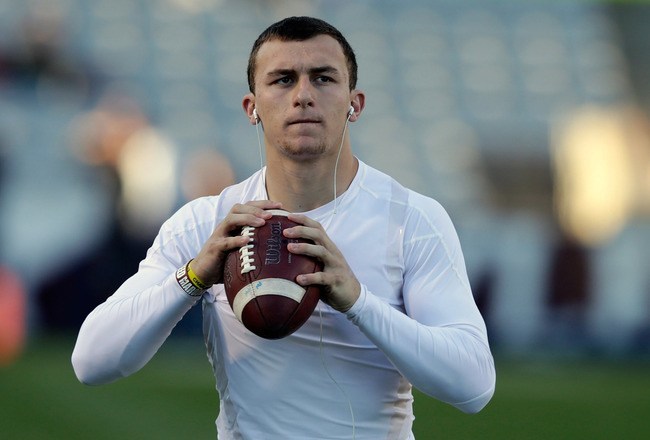 With week two of the NFL preseason starting tonight on the NFL Network, we can now take a look back at week one. It is not the regular season yet so I don’t want to get carried away, but there are some things that were worthy of noting.

Let me start with Johnny Football. Manziel did get plenty of playing time in his first NFL outing. The kid completed seven out of eleven passes, which is good, but it was against preseason players of course. His running was fun to watch but kind of concerning. He is not afraid to stick his head into the defenders, which will eventually cost him dearly. Concussions are no fun obviously, and now lead to multiple games missed. Also, he had a nice run for a first down, but the most glaring part of that run was the fact that he could have tossed the ball to the full back for an easier play. He depends on his running so much that he is going to make it hard on himself I am afraid. It is a challenge for athletic guys like Manziel to trust their passing ability when the option to run is so handy.

Detroit’s Nick Fairley, one of the dirtiest college players of the past ten years, is not impressing his coaches. Fairley, who should be tearing up the league along with Ndamukong Suh, seems to be just coasting along in his NFL career. He has had weight troubles but did trim down before camp. But now he is ballooning back up to ice cream lover level. It is not hard to get booted out of the NFL when you do not perform at the level you are being paid. The former Auburn defensive terror is about to find that out the hard way.

In some Cowboy news, it is apparent that some fans are absolutely incapable of acting civilized. Raider fan is more than happy to remind us of that when we start to forget. Some genius fan decided to get into the fray that started up between a couple of Cowboys and Raiders players. The fan swung a helmet at Dallas cornerback B.W. Webb, who of course retaliated until being pulled back. Hopefully the moron in the stands will have his tickets to any meaningful games revoked. Better yet, I wish he had gotten onto the field and received a proper punch to the face. It is easy to take a swing from the peanut gallery. Much different to walk up to a pro football player and take a swing at him man to man.

Week two of the preseason offers some interesting matchups. The Falcons will travel to Texas to face Houston. The best parts of that game will make it to HBO’s Hard Knocks. The Patriots will play the Eagles. Also the Broncos and 49ers will face off on Sunday. The Monday night game will have more Johnny Football as the Browns go head to head with Washington.

If you don’t have time to catch all the preseason action, there are ways to get caught up. NFL.com has game rewind available for a fee. You can see all the games in 2014 plus archived film back to 2009. Games are also available in the condensed format as well as the coach’s film. NFL radio is also an option if listening while you work is your thing. Be careful with the NFL Mobile app from Verizon. Once you download it, you are automatically subscribed to a monthly fee on your phone bill.