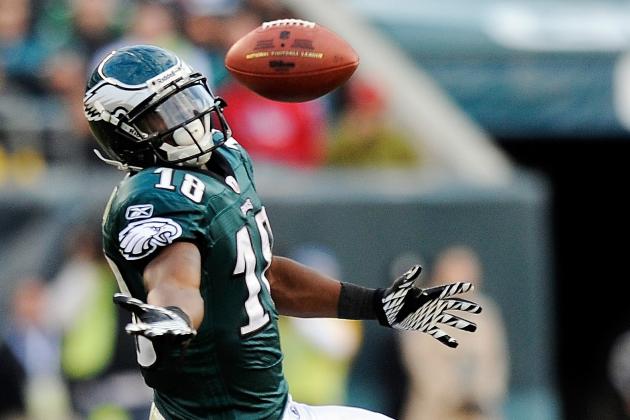 There are 32 NFL teams with 53 men on each roster. Each team has specific coaches for each position not too mention the head guy and the coordinators. With all these players, there are bound to be some that just do not get the playing time or the media attention that they deserve. So these underrated NFL guys are simply overlooked.

Even with all the talent evaluators and the coaches available, they are still going to occasionally overlook a future star in the making. And there are some players that play well on a consistent basis that get praised, but still do not receive the attention that they deserve. While other players on the same level get their name mentioned on SportsCenter and the like, over and over.

There are a few reasons for an NFLer to be underrated. Playing on a bad team or a small market franchise doesn’t allow for the national exposure that some players get. Play on the Cowboys and you are hard to overlook, for better or worse. Start for the Jaguars or Bills and your success or failures won’t make it to the limelight most likely.

Also a player can hype himself up into a better player than he is in reality. Being good with interviews and tooting your own horn will get you some attention. It is bad, but sometimes it is necessary to let people know how good you are if they are not noticing. A shy player will not be at the forefront of the NFL commentators’ minds, so they may get mentioned less often than a boisterous guy like Richard Sherman. Unless a player is at the level of a Barry Sanders, who was notoriously opposed to turning the spotlight on himself, they are easy to ignore. Sanders did not need to come up with a TD celebration dance since he knew he would be returning to the end zone frequently. Not many guys are at that level obviously.

So who are some of the most underrated players going into 2014? I’ll start with Earl Thomas of the Seahawks. This free safety makes it possible for his teammate, Richard Sherman, to do what he does. Thomas is an ultra competitive guy by nature and he does not miss games. He covers his area of the field and simply makes big plays. He had five interceptions as a rookie and matched that number last year. Mix in 105 tackles and you have a play maker that keeps offensive coordinators up at night popping Rolaids with a bottle of Jack on their desk.

Roddy White of the Atlanta Falcons is an underrated receiver who is a pro’s pro. While the media focuses on players like Megatron and Larry Fitzgerald, White has been playing close to their level for years. Fitz and Calvin Johnson deserve all the accolades they receive, but Roddy White needs to be put in their category. The Falcons receiver does get some press, but is often even overshadowed by teammate Julio Jones. Jones is going to be great and is spectacular right now to watch. But he is not what White is to his team yet. If the Falcons can right their ship this year and get back to the playoffs or possibly the Super Bowl, hopefully Roddy White will receive his just due. Being on HBO’s Hard Knocks should help as well.

Unless you follow the San Francisco 49ers on a weekly basis, you might not realize what Frank Gore has meant to that franchise. As a bruising running back for the Niners, Gore has been a rock for them since 2005. To be as physical as he is, it is hard to believe he has been this productive. He doesn’t tear off 80 yard runs like Adrian Peterson, but he does give his team over 1,000 yards almost every single year. The guys in his own locker room know his value I am certain, even if his lack of flashiness keeps him out of the mainstream spotlight. As a running back, his shelf life should be coming to an end. But until some rookie unseats him as the starter, I won’t believe it until I see it.

I hate to use the word ‘game manager’ for an NFL quarterback, but that is about what Alex Smith is to his team. Smith was the man in San Francisco at one point and had them on the verge of a Super Bowl three years ago when some fumbled punts cost them a big game trip. He lost his job to the more athletic Colin Kaepernick, and is now in Kansas City. He led the Chiefs to the playoffs in 2013. If the Chiefs just get better around their new quarterback, he can lead them where that need to go. He is good enough to do it, but he does need the team around him to improve. His stats do not wow people so he gets ignored. But I will take a consistent guy like Smith over an athletic QB who does not know when to throw a ball away or run out of bounds.

If there is a more dedicated NFL football player than Anquan Boldin, please point him out to me. This man, with a capital MAN, is still making big time catches even at 33 years old. He had 85 catches, seven touchdowns, and almost 1,200 receiving yards in 2013. Experts do note how consistent he is when covering his games, but he does not get the credit he deserves. He is tough as nails, as he showed when he came back so quickly after breaking his face in 2008. He is the ultimate team player as well. At Florida St., he switched his position to quarterback for the 2003 Sugar Bowl when the starter was ruled ineligible. Over Boldin’s 11 years in the NFL, no team could have asked for a better receiver. Salary cap issues have caused him to move to three different teams, and that may have cost him some glory. But if I were needing one catch for a first down to ice a game, there are not many guys I would call out to do it, but Anquan Boldin would be my sure bet.