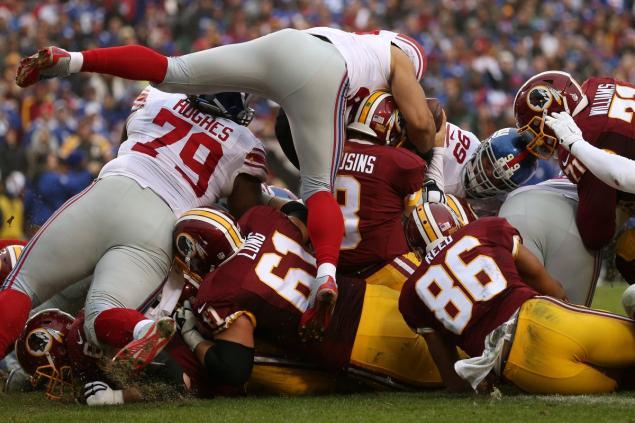 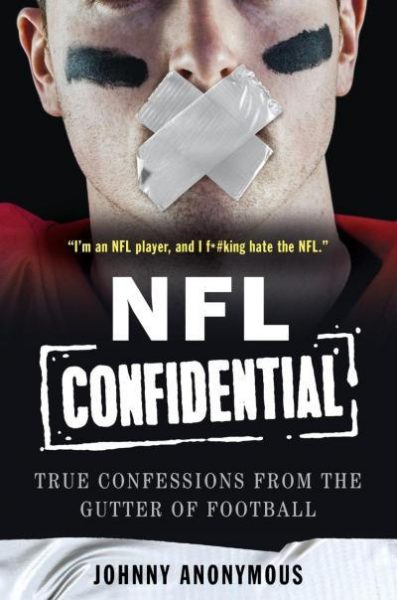 Surprise, surprise. A new tell-all book, “NFL Confidential” shows that the NFL Locker Room isn’t exactly the most social progressive, accepting place in the world. We already knew that. If you recall ESPN’s controversial, but very powerful show “Playmakers” showed the exact same thing. It was so true to life that rumor had it the NFL put some major pressure on the network to cancel the show or miss out on some of their offerings. Interestingly enough, the well-received show didn’t live to see a second season.

But now we have examples, and those are always a lot more powerful. Writing under the pseudonym Johnny Anonymous, an offensive lineman reveals all the dirty secrets of playing in the National Football League in “NFL Confidential: True Confessions from the Gutter of Football.”

The quote on the cover is “I’m an NFL player, and I f*#king hate the NFL,” so use your imagination.

This book hits on everything. First, Anonymous offers his opinion on the blanket personalities of different positions.

“As dull as rocks,” Anonymous says, describing the quarterbacks in the pros. “Completely humorless and absolutely relentless.”

After hearing the other crap that supposedly goes on, it’s for the best that at least a few people just sit back and watch.

“Arrogant, outspoken, selfish,” Anonymous said in an attempt to describe the boisterous wide receiver, the modern-day Chad Ochocinco’s and Terrell Owen’s. “They spend money like it’s their job on jewelry, a couple Benzes, Gucci backpacks—backpacks?—and typically have no shame. On top of that, they’re the funniest guys on the team.”

Credit where credit is due at least.

Offensive linemen will literally piss their pants on the sideline to show their dedication, the black and white players don’t get along nearly as well as you would think, and really the only thing that seems to bond teammates is a mutual homophobia.

Spoiler alert: NFL players don’t view Michael Sam as a hero in any sense of the word. 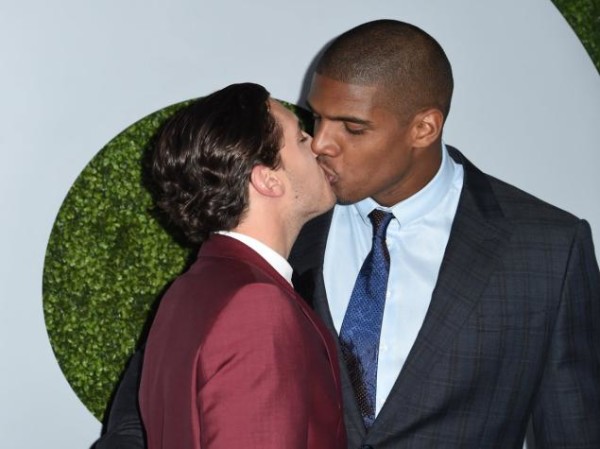 “For all of us the kissing-in-public thing went about 20 steps too far,” he says, referencing Sam and his boyfriend kissing on national television after the St. Louis Rams drafted the linebacker in the seventh round. “To put it delicately, it was f**king gross.”

I guess that isn’t a huge surprise. If you think that the SEC Defensive Player of the Year and a First-team selection just couldn’t make it in the big leagues, you’re insane.

“That’s why you won’t be seeing any more Michael Sams anytime soon. No one wants to be the guy who f**ks up the chemistry on his team.”

“[He’s] someone who tears his team apart because instead of being a leader, he’s a selfish, arrogant prick.”

Anonymous isn’t exactly accepting of the large number of players who take violence lightly. Hailing from “the hood or the trailer park,” only some of the players are able to change.

“For some, if it wasn’t for the NFL, they wouldn’t be playing football, they’d be in prison. Then you got your lucky few like Aaron Hernandez or Michael Vick, who just happen to get both.”

Oh yeah, and apparently getting away with being an alcoholic or hardcore drug addict isn’t overly difficult. In fact, as long as you aren’t late for practice tomorrow, you can do all the street drugs you want.

And when teams pick up players recently cut by this week’s opponent? Yeah, they’re doing it for the other team’s game plan. Anonymous even admitted to giving it up for a shot with the other team. It didn’t work, and he felt guilty as hell.

Anonymous gives his story, his teams’ stories, and the league’s story. The book goes on sale January 5th with the author still lurking on some team somewhere. I hope he remains Anonymous, the last thing the NFL needs right now is more drama. 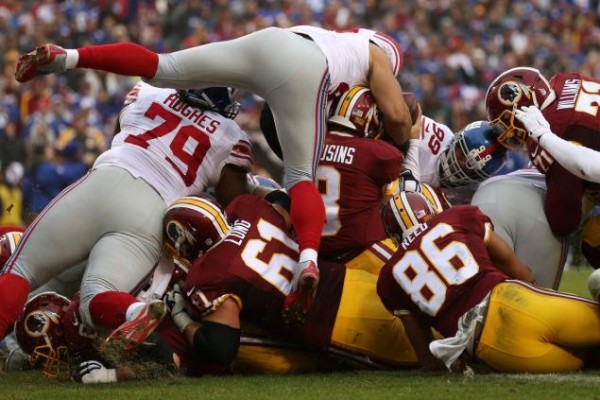 Here’s the full description of the book which you can get here:

Meet Johnny Anonymous. No, that’s not his real name. But he is a real, honest-to-goodness pro football player. A member of the League. A slave, if you will, to the NFL. For the millions of you out there who wouldn’t know what to do on Sundays if there wasn’t football, who can’t imagine life without the crunch of helmets ringing in your ears, or who look forward to the Super Bowl more than your birthday, Johnny Anonymous decided to tell his story.

Written during the 2014–2015 season, this is a year in the life of the National Football League. This is a year in the life of a player—not a marquee name, but a guy on the roster—gutting it out through training camp up to the end of the season, wondering every minute if he’s going to get playing time or get cut. Do you want to know how players destroy their bodies and their colons to make weight? Do you wonder what kind of class and racial divides really exist in NFL locker rooms? Do you want to know what NFL players and teams really think about gay athletes or how the League is really dealing with crime and violence against women by its own players? Do you wonder about the psychological warfare between players and coaches on and off the field? About how much time players spend on Tinder or sexting when not on the field? About how star players degrade or humiliate second- and third-string players?

What players do about the headaches and memory loss that appear after every single game? This book will tell you all of this and so much more. Johnny Anonymous holds nothing back in this whip-smart commentary that only an insider, and a current player, could bring.

Part truth-telling personal narrative, part darkly funny exposé, NFL Confidential gives football fans a look into a world they’d give anything to see, and nonfans a wild ride through the strange, quirky, and sometimes disturbing realities of America’s favorite game. Here is a truly unaffiliated look at the business, guts, and glory of the game, all from the perspective of an underdog who surprises everyone—especially himself.

JOHNNY ANONYMOUS is a four-year offensive lineman for the NFL. Under another pseudonym, he’s also a contributor for the comedy powerhouse Funny Or Die.

You can pretty much break NFL players down into three categories.

Twenty percent do it because they’re true believers. They’re smart enough to do something else if they wanted, and the money is nice and all, but really they just love football. They love it, they live it, they believe in it, it’s their creed. They would be nothing without it. Hell, they’d probably pay the League to play if they had to! These guys are obviously psychotic.

Thirty percent of them do it just for the money. So they could do something else—sales, desk jockey, accountant, whatever—but they play football because the money is just so damn good. And it is good.

And last of all, 49.99 percent play football because, frankly, it’s the only thing they know how to do. Even if they wanted to do something “normal,” they couldn’t. All they’ve ever done in their lives is play football—it was their way out, either of the hood or the deep woods country. They need football. If football didn’t exist, they’d be homeless, in a gang, or maybe in prison.