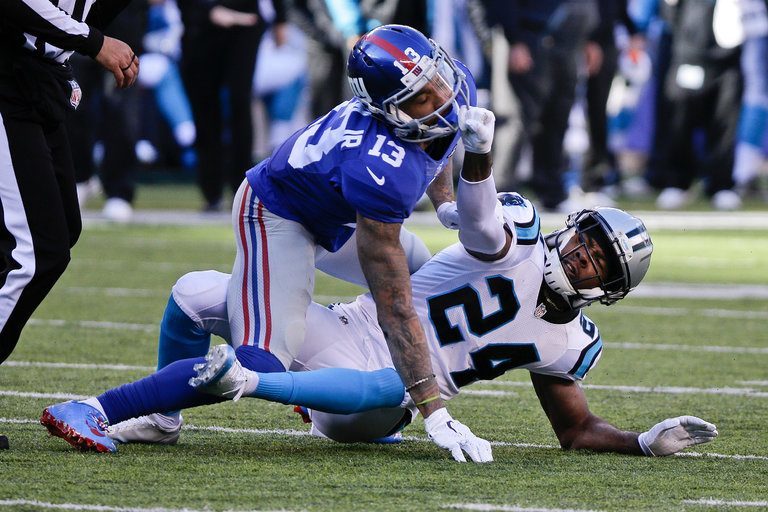 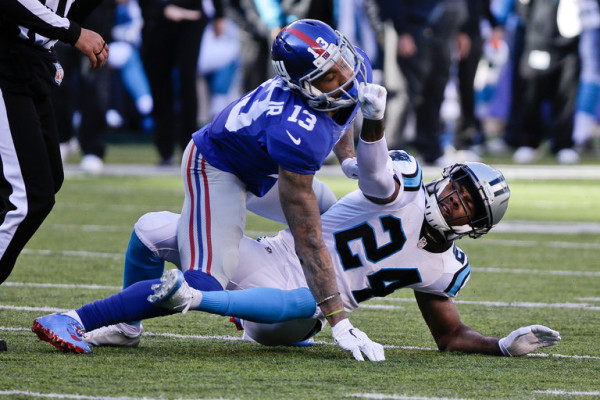 Down by 28 points late in the 3rd quarter, the New York Giants engineered arguably the comeback of the year, tying the game at 35 only to lose to the Carolina Panthers 38-35 on a last second field goal.

The Giants loss is a big deal. Now, instead of everyone talking about the insane, improbable comeback, all the focus is on the obnoxious, relentless fighting between wide receiver Odell Beckham Jr and cornerback Josh Norman.

These two players are at the top of their respective games right now, so there was a lot of hype heading into the matchup. And it was great, but it took a while to get there. Much of the first three-quarters was just embarrassing.

A few plays into the game, Beckham burned Norman down the field only to drop what would have been a long touchdown. Norman then threw him to the ground, and then he threw Norman to the ground, and things just spiraled out of control from there. Beckham ended up with three personal fouls, Norman with one, and even Cortland Finnegan got wrapped into the mess drawing one unnecessary roughness of his own.

Despite the media immediately taking Norman’s side (even though Norman kind of threw the first punch), Beckham had the decency to keep quiet after the game.

“You going to get out here, and you’re going to dance around and prance around like you’re a ballerina, that goes to show you,” said Norman after the game. “When you cut back layers, you see. Everybody saw that live on national TV. There’s nothing that I can show that he hasn’t already been exposed…The maturity level on him is just as a little kid. I think he needs to grow. I tried to do my best to respect people.”

And yes, it got much more vulgar.

Classy. I guess he’s still upset that Beckham scored the game-tying touchdown in man coverage and then celebrated with the classic Allen Iverson Step-Over. Let’s just hope these two teams meet again in the playoffs.