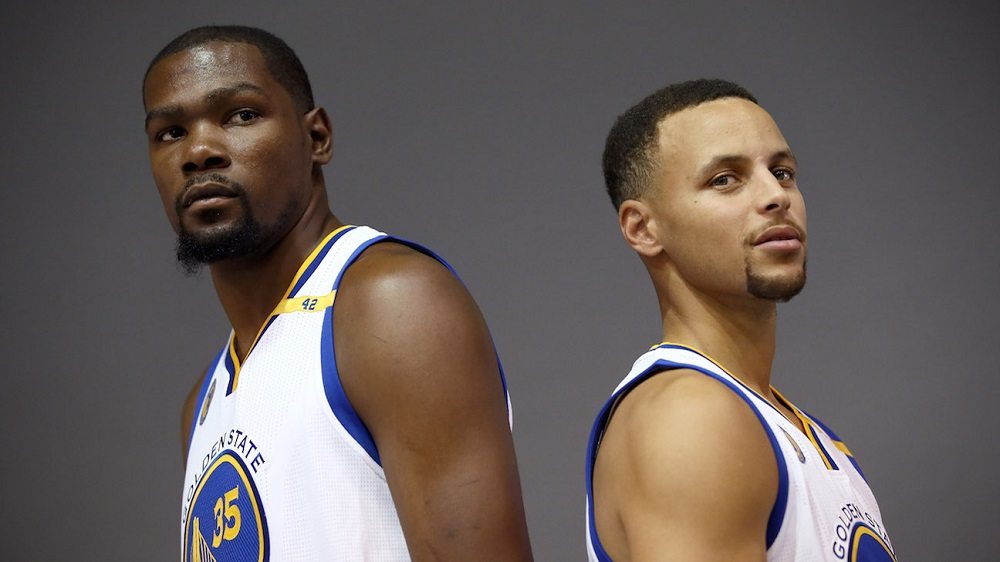 NBA Preseason Brings New Wave of Protests, But a Unity of Hate for Kevin Durant

I know it feels like LeBron James and the Cleveland Cavaliers brought home the Larry O’Brien NBA Championship Trophy a week or two ago, but NBA Preseason Basketball is back already. With the return of professional basketball comes a whole new wave of protests stemming from San Francisco 49ers quarterback Colin Kaepernick’s knee during the national anthem.

It started with New York Knicks center Joakim Noah and his decision to skip the team’s dinner at the U.S. Military Academy because he doesn’t believe in war.

“I love America, but I just don’t understand kids killing kids around the world,” said Noah, who was born in N.Y. but also has citizenship in Sweden and France, when asked about his refusal to attend. “At the end of the day, I’m not anti-troops. It’s just not comfortable for me to see kids going out to war and coming back having seen what they’ve seen, having done what they’ve done. It’s sad for me. It’s sad for me because they’re just sent out for things that I don’t really want to get into it, to be honest with you. It’s hard for me.”

Unfortunately for the former Chicago Bulls superstar, war has been around about as long as humans. No one wants kids to kill kids. I’m not exactly sure what Noah is trying to draw attention to here, honestly.

Carmelo Anthony also addressed the protest issue, stating that the Knicks would do something as a team.

Other stars, such as LeBron James, have said that they would not protest but support the movement.

The Toronto Raptors locked arms during both the American and Canadian anthems before their preseason opener against the Golden State Warriors. The real headline, however, from the Warriors’ 97-93 loss is the shower of boos that former MVP and superstar Kevin Durant received every time he touched the ball.

If the people of Rogers Arena are any indication, Durant can expect a lot of hate anywhere the team travels. While players and fans remain divided on the subject of national anthem protests, at least all sports fans (outside of the Greater San Francisco Area, I suppose) can agree that KD is the deserves to feel the hate for his decision to leave the Oklahoma City Thunder during the offseason for a Warriors team that won 73 games this past season and the NBA Championship the year before.

The Warriors, of course, don’t care.

“I really don’t like him,” joked Stephen Curry after the game. “I’m just messing with you. It’s just funny. I highly doubt anybody in this arena was affected by [Durant’s decision to leave OKC]. It’s just kind of buying into a narrative that doesn’t really make sense. It probably won’t be the last time. But he handles it well and at the end of the day it’s just about playing basketball.”

Curry’s attempt to turn it around on the fans only makes me hate the Warriors more. At least Durant confessed that his first game not with the Thunder/Seattle SuperSonics was different. He wouldn’t, however, admit to the disdain in the building.

“I heard more cheers than boos, to be honest,” said KD. “But I was just so locked in on trying to get ready for the game that I wasn’t really focusing or listening too hard for any boos or anything. I heard cheers, though.”

At least we all have a mutual hate of the Warriors to bring us closer in these divisive times.