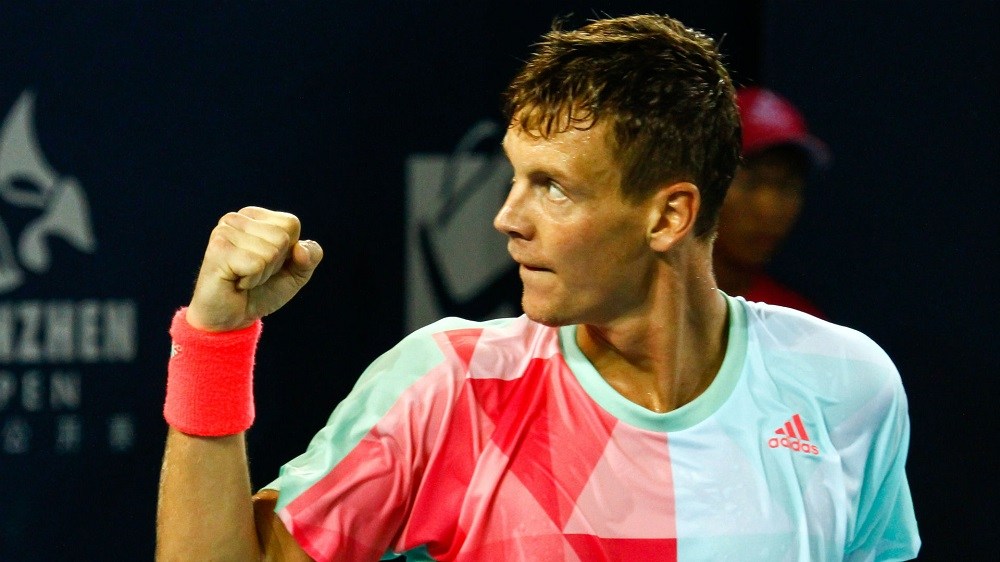 Two tournaments on the ATP Tour concluded over the weekend, both of which were played in China. The ATP Chengdu draw produced a first-time champion on tour in Karen Khachanov, a 20-year old Russian with a future that appears quite bright. Meanwhile the conclusion of the ATP Shenzhen draw saw a tour veteran in Tomas Berdych add another title to his count.

Khachanov survived a difficult draw for a 250-level event. He opened the tournament against Joao Sousa of Portugal, the event’s 7th seed. Following a straight-sets victory in that match, he faced Adrian Mannarino and veteran Feliciano Lopez, winning both of those matches with just one dropped set. Viktor Troicki did not provide much of a challenge in the semifinals, and then Khachanov defeated Albert Ramos-Vinolas in a three-set final. That’s a very strong showing for a player as inexperienced as Khachanov and his efforts produced a major ranking gain on Monday.

The 6’6″ Russian is now ranked as the World No. 55, up 46 spots from last week. He joins Nick Kyrgios and Alexander Zverev as NextGen titlists on tour this season. Khachanov spoke about his victory after the match:

“I can’t believe I won my first title. I am very happy. I have been working hard, and I am happy to achieve my first goal.”

“In the second, I was thinking to win the set and keep fighting. I was playing against a guy much higher-ranked than me, so I just had to focus on every goal and keep going. You cannot lose focus and be relaxed. I was just pushing myself to the limit, and I got the second set and then the third.” 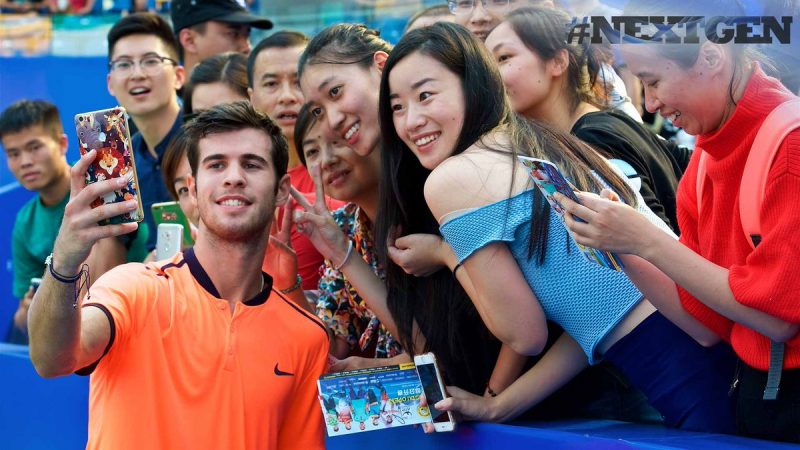 With Khachanov’s height, his biggest weapon promises to be his serve. Ramos-Vinolas, who made the French Open quarterfinals this season, referenced the Russian’s service abilities after the match:

“I fought as much as I could. And I think I didn’t play bad. I can play better but he played so well and what can I say, I’m not happy, but maybe I’ll be happy tomorrow. It was not so good today, but also he was serving so well and so fast. That’s why I didn’t return so well.”

Over in Shenzhen, Berdych improved his outlook when it comes to qualifying for the year-end ATP World Tour Finals. The Czech, who missed the US Open with appendicitis, has never been a great tournament closer. However, he certainly got the job done on Sunday as Berdych defeated Richard Gasquet in the final 7-6, 6-7, 6-3.

“Five weeks ago I was in the hospital; now I’m sitting here with the trophy. Things are changing very quickly. Luckily for me, everything is going well, I’m feeling good, sitting here as a winner. I’m just taking all this as a bonus, that I can play and win some matches.”

Berdych currently sits 9th in the race to London, the bubble position for the event. If he is to make the 2016 World Tour Finals in November, then he’ll either need to gain a spot or maintain his current position and fill in if one player ranked above him decides not to contest the tournament.

Chengdu and Shenzhen were both 250-level events, meaning they offered 250 ranking points to their champions. Things heat up a bit more this week in Tokyo and Beijing where two 500-series events are currently running.