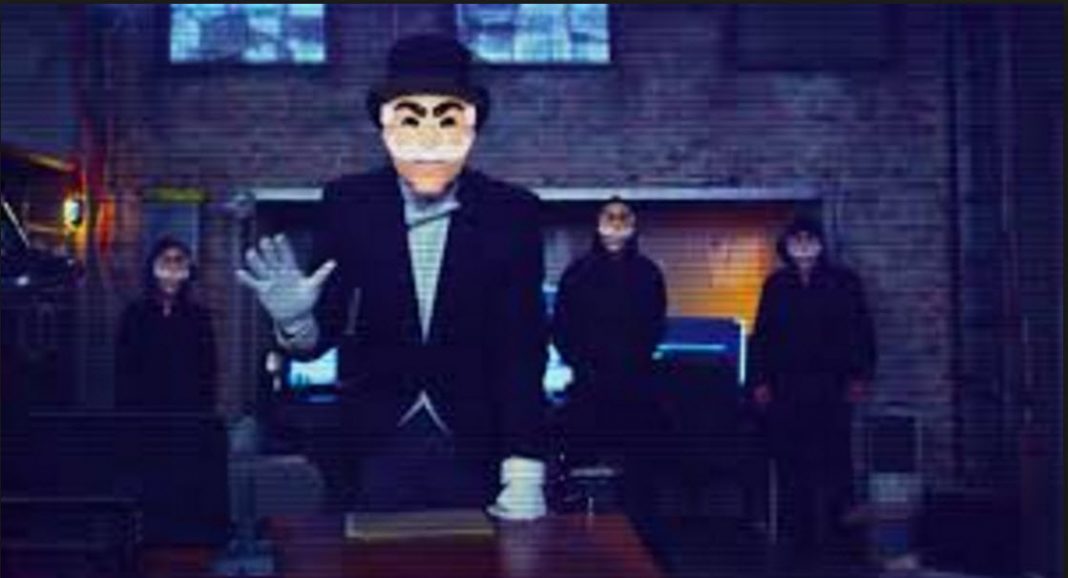 Last week, USA Network’s critically acclaimed mind-bending thriller Mr. Robot returned with the premiere of its 2nd season. This week, the story continued with the 3rd episode titled, “eps2.1_k3rnel-pan1c.ksd.” In it, Elliot tries to rid away of Mr. Robot. Meanwhile, Angela gets even deeper into the world of E Corp (aka Evil Corp).

The episode begins with a telling flashback that explains some of the history behind F Society. It is revealed that the arcade that the hacker group occupies had a series of violent crimes occur within it in the past. However, this didn’t stop Mobley from recruiting Romero (who at the time had the arcade in his possession) and turning the rundown place into a hacker-safe haven,

After the title credits run through, we join Elliot back where we left him last week. He is in the midst of a phone call from the ever-elusive Tyrell. Unfortunately, their conversation is cut short, as Mr. Robot suddenly hangs up the phone. He tells Elliot that it is not safe for him to be conversing with the “Most Wanted Man in the World” over the phone. He also credits himself for getting Elliot in contact with Tyrell.

While Elliot wants to talk further with Tyrell and figure out just what he had been a part of, he is also determined to rid away of Mr. Robot.

Elliot meets up with his new friend Leon at the neighborhood basketball court. Still struggling with his inner demons, Elliot has convinced Leon to supply him with a notable amount of Adderall. Subsequently, Mr. Robot confronts him and tries to guilt trip him into not using the drugs (bringing up his past morphine dependency). However, Elliot says that the Adderall is actually his way of trying to release himself from Mr. Robot’s seemingly inescapable grasp.

The mind games continue, as Mr. Robot utilizes Elliot’s hallucinations and paranoia to make him believe that he was force fed cement by a group of black-clothed men. In reality, this was just Mr. Robot’s way of getting Elliot to throw up the excessive amount of Adderall he had just downed. When Elliot clues in on Mr. Robot’s ploy (and realizes the cement incident was all a figment of his – well Mr. Robot’s – imagination), he comes to it and winds up desperately eating some of the pills he had just thrown up.

Meanwhile, Angela is shown in a one-on-one meeting with the CEO of E Corp, Mr. Price. They are heard arguing about the interview she had just finished setting up with Bloomberg. Eventually, Price ends up agreeing to the interview, but not before making sure he had Angela wrapped around his finger. She has dinner with Price, as well as two other high-power executives. During the meal, Price reveals that the two men dining with them are the ones responsible for covering up the oil spill that ultimately led to Angela’s mother’s death. Afterward, he then plays with her thoughts and emotions as he gives her the information she would need to get them locked away for “insider trading.” While Angela is clearly struggling with everything that has been suddenly thrown at her, Price is reveling in the fact that he has found his latest pawn.

Introduced last week, we get some further insight into FBI agent Dominique (Grace Grummer). She is a Billion Dollar Listing New York-watching, coffee chugging New Yorker who has really no clue where to start when it comes to cracking the mystery of F Society. She heads off to a crime scene, which just so happens to be that of F Society member Romero. Dominique is hailed to crime because Romero had a list of agents’ names in his pocket – her name included. Unfortunately, before she has a chance to intervene, a forensics team member ends up triggering Romero’s unlocked desktop to burst into flames –likely losing plenty of valuable Intel.

On the other side of town, Darlene meets up with Trenton and Mobley (who had discovered Romero’s body at his mother’s house). Mobley is convinced that Elliot is the one imposing danger on the members of F Society. He states that he thinks the Dark Army is behind it all, but Elliot is the one leaving a trail for them to follow. Darlene takes off to find Elliot, while Mobley tells Trenton, “I don’t trust her, or her crazy ass brother…they just committed the crime of the century and they’re trying to cover their tracks. Right now, we’re the tracks.”

Ray, the neighborhood character introduced last week, is further explored this week. While there is still plenty of mystery to him, he is seen talking to his dead wife. Later in the episode, it becomes evident that he sought out Elliot in hopes of getting his help with some elaborate cyber mission.

Elliot’s plan to use Adderall to scare off Mr. Robot seems to be working, as he has gone 3 days without sleep and Mr. Robot. Taking 200mg of the drug a day, Elliot is like a whole new person. While he is much more engaged when it comes to Seinfeld discussion with Leon and he is seen happily skipping through the streets, it becomes quite clear that he is on the brink of imploding. The lack of sleep and the excessive amount of drugs have brought him to an inevitably unsustainable state.

The episode rounds out with Dominique paying Romero’s mother another visit. Unfortunately, his mother doesn’t offer much help in the form of insight on her son’s mysterious death.

While at Romero’s mother’s place, Dom goes to grab some water using a glass that is wrapped up in preparation for a move. When unwrapping the glass, she realizes that the paper used is covered in computer code. She keeps digging around in the moving box and proceeds to discover one of the posters from F Society’s “End of the World Party.” Visiting the address specified on the poster, Dominique discovers the arcade with the broken sign reading “F Society.”

This circles back to the flashback featured at the beginning of the episode. During which, Mobley is heard asking, “What happened to the ‘u’ and the ‘n’?” with Romero replying, “Oh that, that’s a story for another time.”

You can catch more Mr. Robot next Wednesday, July 27 on USA.

Next Week on Mr. Robot:

Elliot and Ray’s friendship continues to develop. Meanwhile, Darlene tries to determine whether she – and F Society – should be more threatened by the Dark Army or the FBI.