Home All News TV News Rami Malek’s ‘Mr Robot:’ Why you should be watching 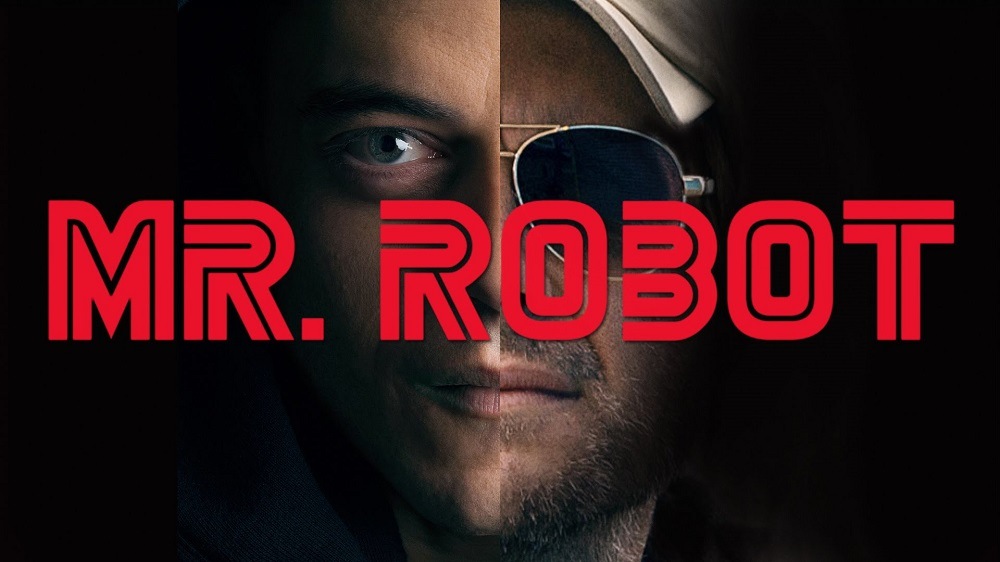 USA Network’s show Mr. Robot is one of the few new shows that debuted in 2015 and managed to capture the attention of both audiences and critics. The show is an American drama-thriller that follows Elliot Alderson, an incredibly talented computer hacker who suffers from severe social anxiety and depression. While trying to overcome his own personal struggles, Elliot and a team of fellow hackers try to overthrow a large corporation and free everyone from the debt that company holds against them.

Despite hearing about Mr. Robot on multiple occasions, including when it won a Golden Globe for “Best Drama Television Series,” I only just recently gave it ago. And without a doubt, I am glad I did. In only a matter of days I managed to get through the whole 10 episodes of the first season, as the show proved to be well written, well acted and eerily relevant in today’s technology driven world.

The show stars actor Rami Malek, who has been in several previous projects before Mr. Robot, but truly shines in this series. Rami plays the lead character Elliot Alderson and does a highly commendable job on portraying the messed-up, drug-filled world that Elliot has found himself in. Other notable actors in the show include Carly Chaikin, who plays Elliot’s equally computer-smart sister Darlene, Portia Doubleday, who plays Elliot’s childhood friend Angela, and Christian Slater, who plays Elliot’s anarchist father (who is known on the show as “Mr. Robot”). 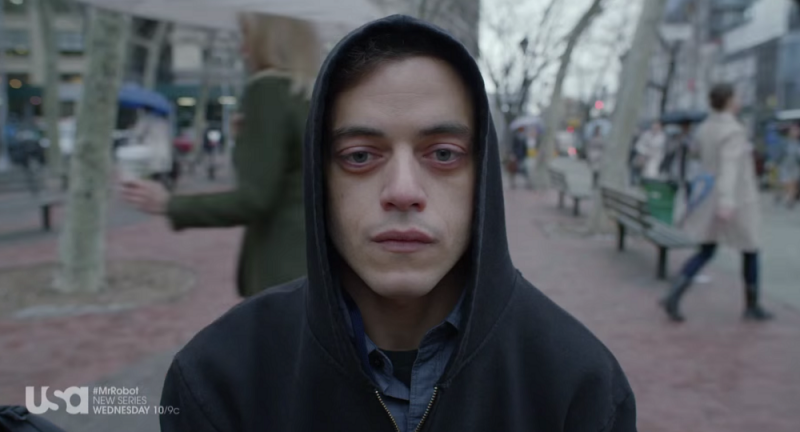 Due to the fact that the show is played out through the eyes of Elliot, as a viewer you are inevitably lead to believe that they way he sees the world is how it really is. While it is clear that he is a young man with more than his fair share of issues, you can’t help but sympathize with his desire to fit in with the world and escape his ever-growing loneliness. In the beginning, the show goes into detail about how Elliot is fascinated with hacking everyone he meets. From doing so, he is able to uncover not-so-pleasant deeds and details of people around him, from affairs to lies to illegal crimes. In an attempt to protect those he cares about, Elliot takes it upon himself to deal with the unsavory characters in their lives. However, this secret life creates a barren hole in which Elliot feels himself becoming more and more detached from everyone around him.

Meanwhile, Elliot’s day job is working at a cyber security firm called AllSafe, with his childhood friend Angela. Due to the incomprehensible amount of time outside of work that Elliot puts into computer hacking, he is clearly one of the most (if not the most) capable employees at the firm. Unfortunately, this leads to an internal conflict, as AllSafe protects one of the biggest corporations in the world, E Corp (or as Elliot calls it “Evil Corp”). E Corp just so happens to be the holder of millions of peoples’ debts, including the $100,000+ in student loans Elliot’s best friend Angela owes. Therefore, when Elliot is confronted by “Mr. Robot” and let in on the plot to cancel all of the debt E Corp holds, it doesn’t take much to convince him to join in.

Elliot, Mr. Robot, and a team of hacktivists all go under the handle “FSociety.” Through a series of elaborate stings, the group is able to completely wipe all of E Corps debt information and free the people of their financial burdens. Inevitably, this causes a worldwide economic crisis and plenty of fall-outs amongst the banks and corporations of the world.

Towards the end of the series, the E Corp plot line takes a bit of a back seat to Elliot’s own issues. As the season goes on, it becomes clear that what we have been led to believe by Elliot isn’t necessarily reality. In fact, the story takes a huge twist when Mr. Robot is revealed to be Elliot’s deceased father. Furthermore, he is not some paranormal ghost who has risen from the grave; instead, he is merely a figment of Elliot’s imagination that has been guiding him through a scheme that was in actuality all his own creation. This revelation is further confirmed as Angela and Elliot’s sister Darlene expresses concern over Elliot’s sanity and insinuates that they have dealt with this level of crazy from him before.

In the season 1 finale of Mr. Robot, Elliot seems to finally come to terms with his own insanity. He begins to embrace the fact that the world he has been living in has been, for the most part, all in his head. Even though he realizes that Mr. Robot is just a figment of his imagination, he decides to continue to look to him for guidance. He is evidently conscious that he is far too lost in this world of paranoia, conspiracy and fictional beings to return to the ‘real’ world.

While the show can get confusing at times, just because of all the twist and turns thrown in, it does manage to still establish a completely captivating story line. It has the ability to tell an increasingly complex story in a way that leaves you believing you know what’s going on – until you don’t. It’s interweaving of the theme of computer privacy and the newest wave of attack – computer hacking – as well as the unethical operations of huge corporations is right on point with some of the most prominent stories in today’s news.

Furthermore, Mr. Robot is definitely worth the watch – especially with the second season debuting soon. Arguably one of the best shows on TV right now!

You can catch the premiere of season 2 of Mr. Robot when it airs on Wednesday, July 13 on USA.