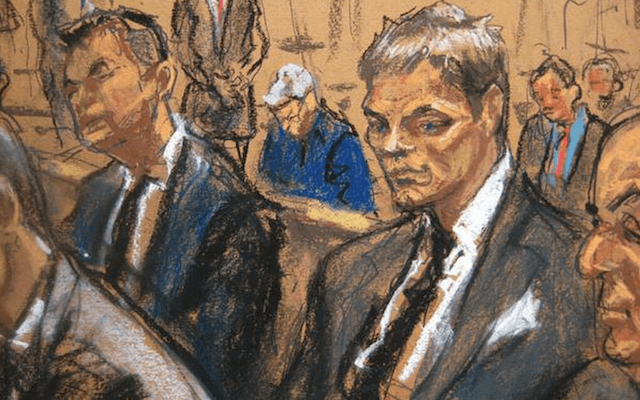 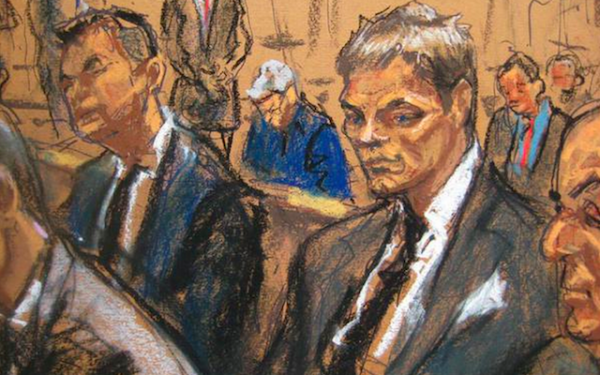 How many more lives must be ruined before the NFL, namely King Goodell, drops this entire Deflategate thing? Are we to continue with it forever, or just until after kickoff of week one when we will know whether Tom Brady had to sit or rightfully made it onto the field.

I’m sick of hearing about it just like most football fans. How much more ridiculous can this thing get? Stick around.

I must admit I enjoyed the latest point on this scandal’s time line, that being a poor court sketch artist that made Tom Brady look like either a crackhead or very similar to The Creeper from Scooby Doo. This artist is one of the lives that has been at least temporarily ruined by Deflategate. The court should probably fire the poor woman who turned the Golden Boy into a hideous version of himself. But who knows, she might get a better gig doing illustrations for “The Walking Dead” next season. She was reportedly able to make Robert DeNiro look like himself, but maybe she was painting what was inside of Tom Brady‘s soul…who knows.

Let’s talk about the relationships that have been trashed by Deflategate. Not that I care about a couple of filthy rich individuals like ole Bobby Kraft and Roger Goodell. These guys don’t need anyone’s sympathy. I just find it insane that their friendship has been pretty much trashed because of some air pressure in a few footballs that may or may not have been within specification during a game in which the “cheaters” could have spotted the “victims” three touchdowns and been fine.

Teddy Wells didn’t come out unscathed either. From everything I read about Wells before he started his investigation into the Patriots‘ alleged tampering with footballs, the guy was well respected. His role in this scandal has surely cost him lots of respect, not to mention making him seem like the slowest investigator in history. Wells’ won’t be losing any sleep since he padded his mattress with some high stacks of NFL cash, so we can’t say his life was wrecked, just his good name.

I could cry about all the hours I have been subjected to talking heads on TV who have gotten paid good money to talk all offseason about how many snaps Jimmy Garoppolo has been getting. So cry I will. This reporting was about as critical as knowing what kind of shampoo Tom Brady uses. That would actually matter more than Garoppolo’s snap percentage during training camp.

Then there’s this poor Judge Berman who got handed this case once Brady’s appeal fell on deaf ears attached to a hard head belonging to Roger Goodell. This man went to law school and must have been a successful lawyer in order to earn the title of judge. Yet here he sits listening to an argument between millionaires over football air pressure. He must not be a sports fan or watch the news since he thought it wise to order Brady and Goodell to continue negotiations in “good faith.” That good faith evaporated a while back.

“What is the direct evidence that implicates Mr. Brady?” Judge Richard M. Berman repeatedly asked NFL lawyer Daniel L. Nash. That single question should let the NFL know that they will need more than circumstantial evidence and general opinion if they wish to keep Tom Brady on the bench for four games. This is a real court, complete with standards and guidelines. It will not be the kangaroo court run by Judge Rog.

With the preseason now underway, Deflategate needs to be wrapped up to make way for real NFL action and news that impacts the game going forward. The League got what it wanted with amazing doses of publicity during the offseason. It’s time to move on.

I know Goodell isn’t going to back down at this late hour, so it’s going to take a real life judge to clean this mess up for us. I don’t want Brady to back down, even though that’s what some fans want since they see Brady’s appeal as childish. These folks want Tom Brady to give up the fight and accept his punishment since they believe he is guilty.

The guy should fight it as long as it’s financially logical….even if he is guilty of deflating those footballs. Since the League has no solid proof against the man, why should he cave? A sense of fairness and sportsmanship?

Every player and team does what they can to get slight advantages. Some take PEDs. Some do unthinkable things at the bottom of a pile after a fumble. Some hold on every play even though it’s illegal.

If Tom Brady is guilty, then it’s on the NFL to prove it. Otherwise #12 will be starting on opening day for the Patriots. Unlike Ted Wells, Judge Berman doesn’t work for the NFL, so his findings will be quite different. In the meantime I just hope no more court workers’ lives are ruined. The longer this stretches out, the more opportunity for the bailiff, paralegals, and stenographers to screw up like the now famous sketch artist did. Deflategate has ruined enough lives already. Godspeed Judge Berman.