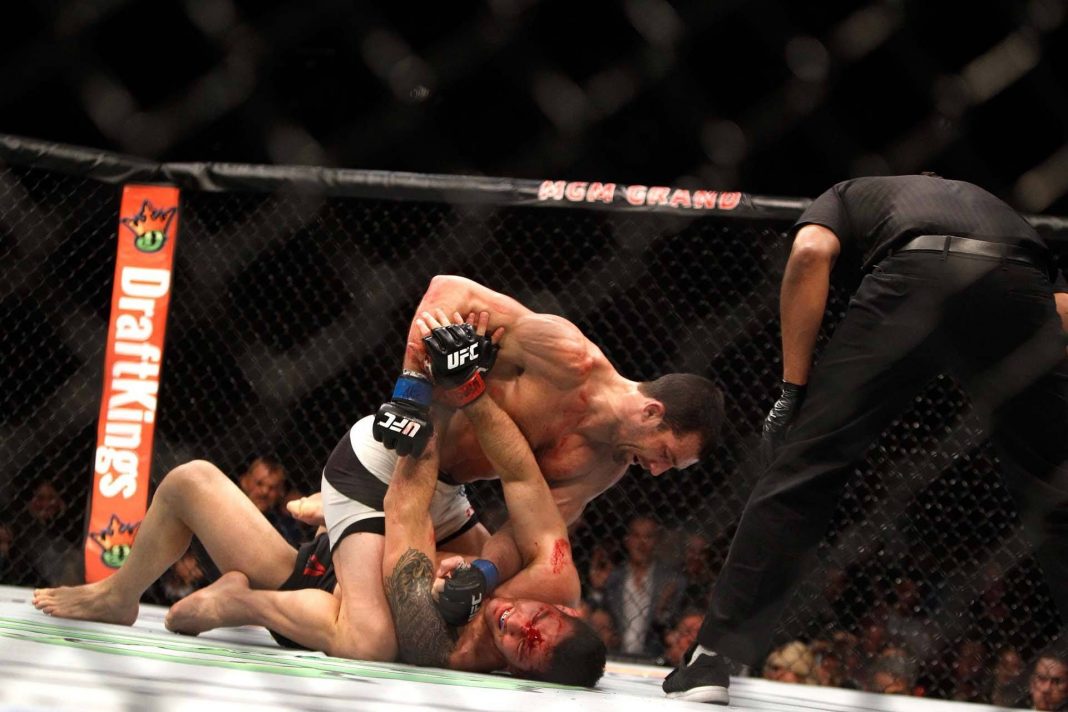 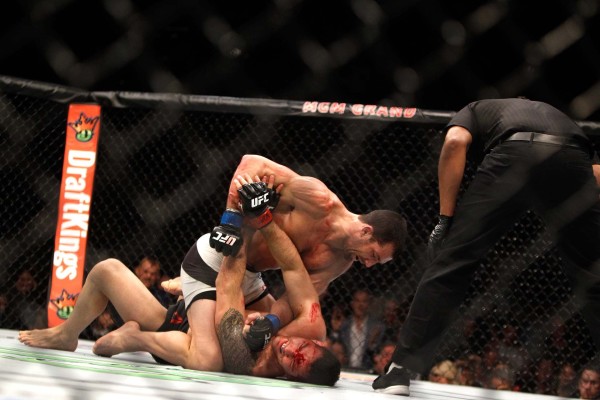 This Week in MMA: Enough Action and Excitement to Last a While

Featuring three massive UFC cards—one, UFC 194, being the largest of the year—this week in MMA will go down in history as one of the craziest (and best) ever. In fact, there were so many solid fights and impressive results that it would be difficult to recap all of the action.

But, there’s an obvious starting point that’s still on the minds of most every fan: UFC 194’s main event.

In any sport, or even in any general walk of life, it’s incredibly rare to find a person who is able to hype his or herself up effortlessly, and proceed to back all of this talk up with irrefutable results.

Conor McGregor—the UFC Featherweight Champion of the world—has done just that. It’s been a taxing journey to the top for the Irishman, but he’s consistently believed in his abilities and talent.

And while some of this was certainly put-on for the camera, there was no denying just how confident, calm, and collected the man looked while walking to the Octagon in a jam-packed arena, to fight who many consider to be the greatest of all time.

There’s been a great deal of doubt about McGregor’s skills, but with this performance against Aldo, there really isn’t a whole lot of criticism that can be directed towards him or his abilities. He made the most definitive possible statement in defeating Aldo in that fashion.

There’s plenty more to recap, but on a final McGregor note, it will definitely be interesting to see what he does next—stay at featherweight and fight Frankie Edgar, move to lightweight and fight for the title, or the option that largely hasn’t been mentioned yet—rematch Aldo. The latter is unlikely, but not impossible—the fight would certainly pull huge profits for the company.

In an exciting affair, the two best middleweights in the world—Chris Weidman and Luke Rockhold—battled for the strap, in what was easily the best fight on the main card.

The back-and-forth action of the fight saw Weidman finding success with early takedowns and some in-close strikes, but ultimately, the difference of the contest appeared to be the vicious and smashing kicks of Rockhold, which he landed with frequency.

The turning point came in the third round—a round which Weidman was arguably winning—when he threw and missed a spinning wheel kick of sorts, which allowed Rockhold to grasp ahold of him and take the fight to the ground. From there, the AKA product achieved mount and landed some vicious strikes—the contest could have easily been stopped at the end of the third round, but somehow Weidman persevered and made it to the bell.

The end would come in the next round when Rockhold again achieved mount and peppered Weidman with more unanswered strikes.

It was a once again exciting and tough performance from each man—the two most well-rounded middleweights in the world, arguably.

But where the division moves from here isn’t quite as clear-cut. Romero received the split-decision nod against Jacare in the featured bout of the night, in rather an unconvincing and controversial manner (as demonstrated by his late cardio issues, the general scorecards, the blatant cage grab, and his corner’s water-pouring skills).

To be clear, the UFC doesn’t want Romero to fight for the belt. For a number of reasons—the language barrier, the controversial nature of his wins, his age, and the fact that he probably didn’t deserve the nod against Jacare—a title fight would be ultra-difficult to promote.

But when the middleweight rankings are reviewed, it’s difficult to pinpoint another viable contender; between the two of them, Weidman and Rockhold have bested the majority of the division’s top athletes.

To conclude this thinking here’s an interesting—albeit incredibly unlikely—proposition. Pull Bisping from his bout with Gegard Mousasi and replace him with Roan Carneiro (the two were originally expected to fight at UFC Japan earlier this year, and are currently scheduled to fight just six days apart).

Michael Bisping receives his long-sought title shot in a fight that could be easily marketed as an exciting rematch while Weidman fights Romero for the number-one contender spot.

And, Jacare gets booked against Derek Brunson, who is currently scheduled to fight Carneiro (obviously, this detail isn’t too important).

There’s plenty more action to recap, but as a fan, this is actually a rather appealing plan.

Tons of Fighters Impress in Other Bouts

It’d be easy for some of the other, ultra-impressive performances of the week to get lost in the rubble, given the quantity of bouts. Let’s take a look at some other fighters who impressed.

Frankie Edgar defeated Chad Mendes via first-round knockout in what was also a very surprising contest. “The Answer” has now fully demonstrated that he is ready for another shot at the title.

Tony Ferguson cemented his status as one of the best lightweights in the world after a thrilling victory over Edson Barboza. It might be a minority opinion, but I’d like to see the two rematch immediately, as the illegal upkick that Ferguson landed to the chin of Barboza visibly stunned him, and may very well have affected the outcome of the fight.

In dominant and surprising fashion, the resurged Evan Dunham defeated well-rounded fan-favorite Joe Lauzon via unanimous decision. Dunham has greatly improved his overall game, and it’ll be interesting to see where he goes from here. Lauzon may have looked a bit off, but he still has some exciting fights in him, certainly.

Rose Namajunas bloodied, battered, and submitted Paige VanZant in their main-event contest at UFN 80. It was incredibly impressive and demonstrated how far the game of “Thug Rose” has come.

Michael Chiesa defeated the seasoned and skilled veteran Jim Miller via rear-naked choke, in a performance that will certainly help him move up in the rankings.

Thiago Santos defeated the previously unbeaten Elias Theodorou in their contest via unanimous decision. A large underdog is coming in, the Brazilian worked hard to secure the nod in a fight that was very fun to watch.

Moreover, UFN 80, when reviewed, had only two fights go to a decision. Anyone who missed it should consider giving it a watch.

During UFC 194’s live broadcast, the promotion revealed some interesting fights for its upcoming UFC 196 card, including:

K.J. Noons vs. Josh Burkman at lightweight (what a cut for Burkman!)

The event is scheduled to go down on February 6th in Las Vegas.

Even with all of this action, there’s still a lot more for fans to enjoy (hopefully, nobody is too burned out!), as the lightweight belt is on the line next weekend when Donald Cerrone rematches Rafael dos Anjos—live and free on Fox.