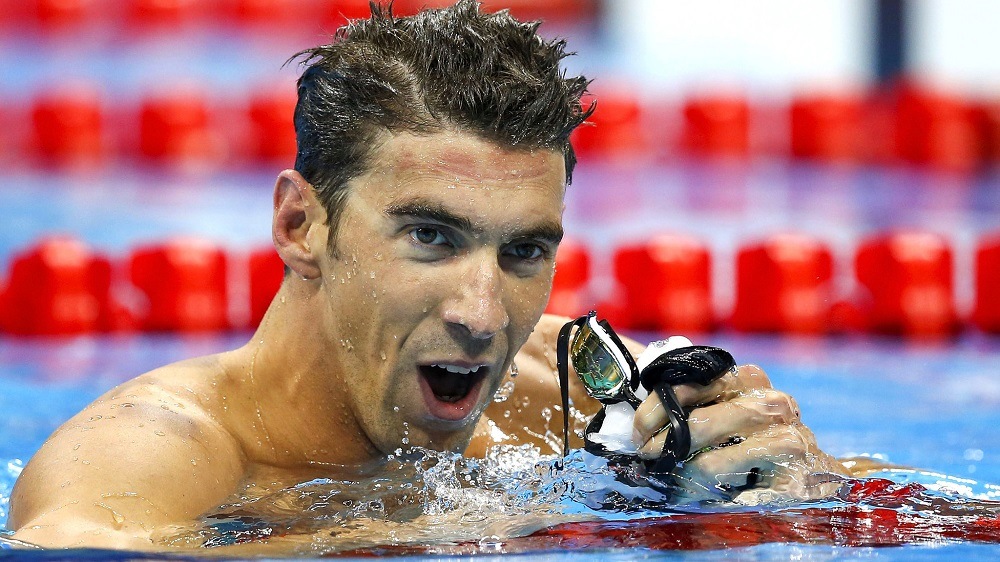 Michael Phelps said before the 2016 Rio Olympics that he had planned on breaking records and he’s not only done that, he’s also challenging a 2,160 year old record help by the Leonidas of Rhodes. The swimming phenom picked up his 22nd gold medal on Thursday, but he’s done yet as he’s got more events to win.

The “Baltimore Bullet” has also joined the track and field Olympians Al Oerter and Carl Lewis as the only Americans to win an individual event four times.

Quick history lesson: Leonidas won 12 individual events over four Olympics. At 36, five years older than Phelps, he won his last three events in 152 B.C, in races of about 200 and 400 meters, and in a shield-carrying race. Phelps surpassed Leonidas, winning his 13th individual gold (and 22nd gold overall and 26th medal).

Phelps was timed in 1 minute 54.66. He won by over a bodylength, and the time was his second-best ever behind a 1:54.23 from Beijing. He held up four fingers afterward to indicate his four consecutive victories in the event, or the four golds he’s won at this Olympics.

“Right now I don’t know how to wrap my head around that,” said Phelps, on winning his 13th individual gold. “I don’t know what to say. It’s been a hell of a career.” 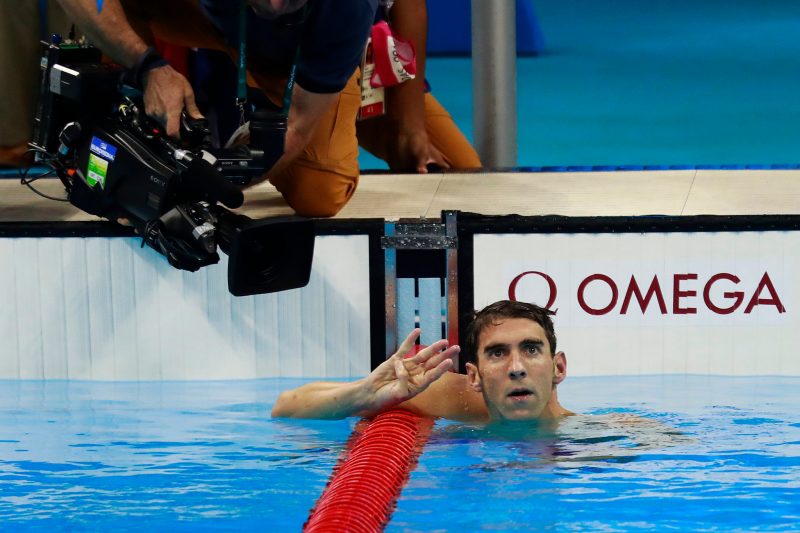 It’s not Michael Phelps’ fault, the fact he makes it look so easy.

He makes you think that it’s normal, what he’s doing, winning four gold medals in four tries so far this week — at age 31. He makes you think winning isn’t hard. Like a two-second margin of victory in the 200-meter individual medley is a stroll in the park.

“You just have no idea how difficult it is for anybody to win an Olympic gold medal,” said Bob Bowman, Phelps’ longtime coach. “I know Michael has done it so frequently it is hard to even put it in perspective. But every one of those is hard. Maybe the very first one, maybe that was the easiest one. After that, it’s super hard.

“Look at his numbers compared to everyone else. It’s not because of the talent. It’s the work. It’s a combination, but it’s the work particularly this time around.”

Yes, you see, that’s the part that often gets overlooked when someone is that good. That there was weight he had to shed when he decided to come back this time around. That even though he’s able to swim a 200 IM final and 100 fly semifinal with little more than a half hour to recover in between, it still hurts quite literally everywhere. That there were moments in the past two years where he wondered why he was bothering to do this all over again.

He did those things and shook away those doubts for this: the chance for the greatest Olympian ever to leave the sport he loves the way he wanted to — covered in gold.

“I’m enjoying the sport like I did when I was 18; I enjoyed training leading up to this point,” Phelps said late Thursday night. “Before, I was always looking for shortcuts. Oh maybe I can skip a week here, skip a week there, and I can still get by. Or, no, I don’t need to do that butterfly set.”

But this time, he told Bowman he was relinquishing any veto power he’d previously had. He’d do what his coach asked and suffer through the sets he didn’t want to do.

“I went through obstacles maybe I didn’t want to go through before but I was open to it because I wanted to be able to be back to where I am now,” Phelps said. “Getting out of the pool now might take a little more energy. It might be a little bit harder. But it’s just as sweet standing on top of the podium listening to your national anthem play.”

Phelps now has 22 gold medals to his name, and 26 Olympic medals overall with two events to go at these Games. He’s not just the most decorated male swimmer ever, he’s got more than double the amount of medals of Ryan Lochte, who sits perpetually in second place with 12 medals.

It’s fair in some ways — and unfair in others — to use Lochte as a measuring stick for Phelps. Lochte is a great swimmer whose medal makeup would have a different hue had his career not overlapped entirely with the greatest swimmer of all time. But Lochte has also shown, here in Rio, what an aging swimmer is supposed to look like. He’s supposed to lose steam and fade during the final 50 meters of freestyle in the 200 IM. He’s supposed to look physically and emotionally drained after a grueling race like that. 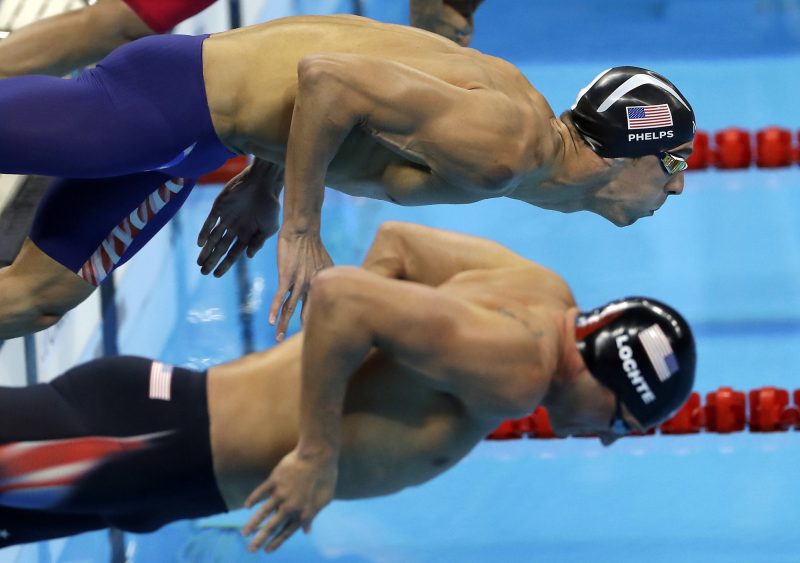 He’s not supposed to stand on the podium, tears welling in his eyes, as The Star-Spangled Banner plays … and then dive into the pool about 10 minutes later to swim a 100 fly and easily qualify for Friday night’s final. But that’s exactly what Phelps did Thursday night.

“That’s the first time he’s ever done that,” Bowman said of his star pupil’s teary eyes. “I’ve always counseled him like, build the fire up while you’re hearing the national anthem. He’s usually like a machine on those. That was nice to see, actually.”

The whole week has been nice, if not surreal, to witness. To see Phelps at the apex of athletic achievement one more time, crushing longtime rivals and kissing his 3-month-old son afterward, is nothing short of an honor.

It hasn’t been easy. But if it were easy, it wouldn’t be so rare.