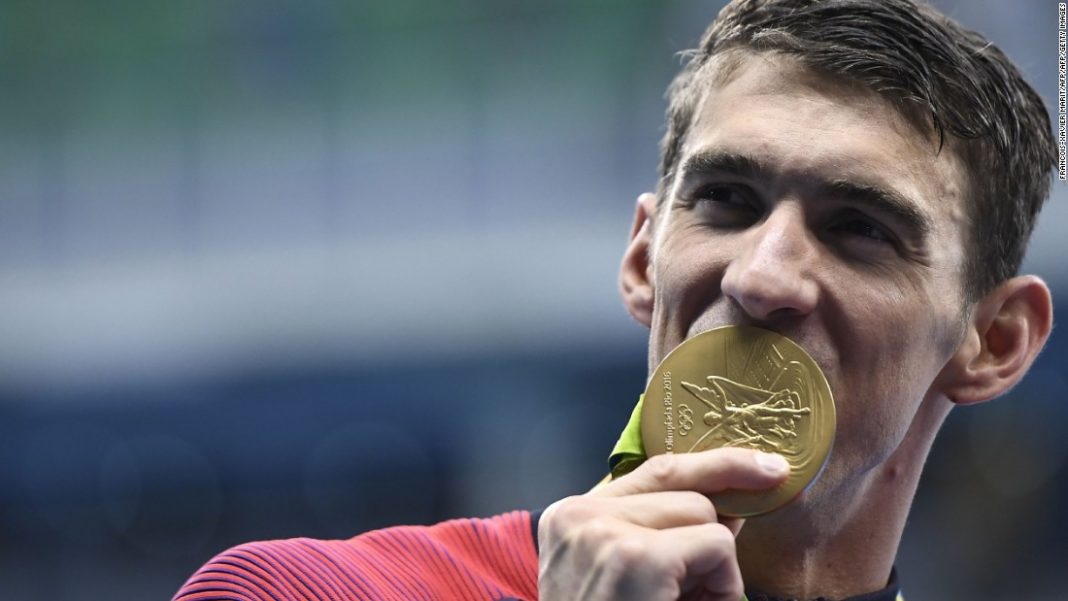 Michael Phelps broke history again winning his 22nd gold medal at the 2016 Rio Olympics and he’s back for more today as Rafael Nadal take on hometown favorite Thomaz Bellucci of Brazil on the tennis courts. Venus Williams and Rajeev Ram go up against Italy’s Roberta Vinci and Fabio Fognini; easily a great one to watch.

Day 7 of the Rio Games features medal action in swimming, track and field, track cycling, fencing, judo and more. Here are some things to watch (all times local):

Will Michael Phelps add even more gold to his Olympic career? We’ll see when the men’s 100-meter butterfly finals are held Friday at 10:12 p.m. Phelps has the world and Olympic (Beijing) records in the event and qualified in the semifinals Thursday night after winning the 200 individual medley final for a fourth consecutive Olympics and his fourth gold of 2016.

Speaking of golds, fellow American Katie Ledecky will be back in the pool – this time at 11:20 p.m. for the 800 freestyle, which she set a new Olympic record for on Thursday. She swam the 16-lap event in 8 minutes, 12.86 seconds Thursday, bettering the old mark of 8:14.10 set by Rebecca Adlington of Britain in 2008. Ledecky’s time was nearly seven seconds faster than anyone else. She’s seeking to complete a sweep of the 200, 400 and 800 freestyles for the first time since the 1968 Mexico City Games. 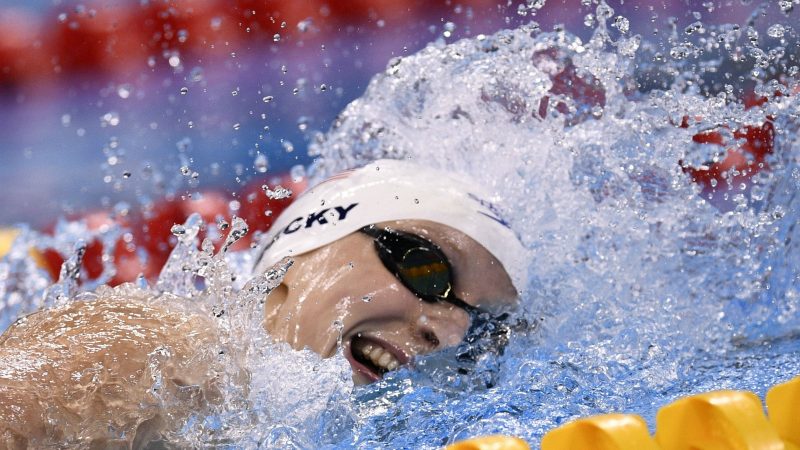 The superstar lineup Friday includes Katinka Hosszuof Hungary going in the 200 backstroke at 10:03 p.m. She qualified fastest Thursday and has already has won the 100 backstroke, along with the 200 and 400 individual medleys. Hilary Caldwell of Canada had the second quickest time of 2:07.40. Maya DiRado of the United States, who has won gold, silver and bronze at her first Olympics, was third fastest in 2:08.60.

American Missy Franklin, who holds the world and Olympic records, advanced to the semifinals with the 11th-fastest time of 2:09.36. She earned a gold medal as part of the 4×200 freestyle relay after swimming in the preliminaries, but the games have been disappointing for her.

Track and field starts Friday and includes preliminaries for the women in the 100 meter.

There are six sprinters to watch: Elaine Thompson of Jamaica, Murielle Ahoure of the Ivory Coast, Dafne Schippers of the Netherlands and Americans English Gardner, Tianna Bartoletta and Tori Bowie. Shelly-Ann Fraser-Pryce, the two-time defending Olympic champion, is also in the field.

On the men’s side, preliminaries start in the 800 meter and 400 meter. In the longer of the two, the man to beat is David Rudisha, though he did struggle in the Kenyan trials. He holds the world and Olympic records, both set at the London Games. He was the first athlete to run the event in under 1 minutes 41 seconds. His first heat is at 10:26 a.m.

Meanwhile, two women will each be seeking a third consecutive gold.

At 11:10 a.m., Tirunesh Dibaba of Ethiopia seeks another medal in the 10,000. She is already considered the greatest female distance runner in history with her five Olympic medals (three gold) and five world championship golds. The 31-year-old has fought back from major injuries several times in her career and just finished a yearlong break after the birth of her son.

At 10 p.m., New Zealand’s shot putter Valerie Adams seeks a comeback from elbow and shoulder surgery. She was basically untouchable at major championships from 2007 to 2014, with four world and two Olympic gold medals to show for it. Adams is the second-best performer of the season, behind China’s Gong Lijiao. Christina Schwanitz of Germany, who took over Adams’ world title last year, could well be her toughest opponent on Friday 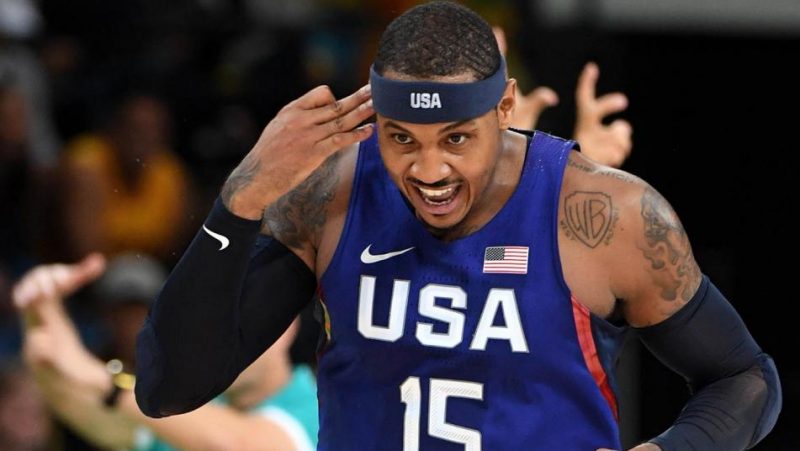 The dominating US teams are back on the court.

The men play Serbia at 7 p.m. While the U.S. is still the team to beat, they were tested in their last contest against Australia. Carmelo Anthony scored 31 points on the night he became the U.S. men’s Olympic career scoring leader.

The women take on Canada at 3:30 p.m. The three Olympic rookies on the American team have had an impressive start: Elena Delle Donne, Breanna Stewart and Brittney Griner have all had stretches when they have taken over games as the U.S. has won its first two contests in dominating fashion. 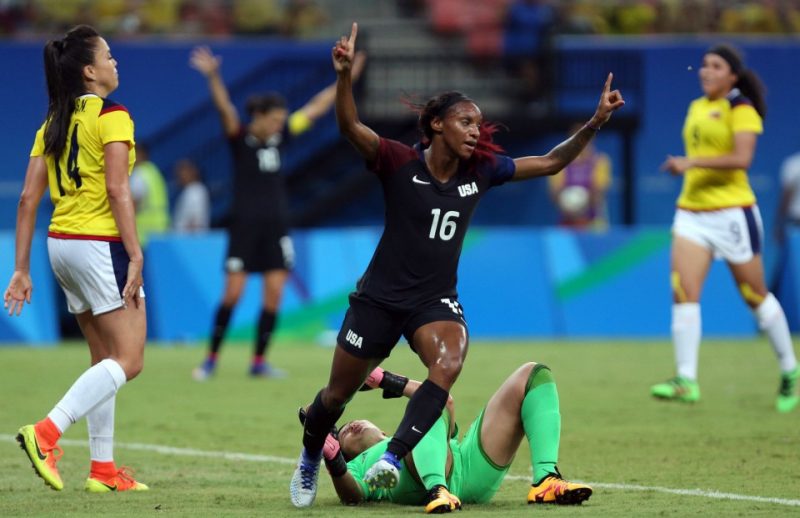 The U.S. women, coming off a rare draw against Colombia, continue into the quarterfinals at 1 p.m. against Sweden. The match reunites the United States with former coach Pia Sundhage, who led the Americans to gold at both the Beijing and London Olympics. Sweden, ranked sixth, struggled in the group stage with a 5-1 loss to host Brazil and finished 1-1-1.

And Brazil, featuring standout Marta, faces Australia at 11 p.m. The Aussies and Brazilians met at the Women’s World Cup last year, and it was Australia that advanced by beating Marta and Co. 1-0 in the round of 16.

Other women’s Olympic soccer matches Friday will see China take on Germany at 4 p.m. and Canada against France at 7 p.m.

The men head into the second round with Australia’s Marcus Fraser atop the leaderboard with an 8-under 63 at Olympic Golf Course, where wildlife has been abundant. Fraser has a three-shot lead over British Open champion Henrik Stenson of Sweden and Graham DeLaet of Canada. It’s the first time golf has been in the Olympics since 1904. 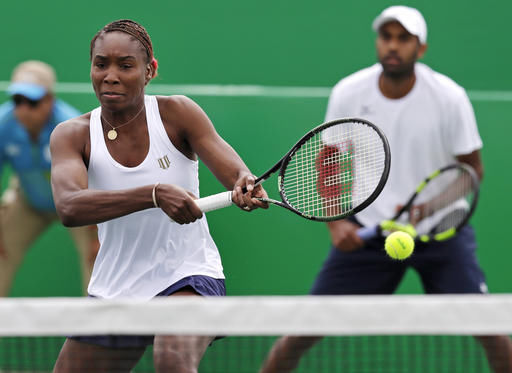 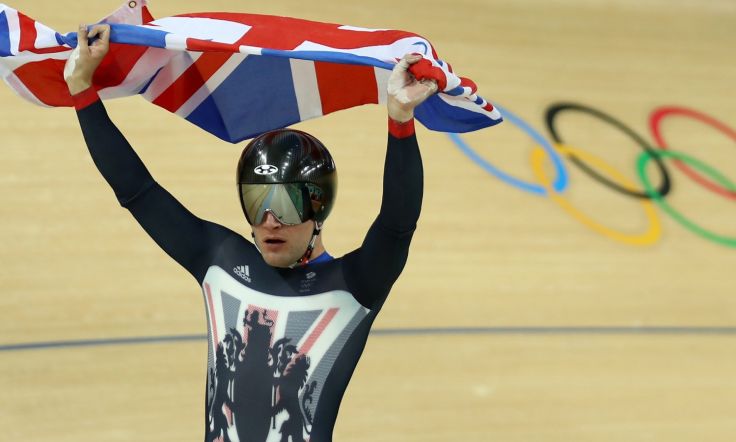 Soon after, Nadal is back on the court to team up with Marc Lopez in a gold medal doubles match against Romania’s Florin Mergea and Horia Tecau. 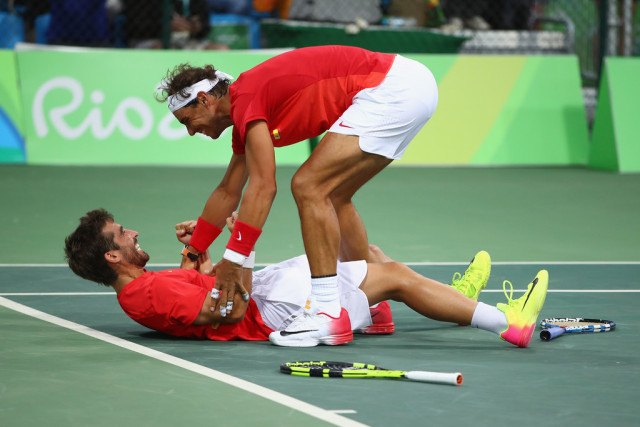 The bronze match is between the U.S. team of Johnson and Jack Sock and Canada’s Daniel Nestor and Vasek Pospisil.

In mixed doubles, Venus Williams and Rajeev Ram of the U.S. face Italy’s Roberta Vinci and Fabio Fognini. After being knocked out in singles and doubles, this is Williams’ remaining event and one she entered because of the other eliminations. 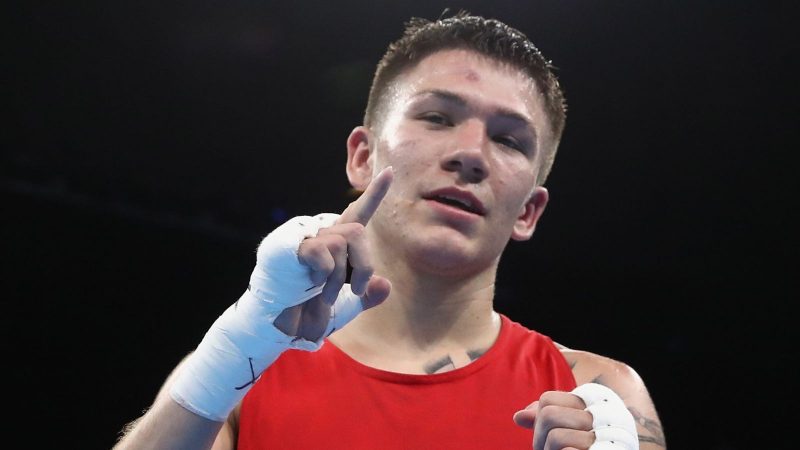 At 12:15 p.m., American Nico Hernandez fights for gold against Uzbekistan’s Hasanboy Dusmatov in a light flyweight semifinal. Hernandez pulled off one of the biggest upsets of the Olympics’ first three days on Monday night with a unanimous decision over Russia’s Vasilii Egorov, the European champion and runner-up at last year’s world championships.

The men’s team pursuit finals will be held at 6:42 p.m., a day after the British continued their domination in the team sprints, winning a third consecutive gold. The women compete at 6:04 p.m.

The men’s team foil gold medal match starts at 6:30 p.m. after a day of competition. Italy, Brazil, China, France, Russia, Britain, Egypt and the U.S. have made the team quarterfinals.

The men and women’s heavyweights go for the gold a day after American Kayla Harrison earned her second straight gold medal in judo, winning the 78-kilogram division. In the men’s 100-kilogram division, Lukas Krpalek of the Czech Republic won the country’s first judo gold after defeating Elmar Gasimov of Azerbaijan.