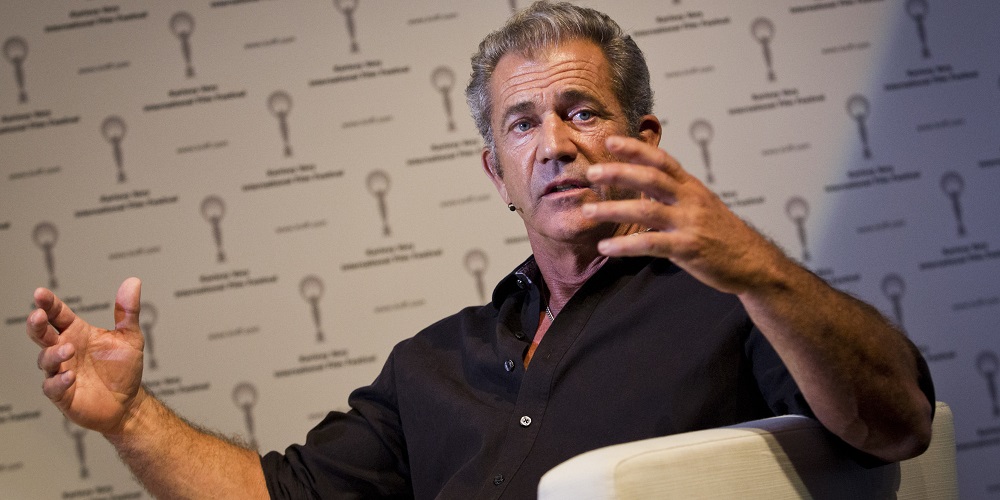 Hollywood is known to be very forgiving when it’s stars make mistakes, but Mel Gibson had to work extremely hard to get back into their good graces. Funny enough, it wasn’t when he made anti-gay slurs back in late 80’s, as Hollywood didn’t seem to care plus he was a star on the rise, so they forgave him.

But when Gibson made his anti-Semitic rant in 2006, suddenly everyone in Hollywood was on high alert banishing him into the cold. You can be sure that if it wasn’t for his continuing to make movies without their help and being successful kept the town watching him. Controversies continued plaguing Gibson with a spousal battery misdemeanor, but as he continued directing and acting, memories slowly began fading.

Now with his third film directing “Hacksaw Ridge,” it seems Hollywood is ready to bring him back into the fold.

Mel Gibson is having quite a week: On Friday, he became a father for the ninth time, and on Tuesday he earned an unexpected Oscar nomination, capping what appears to be a remarkable comeback from Hollywood’s version of Siberia.

“What could be more exciting than listening to the nominations being announced while holding my newborn son!” Gibson said in a statement after his “Hacksaw Ridge” earned six nominations Tuesday, including one for him as best director.

Gibson as little as five years ago was a pariah and fodder for late-night comedians after a series of rants and scandals prompted some of the industry’s top players to say they won’t work with him.

Gibson was one of the world’s biggest box office draws following roles in the “Mad Max” and “Lethal Weapon” popcorn franchises, as well as more serious fare such as “Ransom,” ”The Patriot” and “Braveheart,” which earned him Oscars for best picture and best director.

But his profile nosedived in 2006 after he went into an anti-Semitic tirade as he was being arrested on the Pacific Coast Highway in Malibu, California, on suspicion of driving while drunk. Gibson later apologized and was sentenced to probation and alcohol treatment. He was listed the third-worst celebrity in 2006 in an AP-AOL News poll, behind only Britney Spears and Paris Hilton.

Gibson then pleaded no contest in 2011 to one count of misdemeanor spousal battery of his former girlfriend Oksana Grigorieva. He was sentenced to three years of probation, domestic violence counseling and two days of community service. Audio recordings surfaced of disturbing arguments between the two.

“Hacksaw Ridge,” the story of a pacifist army medic in World War II, is Gibson’s first film he’s directed since 2006’s “Apocalypto.” He also directed the controversial 2004 box-office hit “The Passion of the Christ.”

Gibson, whose girlfriend is the writer Rosalind Ross, has said he’s been sober for many years. Andrew Garfield, who earned an Oscar nomination in “Hacksaw Ridge,” said Gibson has changed, calling it “a new dawn.”

Gibson’s Hollywood rehabilitation began in 2011 with the dark comedy “The Beaver,” directed by and co-starring his longtime friend Jodie Foster, his co-star in 1994’s “Maverick.”

“I was trying not to care but caring quite a lot. And then my British agent called me and I thought to myself, ‘Why the hell is she calling me, does she not know that I’m waiting for the nominations to come out?’ And I answered the call and she obviously got the news before my Twitter feed gave it to me, and she was just kind of screaming so I thought this was probably a good thing.” – Andrew Garfield, nominated for lead actor for “Hacksaw Ridge,” by phone from London, where he’s rehearsing for the National Theater’s “Angels in America.”

“Where I am it’s just starting to snow. I think we’re going to have a big snowstorm. So I’m probably going to go over and throw some salt down on my dad’s front steps and hang out with him.” – Viggo Mortensen, speaking by phone from upstate New York, on how he plans to celebrate his lead actor nomination for “Captain Fantastic.”

“I just like to create. I like a genre where I can make and design costumes.” – three-time Oscar winner Colleen Atwood, who received her 12th costume design nomination for “Fantastic Beasts and Where to Find Them.” She spoke by phone from London, where she is working on Tim Burton’s next project.

“I turned my phone off airplane mode and got a call from my publicist and she told me I got nominated and I freaked out and ran downstairs and started screaming to my parents. And for the next hour I had the greatest high.” – Lucas Hedges, supporting actor nominee for “Manchester By the Sea,” from New York where he is rehearsing for a play called “Yen.”

“What could be more exciting than listening to the nominations being announced while holding my newborn son!” – Mel Gibson, nominated for directing “Hacksaw Ridge,” said in a statement.

“I’m so messed up with time zones – I had no idea when they were happening. Thankfully I was on my lunch break from ‘Mary Poppins,’ so I was in my trailer watching a delay of the Australian Open – I still don’t know if Federer won or not. Please don’t spoil it for me.” – Lin-Manuel Miranda, on learning of his original-song nomination for “How Far I’ll Go” from “Moana,” speaking by phone from London.

“I’ll see who’s around tonight and see if anyone will go to dinner with me.” – “Manchester By the Sea” writer-director Kenneth Lonergan by phone on how he plans to celebrate the film’s six nominations, including director and picture.