Home All News Movie News MCU Heroes with the most potential 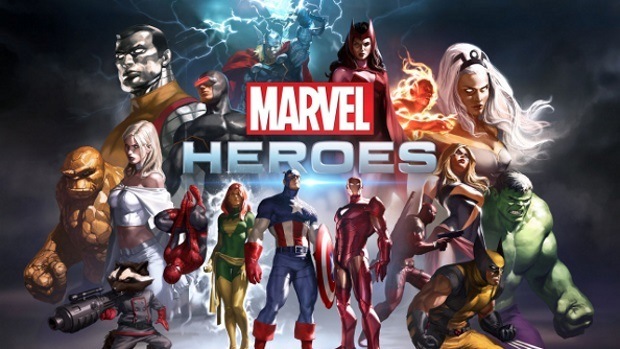 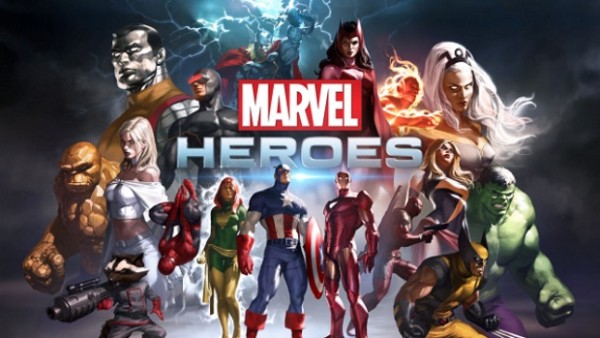 The Marvel Cinematic Universe continues to expand. The latest heroes of The MCU are Jessica Jones and Luke Cage, soon to be joined by Elektra and Frank Castle, the Punisher from the upcoming Daredevil Season 2. It’s almost as crazy as during the Silver/Golden age of comic books when heroes and villains keep popping out of the woodwork. Like during the 90s, there’s a new mutant born every day at Marvel. In today’s case, thanks to Agents of SHIELD, Inhumans. There are a lot of inhumans out there now, potential heroes and villains if the fellow-inhuman-killing-machine Lash doesn’t get to them first.

Now, it’s hats off to Netflix for pulling off two successful Marvel TV series, Daredevil and Jessica Jones. It’s a pity that they don’t cross paths with each other despite being in the same neighborhood in New York, Hell’s Kitchen. Up next for Marvel and Netflix is Daredevil Season 2, a Luke Cage series, a made-for-TV Iron Fist movie and a rumored Punisher series. But Daredevil and Jessica Jones aren’t the only characters making their home in Hell’s Kitchen. There are plenty of New York-based heroes in Marvel’s comics universe. So which of them could show up in the MCU after Netflix is done with the aforementioned projects?

Cloak and Dagger are two ideal candidates of the MCU’s street-level pocket universe. For those unfamiliar, Cloak and Dagger are vigilantes with the powers of darkness and light respectively. Tyrone Johnson and Tandy Bowen are two runaways who took to New York and were picked off the streets and experimented on by a drug syndicate. The experimental drugs mutated them into becoming Cloak and Dagger who made it their mission to take down organized crime dealing in drugs. Cloak is a being of darkness mostly made up of his signature cloak (a creepy thrown out blanket in the comics) which on the inside is made up of infinite darkness. He’s a dark, humanoid TARDIS. Dagger is a lovely, beautiful, glowing teenage girl who can throw daggers made of light which can heal illnesses but give overdoses of purity to the wicked.

So how will they fit in to the MCU should Netflix be involved? The same syndicate that produces the drugs Officer Simpson was taking in the Jessica Jones series could be responsible for their transformation. In the comics, they were thought to have been mutants at first, but it was timely retconned which allows Disney/Marvel to tap them in the future. Or they could have been exposed to reformulated Terrigen from the ATCU in Agents of SHIELD. The accidentally-mutated-by-drugs angle would work better. Also, their mission against drugs and the issue of runaways are still as relevant today as when they were introduced by Marvel in the 80s.  Plus, the diversity crowd won’t have a problem with this series. Cloak is African-American while Dagger is Caucasian unless Netflix gets a crazy-insane-blasphemous idea of switching races. I’m a bit biased with this one since Cloak and Dagger are some of the first heroes I was exposed to in Marvel comics. By the way, it could be hinted that the church featured in the Netflix series could be Cloak and Dagger’s future home. 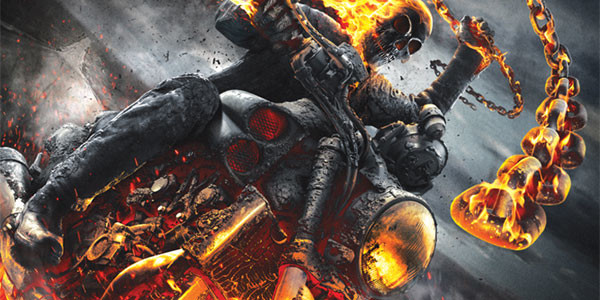 Really? After two lackluster movies, could Marvel possibly gamble on the Spirit of Vengeance? The answer is a resounding Yes. The mystical is gaining ground as the Benedict Cumberbatch starrer Doctor Strange gets closer. If Doctor Strange proves successful, the floodgates of mystical characters could open up in the MCU with characters like Morbius (which can be reimagined into something like, but better than Twilight), Blade, the Darkhold Redeemers and of course, Ghost Rider.

But for the MCU, Nick Cage won’t be reprising his role nor is Johnny Blaze taking up the mantle. There’s a new kid in town, and his name is Danny Ketch. Actually, it was the Danny Ketch character that made the flaming-skull-headed cyclist more mainstream. He appeared in almost all Marvel comics published in the early 90s, and the appearance of this character influences Ghost Rider stories until today. The 2009 movie is based on the appearance of the Danny Ketch incarnation but with a cooler bike.

For those not familiar, Danny Ketch is accidentally turned into Ghost Rider when he and his sister Barbara gets stuck in a crossfire between two drug syndicates, one of which involves Wilson Fisk. So, Ghost Rider would fit well in Netflix’ pocket universe. Wilson Fisk’s arrest would create a power vacuum in New York’s underground for characters like Deathwatch to step in. Back to the story. Barbara gets killed, and Danny finds an abandoned bike in the nearby junkyard. His bloody hands touch it, and he becomes Ghost Rider.

How is this feasible? It’s easier now to render flaming people than it was back in 2009. CW’s Flash pulls it off all the time in episodes where they have FireStorm. Plus, New York teenager Danny Ketch would be more relatable to viewers than old Johnny Blaze. John can appear later in the story as mentor.

Another cool idea, should Ghost Rider prove successful is to have a Blaze spinoff wherein the Blaze 90s version could roam around America in a trench coat, on his own flaming bike and hellfire shotgun hunting down supernatural monsters. You know, saving people, hunting things. It would be a good mix of Supernatural and Sons of Anarchy.

Or… They can take Ghost Rider in aa different approach and use the Robbie Reyes character. One with a flaming skull helmet and instead of a bike, a flaming Dodge Charger. Diversity fans will like this Latino Ghost Rider, who like Spider Man’s Peter Parker is cash-strapped while supporting his disabled brother. Also in the comics, this Ghost Rider has Mr. Hyde as his main antagonist. The heartbreaking goodbye to Mr. Hyde in Agents of SHIELD might make that a bit of a problem though as Kyle McLachlan’s Calvin Johnson was just adorable. Plus, they’re produced by different studios. 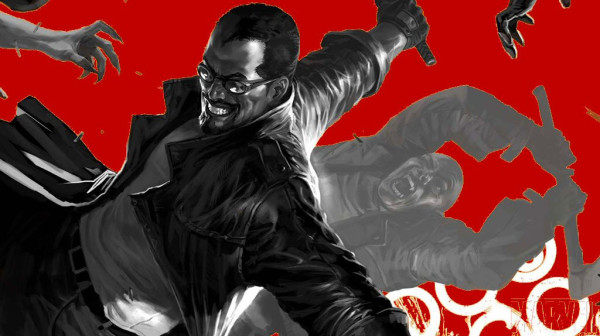 Like Ghost Rider, Marvel just got the Blade franchise back. The first two movies were top-notch, giving moviegoers a less mystical view of vampires which would fit in well with the MCU. However, the third movie was a mess, which like Ang Lee’s Hulk, this author chooses not to sit through again. The bloody movie made Dracula a joke. Blade would make a great addition to the MCU’s street level heroes, hunting down vampires and their familiars as well as other creatures of the night. Blade would also make a great straight-to-TV movie like Iron Fist. 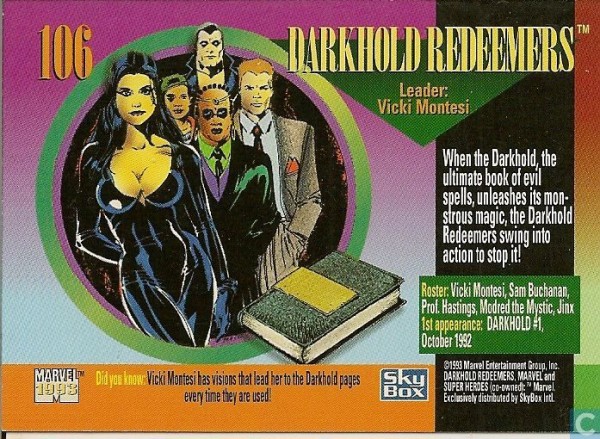 Where’s the spirit of competition if Marvel doesn’t come up with its own Constantine? Marvel Studios and ABC already dealt in different genres such as a cosmic adventure which is Guardians of The Galaxy; a spy thriller which is Captain America: Winter Soldier; a heist film which is Ant-Man and period pieces like Agent Carter and Captain America: The First Avenger. The aspect of real horror can be taken up by The Darkhold Redeemers, a team of paranormal researchers on a quest to collect the lost pages of a very powerful ancient book called the Darkhold. The pages are distributed all over the world by a dwarfish minion (not that kind) to unsuspecting people with various desires. It could become a modern version of Friday the 13th: The Series.

We could go on and on as Marvel has tons of source material which could turn out to be great movies and TV if done right (cough! Fantastic Four, cough!).