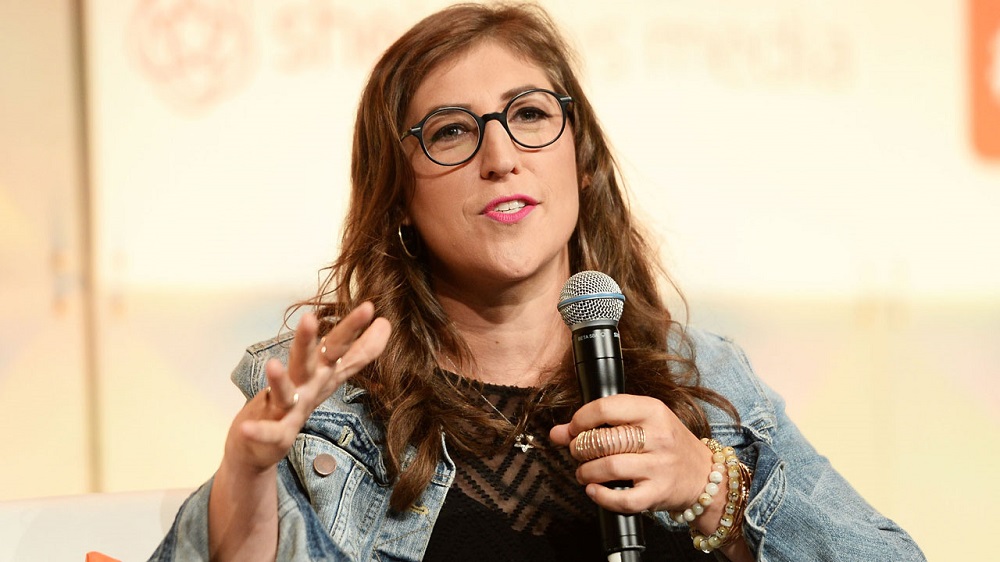 In the age of op-ed pieces and social media reporting, voices sometimes get lost. They also, quite often, get misconstrued and manipulated to mean something other than the intent of the initial commentary. It doesn’t always happen this way, as there are times that think pieces are received just as they were intended. In the case of actress Mayim Bialik, however, who is under fire right now for a New York Times piece in which she seems to say, in summation, “Pretty privilege brings just as much trouble as it does fortune,” there are some things she gets right and there are many others that she gets gravely wrong.

Needless to say, there is a lot of talk about sexual misconduct at the hands of powerful Hollywood men since the story about Harvey Weinstein broke a few weeks ago. Everyone has something to say and honestly, who best to give their two cents than a woman who has been in show business for nearly 30 years. I get that her experience is extremely relevant because, ya know, she’s a pretty big star. But she used some problematic language in her piece that definitely feels like a slap in the face to those considered “good looking.”

Bialik also missed the mark entirely as far as the conversation on rape culture is concerned, being that her take on sexual assault seems to leave out the not so good-looking people who fall victim to sexual crimes every day. When it comes down to it, Bialik’s assessment that only pretty girls get sexually assaulted is so far off that it’s nearly impossible to hear anything else she attempts to say in the article.

Her opinion piece is filled with elements of victim blaming that, perhaps, she didn’t mean to include. Nonetheless, there was a bit of a judgmental undertone to her sharing what she’s found to be successful in limiting the unwanted advances of powerful Hollywood types who just won’t take no for an answer. In fact, at one point as I read her words, I felt like I was reading a women’s advice piece from the 1950’s about how to conduct one’s self as a lady.

“I still make choices every day as a 41-year-old actress that I think of as self-protecting and wise. I have decided that my sexual self is best reserved for private situations with those I am most intimate with. I dress modestly. I don’t act flirtatiously with men as a policy.”

I can relate to a certain element of her experience, being that I have never fit into the societal mold of what’s considered sexy and attractive. My whole life, I’ve been a plus size beauty, and I carry myself with not the slightest bit of unworthiness. Bialik, who “experienced the upside of not being a “perfect ten” in Hollywood, has also felt the stings of rejection associated with unproportioned facial features and less than perfect physical attractiveness. I get it. But the part of her piece in which she almost brags about not ever having to deal with the inclinations of men like Weinstein because she’s not “pretty” sounds like a bitter woman who never fit in and now finally has the means to sock it to those who always have.

“As a proud feminist with little desire to diet, get plastic surgery or hire a personal trainer, I have almost no personal experience with men asking me to meetings in their hotel rooms. Those of us in Hollywood who don’t represent an impossible standard of beauty have the “luxury” of being overlooked and, in many cases, ignored by men in power unless we can make them money.”

The Big Bang Theory star touches on a topic that was trending earlier this year – pretty privilege. She doesn’t call it by that name, but it’s pretty much what she’s referring to. It is an actual thing. The notion that individuals who are more aesthetically appealing, again according to societal standards, have access to parts of our culture that others don’t isn’t so far-fetched. I’ve seen it at play countless times with my friends who do fit the standard of beauty that so many strive for. But to insinuate that those who have pretty privilege are the only or main victims of sexual assault or harassment of any kind is ignorant beyond belief.

What it comes down to is a lack of understanding about what motivates sexual assault. For some, it very well may be the exterior of another person that causes them to act out. But for many, many others, it’s more than how a victim looks. Domination, control, and a host of other reasons all explain why a perpetrator commits unwanted sexual acts. This is what society has to understand because, in the face of mounting accusations again powerful men, the narrative can’t be, “This wouldn’t have happened if you weren’t so pretty.”

Bialik calls herself a feminist and that is fine. The term means different things for different women. But essentially complaining about not being good looking enough to be raped or harassed is not empowering at all. And no amount of pseudo- girl power language at the end of an opinion piece can make it okay.