‘Keeping Up with the Kardashians’ 1106 Lamar Odom & Khloe Storyline Grows 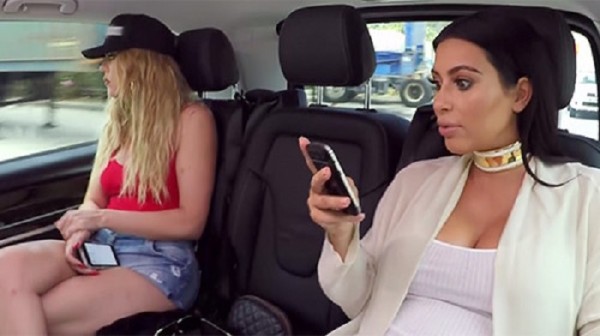 As we gear up for our wintery Christmas break, the Kardashians are off to St. Barths in this week’s episode of Keeping Up with the Kardashians, the Kardashian girls jet off to a (supposed) all-girls vacation, but they are unfortunately bombarded by issues arising in each of their personal lives. We also get to watch how the producers are really milking the Lamar Odom – Khloe Kardashian storyline, and we all remember how that went. It will truly show their depths to see if they incorporate Lamar’s overdose at the Love Ranch that included Madison Montag and Dennis Hof drama along with his being hospitalized.

The episode kicks off with a fight between Kim and Kris. Kris, Kim and Kourtney are all hanging out, when Kris tells them she isn’t sure she wants to go on the vacation. She goes on to elaborate that she has felt abused by both Kim and Khloe, after they lashed out at her for giving Lamar Khloe’s number. Unfortunately, this leads to an even more explosive fight, with Kim telling Kris not to come to St. Barths and Kris telling Kim that she can no longer stay at her house.

Meanwhile, Kylie, Caitlyn and Candis Cayne (Caitlyn’s friend who is also transgender) head over to the racetrack, where Caitlyn tries to teach Kylie how to properly handle her new Ferrari. Later on in the day, Kendall shows up to join in on the father-daughter bonding. However, Kylie takes this as an opportunity to leave. Kendall tells Caitlyn that Kylie most likely left because she saw that Kendall would be there to occupy their dad and thus, give her a free pass to go off and do whatever she really wanted to do. She goes on to state, “[Kylie] doesn’t have her priorities straight.”

After confiding in her boyfriend Corey Gamble, Kris ultimately decides to suck up her anger and frustration and embark on the trip with her daughters. In confessional, Kim says she is still very upset with her mother but will just resort to giving Kris the cold shoulder while in St. Barths.

While in St. Barths, Kourtney once again shows that she is made of steel, as she explains to Khloe that people are contacting her telling her some crazy stories about Scott partying. She goes on to say that she really doesn’t care at this point, as she has come to expect nothing less from him. Instead of worrying, she is choosing to focus on having fun and spending time with her kids and sisters while vacationing.

While the Kris and the sisters are waiting for Kylie to join them, Kim announces that Kylie invited her boyfriend Tyga to come on the trip. Needless to say, all of the sisters are upset, as they made it a point to have this vacation strictly all-girls (and kids). While everyone else is fuming, Kris tries to justify Kylie’s actions and points out that it is the first time she has been able to have Tyga on a public trip with her like this (now that she is finally 18). Unfortunately, this only seems to make the girls even more annoyed by their mother.

The next morning, Khloe and Kourtney enlist a local personal trainer to help them keep active while on vacation. However, their session is interrupted when Kourtney tracks down the Instagram account of a girl that Scott is reportedly off partying with. Evidently, while Kourtney is trying to stay strong, she can’t help but find herself distracted by Scott’s recklessness.

Later in the day, Kylie goes to meet-up with Tyga, who is landing in a float plane near the hotel. She screams in excitement, as she seems to not be able to go a week without seeing her boyfriend.

For the first time, the show starts focusing in on the two younger sister’s (Kylie and Kendall) drama. Kendall is visibly pissed off at her younger sister’s decision to invite her boyfriend to their family gathering. Her rage gets further emphasized, when Kylie and Tyga isolate themselves during their family’s boat trip. Kendall proceeds to complain to Khloe that Kylie is “not making an effort” to bond with the rest of the family at all.

Towards the end of the episode, the focus shifts off Kylie and Tyga and onto Khloe’s problems with Lamar. While in the car, Kim gets an email notifying her that Lamar had done a sit-down interview with InTouch magazine. Kim reads out some of the quotes to Khloe, in which Lamar states that Khloe is his “soul mate,” “wife,” and that they will “never [truly] be apart.” Khloe is rightfully shaken by the news and claims that the interview is completely “out of character” for Lamar.

In a confessional, Khloe admits that she has always been in love with Lamar, and that really has never changed. However, he has continuously been a man of “all words and no action,” which has led her down the path to moving on from their relationship.

The episode ends off with Khloe finally forgiving Kris. She explains that she understands that Kris had become very invested with Lamar and made a mistake by giving him her new phone number. The two end up making amends, as Khloe graciously tells Kris that she can borrow a new dress of hers (which is basically the highest form of forgiveness within the Kardashian clan).

Although the family endured plenty of drama and feuding, the trip ends off on a high note as they all laugh over an extravagant poolside dinner.

Keeping Up with the Kardashians returns for season 11’s 7th episode on January 3rd, 2016 on E! I’m expecting Lamar Odom’s sad state of affairs to be the teat that the Kardashian women suck dry in 2016.