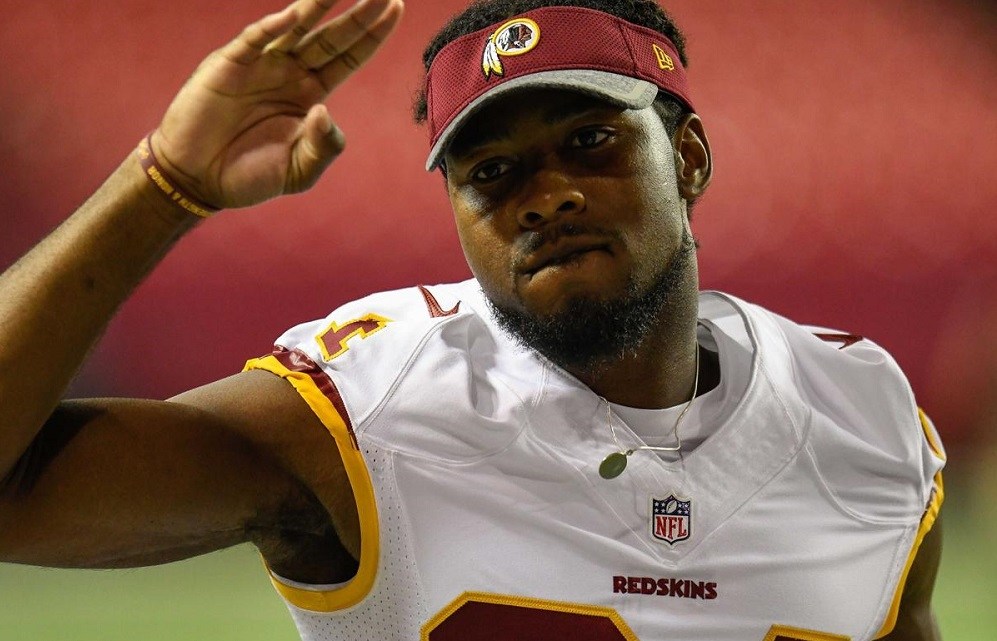 Josh Norman played and talked his way into the spotlight in 2015. It was a breakout year for the cornerback at just the right time, just as his contract with Carolina was about to expire.

Nice to ride the wave of free agency after your best season as a pro. Playing like one of the better corners in the League, even for a single year, convinced the Redskins he was worth a fat contract.

Still, a big part of Norman’s game was his big mouth. And he had sense enough to “punch-up” by going after Odell Beckham Jr. when he got the chance to go head-to-head with one of the best wideouts in the game.

Not everyone appreciated Norman’s style and many were plain turned off by the ugly display between he and ODB. Funny how the talking heads get self-righteous over a barbaric game when two of the combatants take it over the line that said talking head sees as proper.

While we are still two weeks away from real football in the NFL, Josh Norman is getting his hype machine rocking. His ESPN The Magazine interview is set to be unleashed on the world come Friday.

Talking crazy noise in the preseason should have him running that trap at the highest level about week six, when the games count.

By that point, we’ll see if Norman has the goods to make the Redskins a better defensive unit. Or if he simply benefited from a terrific cast around him while in Carolina. I’m sure Carolina will still be a top five defense in 2016, but I don’t know how much Norman alone can help a Washington “D” that ranked 28th overall and 25th in passing defense. 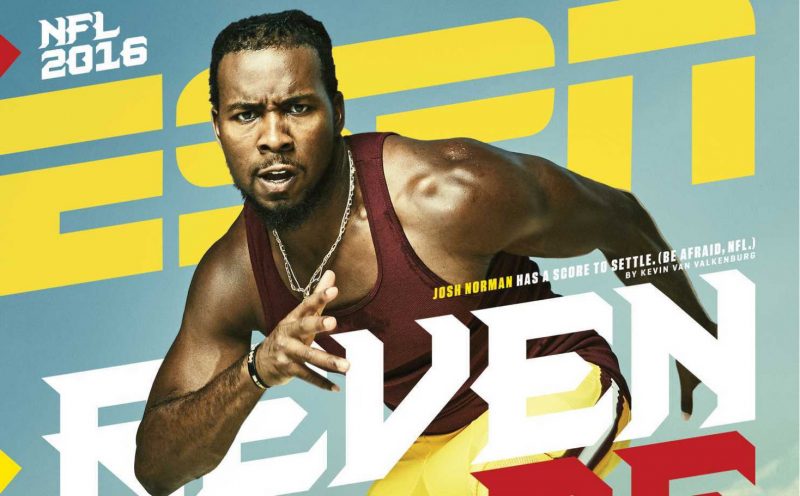 There’s no doubt Norman will do some more “punching up” in the ESPN piece. That formula helped him to a $75 million dollar contract after all.

Excerpts from the article already ruffled the feathers of Denver’s Demaryius Thomas with boasts of how Norman shut down the Broncos’ best receiver in the Super Bowl. Thomas responded on Twitter by giving Norman the digital finger. The one adorned with a ring that Norman and his team could not achieve.

Good thing for Josh Norman that he went after a guy that doesn’t appear to have a mean streak. I wouldn’t advise calling Steve Smith out in such a manner. He’s more likely to punch you in the head when he sees you in the streets.

Norman also had a problem with being in the shadows of a Carolina team with bigger names on the roster.

“They kind of shunned me,” he says. “They turned down a lot of stuff for me, interviews, sponsorship deals, stuff I didn’t even know about. They wanted it to be about the two main guys, Cam [Newton] and Luke [Kuechly].”

Hilarious that the guy thought he should get more exposure than a franchise QB. Norman should have chosen another sport if he doesn’t like being treated like a second-class citizen when compared to passers.

As for Kuechly. He led the league in tackles as a rookie and then again in 2014. Josh Norman’s best year, 2015, resulted in him having four interceptions. Not even a top ten performance. And, by the way, no better than Kuechly and Thomas Davis, who both matched him with four picks each from the linebacker spot.

Norman brought out the best when talking about Odell Beckham Jr who head-butted him. He stated that the effects from that incident last over a week.

“Everybody saw what he was,” Norman told The Magazine. “People from around the league were coming up to me afterward and saying, ‘He does that crap all the time.’ He lost so much respect from people for that little tantrum. I’ve already got a couple people telling me, ‘OK, I’ve got a hit out on him.’ It’s going to be rough for him this year. And he brought it on himself.

“He’s skilled and talented. I won’t take that away from him. But he’s never been through any adversity in his life. It’s like, when are you ever going to grow up?”

Now that Norman is settled in at Washington, he will get all the attention he wants. He will be the focal point of the defense there. And Redskins fans can attest to the fact that there are no defensive stars already in place to take away the cornerback’s spotlight.

“…[I]t feels like everybody can say whatever they want,” he said. “It’s a free-flowing kind of place. It’s like going from a dictatorship to freedom.”

The Skins are known as a franchise where free agents go to flop. And if Norman does indeed fall on his face, everyone will notice.

He’s made sure of that by chasing all the attention he can stand.