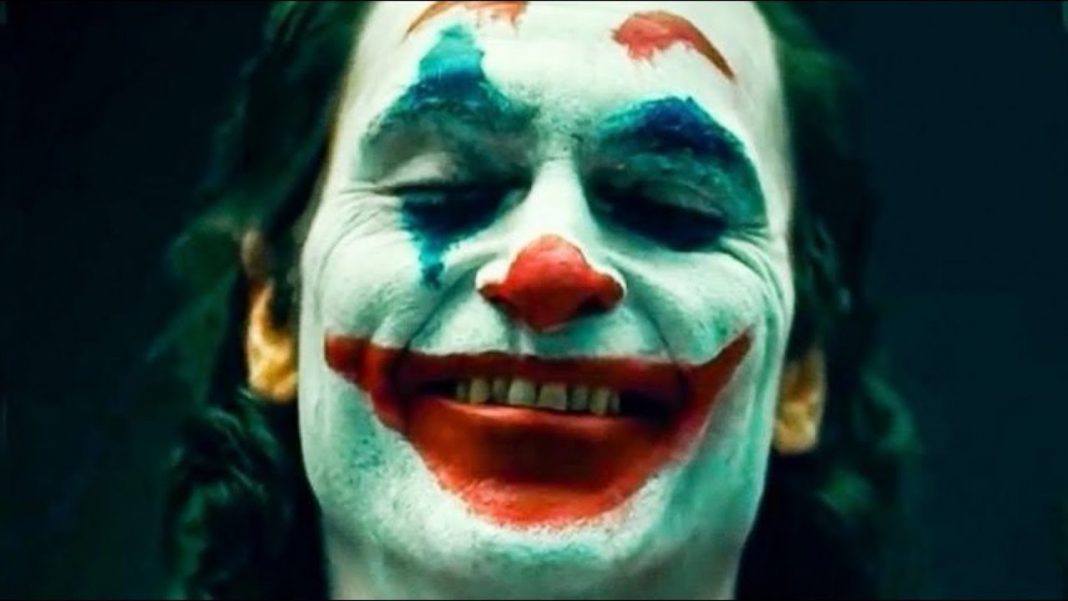 After being pushed to the second spot at the box office by Angelina Jolie’s “Maleficent: Mistress of Evil,”  Warner Bros. “Joker” is No. 1 again. It’s a true photo finish though as “Joker” is ahead by a very slim margin and studio predictions are always slightly different from the Monday actuals. This win is just by $300K, and the fact that the two are so close shows how successful “Joker” has been performing since opening on Oct. 4.

The surprise hit made more history last week after passing Ryan Reynolds’ “Deadpool” as the top-grossing R-rated film of all time with $849 million worldwide. Reynolds even put out a congratulatory tweet on Friday.

Todd Phillip’s R-rated comic-book hit regained the top spot at the weekend box office in its fourth week of release, narrowly besting “Maleficent: Mistress of Evil.” The Warner Bros.′ sensation, starring Joaquin Phoenix, took in $18.9 million in ticket sales over the weekend, according to studio estimates Sunday. While being rare for a movie to hit the top spot in its fourth outing, “Joker” highlights impressive stamina despite the fact that many feared it could incite violence. It is the third film this year behind Universal’s “Glass” and Disney’s “Avengers: Endgame” to land the top spot for three weekends.

That came in just above the $18.6 million haul for the Walt Disney Co.’s “Maleficent” sequel, which slid to second after a disappointing No. 1 debut last weekend of $36 million. “Mistress of Evil,” starring Angelina Jolie, is performing better overseas, where it grossed $64.3 million over the weekend.

With such a close race at the top between “Joker” and “Mistress of Evil,” the order could switch when final figures are released Monday.

But ticket sales have continued to surge well past expectations for “Joker.” With a modest budget of $60 million, it’s been extraordinarily profitable for Warner Bros. — although the studio, to mitigate risk, shared costs with Bron Studios and Village Roadshow Pictures.

This week, “Joker” became the most successful R-rated moved ever, not accounting for inflation, in worldwide release. It’s made $849 million globally, including $47.8 million internationally over the weekend. (Mel Gibson’s “The Passion of the Christ” remains the R-rated domestic leader, with $370.8 million.)

Despite mixed reviews, “Joker” — a “Taxi Driver”-styled spin on a comic-book origin story — has already amassed a box-office total exceeding that of more mainstream superhero movies such as “Thor: Ragnarok” and “Wonder Woman.”

No new releases mustered any competition with the holdovers. The best-performing newcomer was the STX Entertainment horror thriller “Countdown,” about a smartphone app that can predict when people will die. It grossed $9 million. Sony Screen Gems’ “Black and Blue,” a police thriller starring Naomie Harris as a rookie cop in New Orleans, opened with $8.3 million.

Holding especially well was “The Addams Family,” United Artists and MGM’s Halloween-timed animated reboot of the macabre family. It slid just 28% in its second weekend with $11.7 million, good for third place

Much of the weekend’s action was in limited or expanding releases for acclaimed Oscar contenders.

Robert Eggers’ “The Lighthouse,” a black-and-white psychological drama starring Willem Dafoe and Robert Pattinson as 19th-century lighthouse keepers, made $3 million on just 586 screens for A24.

Another awards contender that continues to impress is Neon’s “Parasite,” a dark social satire from director Bong Joon Ho. In its third frame, “Parasite” made $1.8 million from just 189 theaters, averaging a strong $14,107 per location. To date, the movie has earned $4.1 million in North America.

Taika Waititi’s “Jojo Rabbit,” about a 10-year-old boy growing up in Nazi Germany, expanded into 55 theaters, earning a strong $1 million. In September, the Fox Searchlight release won the Toronto Film Festival’s highly predictive audience award, setting it up as a potential Academy Awards favorite. Its initial expansion suggests it will be a hit with audiences, too.

“There are encouraging signs regarding ‘Jojo Rabbit’ as we continue to build momentum,” said Frank Rodriguez, Fox Searchlight’s head of domestic distribution. “The polling results from this week coupled with the A CinemaScore from last weekend, along with the solid box office results are more than positive and as we move forward over the next few weeks, there is every reason to be optimistic about the film.”

Less successful was the Bruce Springsteen concert film “Western Stars” ($560,000 in 537 theaters) from Warner Bros. which failed to even crack the top 20. Combined with the Fathom Events’ preview screenings, the film has hit $1 million.

Alfonso Gomez-Rejon’s “The Current War” also finally landed in theaters more than two years after it first premiered. Gomez-Rejon recut his film after Harvey Weinstein, shortly before his downfall, pushed out a critically panned version of the Thomas Edison (Benedict Cumberbatch) and George Westinghouse (Michael Shannon) tale. Gomez-Rejon’s “director’s cut,” which 101 Studios acquired from the now-defunct Weinstein Co., opened with $2.7 million from about 1,000 theaters. The behind-the-scenes drama garnered much more attention than the actual film.

Another musical film, Kanye West’s “Jesus Is King,” earned $1.04 million from 440 Imax screens this weekend. The 30-minute film, in partnership with Imax, showcases West’s famed Sunday Service and played in limited showings around Imax’s regularly scheduled screenings. The movie, tied to the release of his new album, played in 24 cities across the globe, including New York, Chicago, Los Angeles, and San Francisco.

Box office milestones include Roadside Attractions had two films, “Judy” and “The Peanut Butter Falcon,” that crossed the $20 million mark in North America, a strong result for an independent distributor.

Overall, the domestic box office has declined over 5% from last year, according to Comscore. Outside of any surprise hits, Hollywood is banking on reliables like Disney’s “Frozen 2” and “Star Wars: The Rise of Skywalker” and Sony’s “Jumanji: The Next Level” to boost revenues.

“Terminator: Dark Fate,” which is expected to lead the box office next weekend at over 3,500 theaters, got off to a $12.8 million start in a handful of international markets before its stateside debut. “Arctic Dogs” opens in over 3,600 theaters, “Harriet” opens in 2,000 theaters and Warner Bros. “Motherless Brooklyn” lands in over 1,250 theaters.