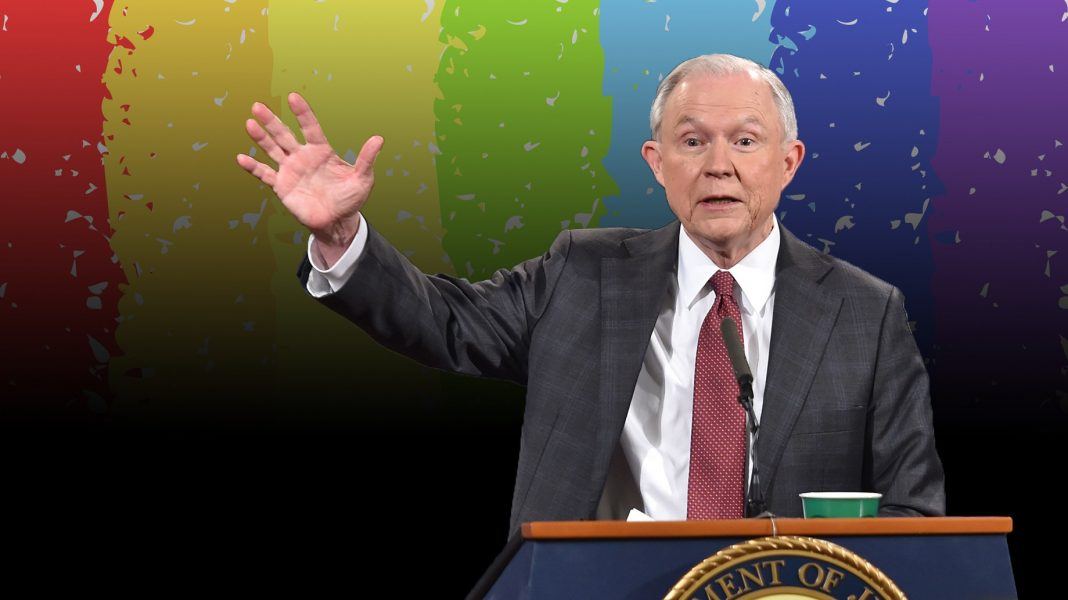 As the Donald Trump Administration continues trying to tear apart Obamacare piece by piece since he can’t follow through on his ‘repeal and replace’ promise, Attorney General Jeff Sessions is now going after the LGBT community.

Sessions has been going after the black and brown community since taking office so now he has set his sites on another group that has spent decades fighting for their individual rights. With a simple flourish of his pen, he is seeking to undermine all the rights minorities have struggled to gain.

This type of bullying seems to be in hopes that they will wear all of us down to just give up fighting, but thankfully, this only inspires those of us who stood on the front lines fighting for our rights to continue fighting and not allow bigots to make us feel inferior to them.

We’ve learned in the past that Republicans that cry out loudest about ‘certain’ groups wind up having something in their own closet they can’t deal with. Lashing out seems to be their way of handling their own issues. 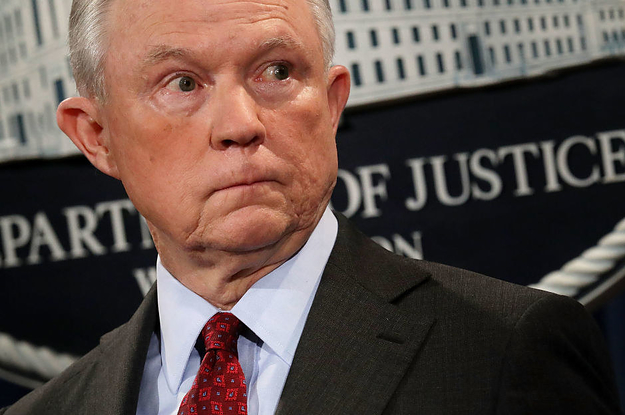 In an order that undercuts protections for LGBT people, Attorney General Jeff Sessions issued a sweeping directive to agencies Friday to do as much as possible to accommodate those who say their religious freedoms are being violated.

The guidance, an attempt to deliver on President Donald Trump’s pledge to his evangelical and other religious supporters, effectively lifts a burden from religious objectors to prove that their beliefs about marriage or other topics are sincerely held.

Under the new policy, a claim of a violation of religious freedom would be enough to override concerns for the civil rights of LGBT people and anti-discrimination protections for women and others. The guidelines are so sweeping that experts on religious liberty are calling them a legal powder-keg that could prompt wide-ranging lawsuits against the government.

“This is putting the world on notice: You better take these claims seriously,” said Robin Fretwell Wilson, a law professor at the University of Illinois at Urbana-Champaign. “This is a signal to the rest of these agencies to rethink the protections they have put in place on sexual orientation and gender identity.”

Trump announced plans for the directive last May in a Rose Garden ceremony where he was surrounded by religious leaders. Since then, religious conservatives have anxiously awaited the Justice Department guidance, hoping for greatly strengthened protections for their beliefs amid the rapid acceptance of LGBT rights. Religious liberty experts said they would have to see how the guidance would be applied by individual agencies, both in crafting regulations and deciding how to enforce them. But experts said the directive clearly tilted the balance very far in favor of people of faith who do not want to recognize same-sex marriage.

“Except in the narrowest circumstances, no one should be forced to choose between living out his or her faith and complying with the law,” Sessions wrote. “To the greatest extent practicable and permitted by law, religious observance and practice should be reasonably accommodated in all government activity.”

The Alliance Defending Freedom, a conservative Christian law firm, called it “a great day for religious freedom.” The Human Rights Campaign, a national LGBT-rights group, called the guidelines an “all-out assault” on civil rights and a “sweeping license to discriminate.”

The new document lays the groundwork for legal positions that the Trump administration intends to take in future religious freedom cases, envisioning sweeping protections for faith-based beliefs and practices in private workplaces, at government jobs, in awarding government grants and in running prisons.

In issuing the memo, Sessions is injecting the department into a thicket of highly charged legal questions that have repeatedly reached the U.S. Supreme Court, most notably in the 2014 Hobby Lobby case that said corporations with religious objections could opt out of a health law requirement to cover contraceptives for women.

The memo makes clear the Justice Department’s support of that opinion in noting that the primary religious freedom law — the Religious Freedom Restoration Act of 1993 — protects the rights not only of people to worship as they choose but also of corporations, companies and private firms.

In what is likely to be one of the more contested aspects of the document, the Justice Department states that religious organizations can hire workers based on religious beliefs and an employee’s willingness “to adhere to a code of conduct.” Many conservative Christian schools and faith-based agencies require employees to adhere to moral codes that ban sex outside marriage and same-sex relationships, among other behavior.

The document also says the government improperly infringes on individuals’ religious liberty by banning an aspect of their practice or by forcing them to take an action that contradicts their faith. As an example, Justice Department lawyers say government efforts to require employers to provide contraceptives to their workers “substantially burdens their religious practice.” Separately Friday, the Health and Human Services Department allowed more employers with religious objections to opt out of the birth control coverage rule in the Affordable Care Act.

Session’s directive affirms Trump’s earlier directive to the Internal Revenue Service not to enforce the Johnson Amendment, which bars churches and tax-exempt groups from endorsing political candidates. The policy has only rarely been enforced in the past.

The department’s civil rights division will now be involved in reviewing all agency actions to make sure they don’t conflict with federal law regarding religious liberty. Tony Perkins, head of the conservative Family Research Council, in a statement lauding Trump, said his group has set up a hotline for federal employees and others who feel they’ve faced discrimination over their religious beliefs.