Home All News Sports Is Jack Sock the savior of American Men’s Tennis? 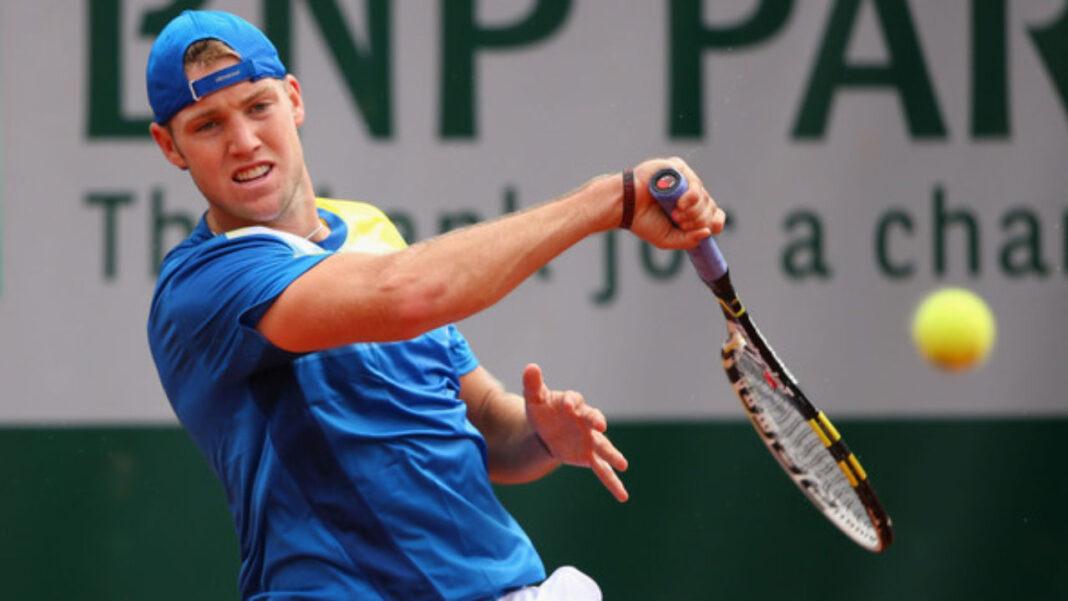 Jack Sock enjoyed a stellar season in 2015. Finishing the year ranked 26th in the world, America’s No. 2 is now poised to claim seeds at all majors in 2016 – something that should help his Grand Slam chances drastically. At the age of 23 and at a time in ATP history when players are seemingly taking a little longer to develop into top contenders, Sock could be the player that puts American tennis back on the map on the men’s side of things.

His improvement in 2015 follows the last half decade of Grand Slams that have not seen an American male make a Grand Slam final. Andy Roddick remains the most significant player in recent American men’s tennis history. The former World No. 1 made the Wimbledon final in 2009, marking the last male from the USA to do that much damage in any major. When Roddick started to decline in the early parts of this decade, John Isner and Sam Querrey of the USA both emerged as the brightest lights for future hopes in American tennis.

From that point of view, Querrey’s career to date has to be considered a flop. He has never been ranked higher than 17th, his biggest tournament victory is from Memphis 2010, and he doesn’t have any titles at all since 2012. Querrey has rarely made any headlines in majors with fourth-round appearances at Wimbledon 2010 and the 2010 US Open unequalled in any major since.

2015 was particularly disappointing in majors for Querrey as he went 1-4 in Grand Slam matches. Although he is just 28 years old, fans of American tennis could probably just turn the page on Querrey as nothing significant can be expected of him any longer.

John Isner remains a force on tour as the huge server finished the 2015 season ranked 11th in the world. However, time is also passing for this player as he will turn 31 years old in 2016. That’s not too vast of an age for an all-time great player to claim a lot of titles. However, Isner doesn’t exactly fit that description. It is unusual for players Isner’s age to set career-defining precedents and that implies that Isner will not ever make a Grand Slam semifinal, keeping in mind that he has just one quarterfinal appearance.

Down the depths of American tennis, Steve Johnson and Donald Young are both good players. However, they are also both 26 years old, and it is hard to picture either scalping the big players that need to be scalped in order to put a big dent in a Grand Slam draw.

Last season Sock went 35-18, and he had match victories over Isner, Young, Richard Gasquet(x2), Gilles Simon, Grigor Dimitrov(x2), Borna Coric, Pablo Andujar on clay, Kevin Anderson, Roberto Bautista-Agut(x2), Fabio Fognini, and many other less proven players. With a title in Houston and a fourth-round French Open appearance, a case could be made for Sock as a little bit of a clay courter – not the type of player that usually comes out of the USA.

One thing that I find significant about Sock’s 2015 season is that he earned a ranking of 26th in the world without contesting the Australian Open. Furthermore, Sock pulled out of the US Open, as many players did in the early rounds. That means that two huge events for ranking points were almost no-shows for the American, and he still managed to get into the Top 30 at year end, quite comfortably.

If Sock can stay healthy and enter the majors prepared for them, then I fully expect him to finish as the 2016 year-end American No. 1, supplanting Isner from that. There are other Americans that are similarly aged to Sock on tour, but he still appears to be the biggest talent.

Keeping things real with Sock, I think a quarterfinal appearance in a major, at least two titles at the tour level, and a ranking inside the Top 15 by the end of 2016 is realistic. That won’t put him anywhere near former American greats, but it can help keep the USA on the map when it comes to men’s tennis.