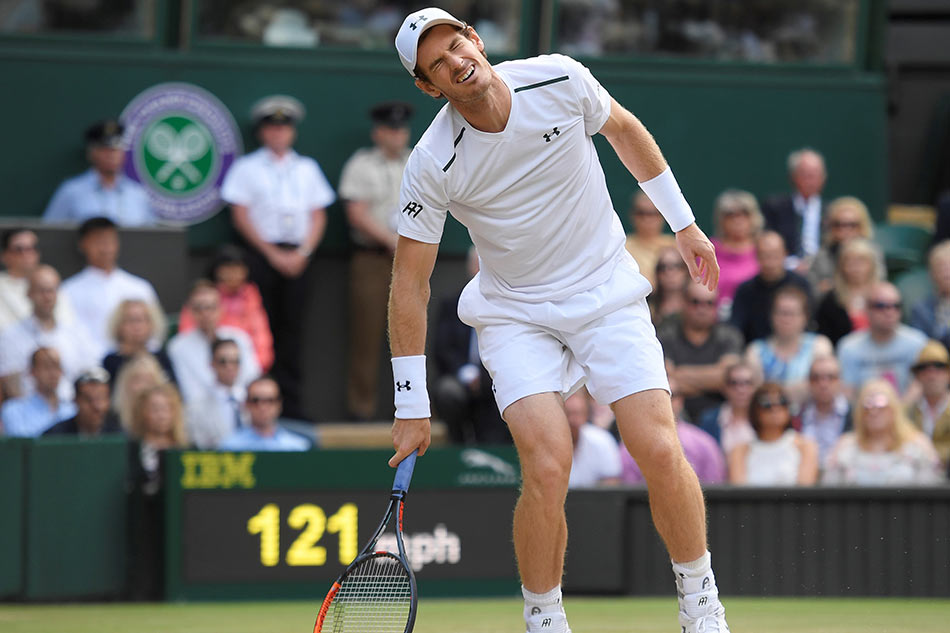 The No. 1-seeded Murray came into the tournament dealing with a sore left hip, and it clearly impeded him at Centre Court. He grimaced as he stumbled or landed awkwardly while attempting shots.

Querrey took full advantage to reach the first Grand Slam semifinal of his career – and the first for any American man anywhere since Andy Roddick was the runner-up at Wimbledon in 2009.

“I am still in a little bit of shock myself,” Querrey said.

There was another quarterfinal surprise later Wednesday when three-time Wimbledon champion Novak Djokovic stopped playing because of a right arm injury while trailing 2010 runner-up Tomas Berdych of the Czech Republic 7-6 (2), 2-0. After dropping the opening set, Djokovic took a medical timeout while a trainer massaged his arm. A day earlier, during his fourth-round match, Djokovic had his right shoulder worked on by a trainer.

Seven-time champion Roger Federer moved into his 12th semifinal at the All England Club with a straightforward 6-4, 6-2, 7-6 (4) victory over 2016 runner-up Milos Raonic. That left Federer as the only member of the sport’s so-called Big 4 still standing: In addition to the exits for Murray and Djokovic, Rafael Nadal lost in the fourth round. That quartet has combined to win each of the past 14 Wimbledon titles. 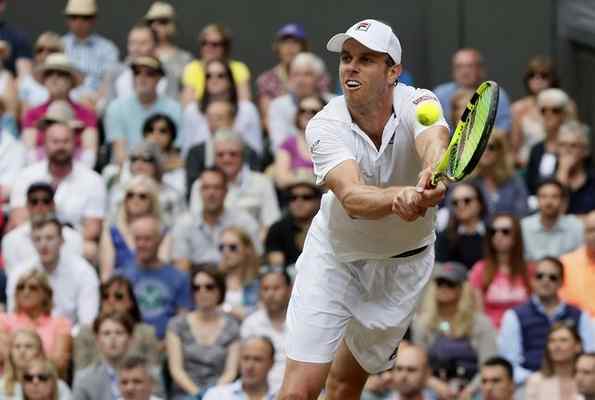 Murray is normally a terrific returner, but Querrey hit 27 aces. He was impeccable for portions of the match, finishing with 70 winners and only 30 unforced errors.

“He was dictating all of the points,” Murray said.

From 1-all in the fourth, Querrey grabbed eight games in a row to take that set and lead 3-0 in the last.

“I didn’t start my best, but I just kept with it. Kept swinging away and then really found a groove in the fourth and fifth set,” Querrey said. “And everything kind of seemed to be falling my way then.”

It is the second year in a row that the 29-year-old Californian upset the defending champion and top-seeded man at the All England Club. In 2016, he ended Djokovic’s 30-match Grand Slam winning streak by beating him in the third round.

Murray didn’t have that sort of recent dominance, but he is a three-time major champion and had been to at least the semifinals at the All England Club in seven of the past eight years.

The hip, though, was a problem this time. Murray had to skip some practice sessions and pull out of a couple of planned exhibition matches before Wimbledon. Even though he kept insisting once the tournament began that he was OK, he was not capable of his best.

Murray’s serve speeds slowed, and his backhands didn’t have their usual verve. He couldn’t play his usual court-covering defense.

“I was pretty close today. It wasn’t like I was, like, a million miles away from winning the match,” Murray said. “Obviously the end was a bit of a struggle.”

Querrey is the lowest-ranked player to ever beat two-time Wimbledon champion Murray in his 12 appearances at the grass-court Grand Slam tournament.

For Murray, this was the fourth five-set match he’s lost in a row. Querrey is headed in the opposite direction: Merely 4-10 in fifth sets for his career until last week, he has won each of his last three matches by going the distance: against 12th-seeded Jo-Wilfried Tsonga in the third round, Kevin Anderson in the fourth, and now Murray.

Querrey always has had an intimidating serve, but he’s never managed to put together his overall game for enough matches to play on the final weekend at a major.

Indeed, until last year’s win over Djokovic, he might have been best known for some of his unusual off-court episodes. In Thailand for a 2009 tournament, he cut two muscles in his right arm when he sat on a glass table that shattered. Two years ago, he appeared on the reality TV show “The Millionaire Matchmaker.” There’s a popular video clip on social media of Querrey – sunglasses and hat on, shirt unbuttoned – dancing with friends wearing horse-head masks. 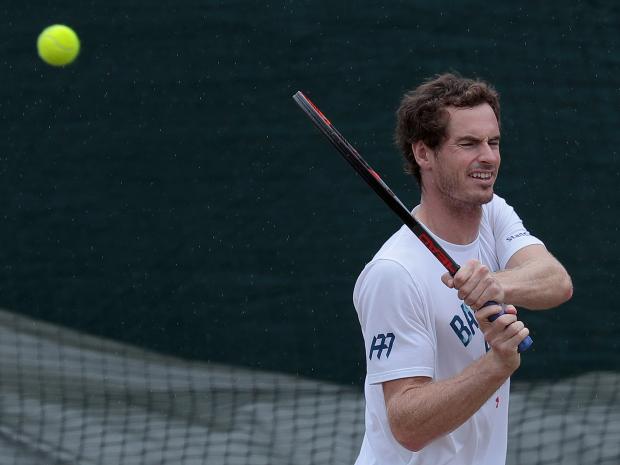 Will Andy Murray‘s Hip Injury Cost Him the 2017 Season?

What is the injury Andy Murray has been suffering from?

Since the week before the start of Wimbledon, Murray has been plagued by a worsening hip problem.

Murray has not elaborated on the specifics of the injury, and even having been eliminated from the tournament yesterday refused to divulge any more detail.

He did though reiterate that it’s a long-standing problem: “I’ve been dealing with it for a very long time during my career,” Murray said. “Obviously as you get older, things are a little bit tougher to manage than they are when you’re younger. There’s a bit more wear and tear there.”

Why did he not call for the trainer mid-match?

Murray explained afterward that he did not call for a medical time-out because there’s “nothing much you can do in that situation.”

Robert Brown, a physiotherapist at the Centre for Health and Human Performance (CHHP) told ESPN that Murray’s assessment was correct.

“He is probably right'” Brown says. “It would have been like putting a bandaid over a wound. It may have relieved his symptoms short-term, but that’s it.”

Why did he not retire mid-match?

Murray said that he didn’t believe he would do himself any long-term damage by playing, so he persevered through the pain.

Brown says of this diagnosis: “It’s difficult to say [if this is correct] as we do not know what the exact injury is. However, if he has not worsened the injury he may have delayed his recovery from it.”

What sort of pain was Murray feeling?

The world No 1 said on Wednesday that he has been in pain throughout the tournament, but did not want to dwell too much on the discomfort he was in.

Asked to evaluate how Murray would have felt based on his work with other athletes, Brown said: “The chances are he would have felt a severe sharp pain around the front of his hip and/or groin region every time he put weight through it and especially during landed rotation movements.

In my experience for an elite athlete to be affected by pain it would have been at around 7/10 or over. (0 being nothing, 10 being the most painful).”

Will Murray have surgery to correct the problem?

With the US Open less than seven weeks away, Murray is not going to undergo surgery in the next couple of months.

He is also likely to want to avoid surgery at all costs having been scarred by the effects of his last operation. After undergoing back surgery in September 2013, Murray endured a disappointing 2014 and could not play to anything like his best level.

According to Brown, recovery from this sort of surgery can be anything from 12 weeks to six months. He says that surgery is not the only option available to Murray though, as “conservative management of the problem, such as extensive physio work can return someone with a hip injury to 100%.”

What should Murray do next?

He said yesterday that he will sit down with his medical team and assess his options.

Brown would advise “not complete rest but a reduction of load to enable symptoms to reduce and to begin and progress rehabilitation. If all goes well, you would like acute symptoms to settle in two to three days and then begin a targeted rehab program to address the injury and underlying causes.

“If things are not looking better in 8-12 weeks then he would have to reassess or alter his management plan.”

The next big tournament on the horizon is August’s Rogers Cup in Montreal, for which Murray must be a major doubt.