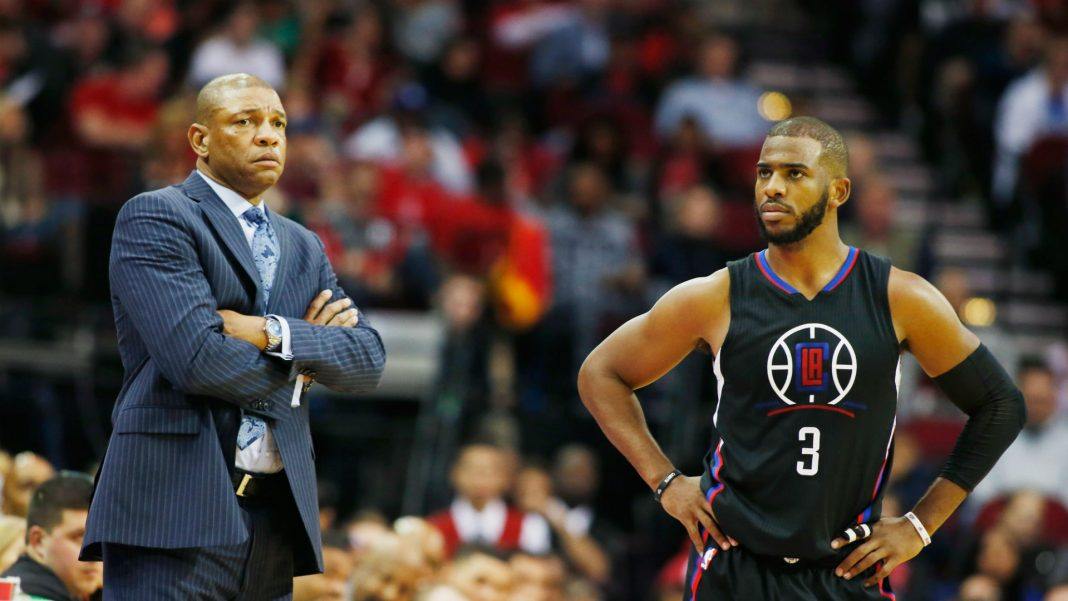 After six years of coming up short with the Los Angeles Clippers, point guard Chris Paul is on the move to the Houston Rockets. Paul originally left the New Orleans Hornets for the Clippers with hopes of winning an NBA Championship (or at least competing for one), and he gave the team plenty of time to build around him. They never made it past the second round of the playoffs.

“I feel like the last six years we’ve had a great run,” said Paul. “I felt like it was not only a good time for a change for me but for the team, too. Everyone says, ‘We get killed. We can’t get there. We just can’t get over the hurdle.’ I felt like it was time for change.”

While Paul’s reasoning makes sense, it isn’t spicy. The media needed something more, and that’s what they got when reports leaked of a rift between Paul and head coach Doc Rivers. Apparently, the Clippers had the chance to acquire Carmelo Anthony from the New York Knicks, but Doc was unwilling to deal his son, Austin Rivers, as part of the package to New York.

Well, apparently there isn’t as much to that story as the media has let on. Or, at least, that’s what Austin Rivers is saying after he called Paul to clear the air.

“I called Chris and was like, ‘Chris, what’s going on?’” said Rivers, recalling a conversation he had with Paul after the reports were released. “Chris is like, ‘This is the biggest bulls–t I’ve ever seen in my life.’ Chris was just like, ‘This is a joke.’ So I asked him, I’m like, ‘You don’t need to come out and say nothing publicly, I don’t need you to do that. It’s just going to make it even more, now they’re going to drag it out two more days. I’ll take it. I don’t care.’”

Either Paul is downplaying it now that he’s forced a trade or there’s really nothing there. Either way, Rivers seems to understand why his teammate left.

“Chris wanted to move because he’d been [with the Clippers] for a while,” said Rivers. “He’s had great years there, but he wanted something new. A lot of players want that. It’s really that simple.”

Despite losing their star player, however, Rivers noted that he still believes the Clippers are a “playoff team.”

Of course, that didn’t get them very far in the past.