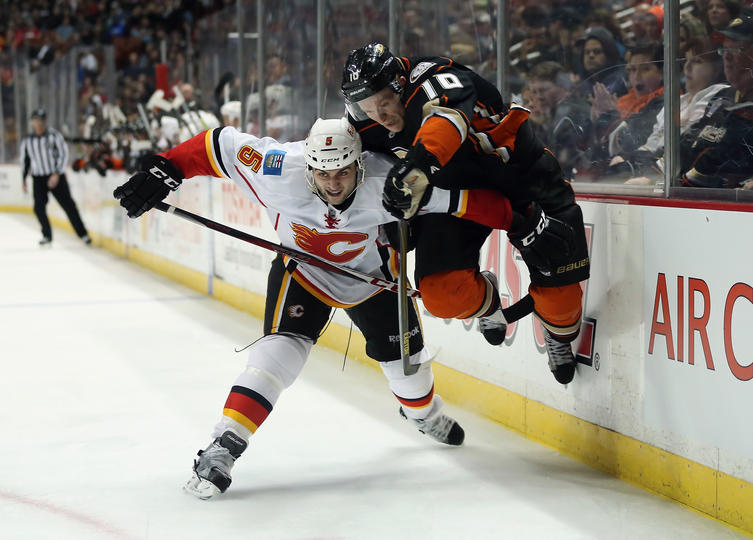 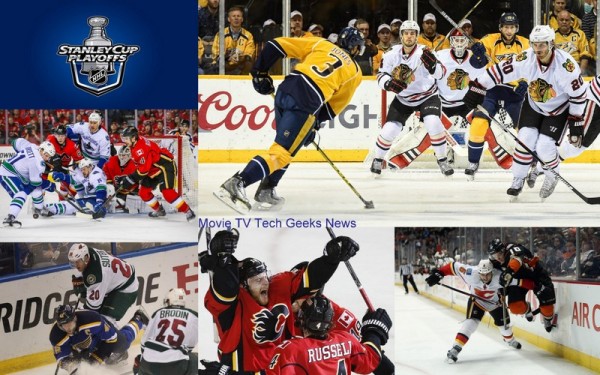 Saturday’s results from the 2015 NHL Stanley Cup playoffs saw two teams advance to the second round. Two more may join them by the end of Sunday as there are two pivotal game sixes scheduled for April 26th. 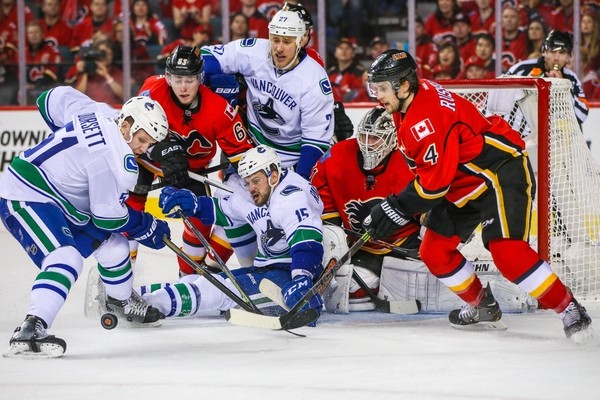 “Things happen so quickly out there and even when I go home, I’ll probably blink my eyes and still have to pinch myself to realize what happened,” said Stajan. “That’s why we play the games. This is a special moment.”

“I’m just happy it didn’t go to overtime and we found a way here.”

Jiri Hudler and Michael Ferland each had a pair of goals including empty-netters in front of a delirious Scotiabank Saddledome. Johnny Gaudreau and Sean Monahan also scored for Calgary.

The Flames last advanced beyond the opening round in 2004 when they reached the Stanley Cup final and lost in seven games to the Tampa Bay Lightning.

“You have to give them credit,” said Canucks coach Willie Desjardins. “They found ways all year and they found a way again tonight. I’m proud of our guys. One hundred and one points this year was a good run.”

Flames starter Jonas Hiller was pulled early in the first after allowing two goals on three shots. Karri Ramo stopped 21-of-22 shots for the win.

Luca Sbisa, Brandon McMillan, Jannik Hansen and Radim Vrbata scored for the Canucks, who led 3-0 early in the first period and 4-3 midway through the second. Ryan Miller made 28 saves in the loss.

“We looked at this game as a must-win on home ice,” said Monahan. “We could knock them out and move onto the second round. We were still excited on the bench being down three-nothing. We did whatever we could to push back and we found a way.” 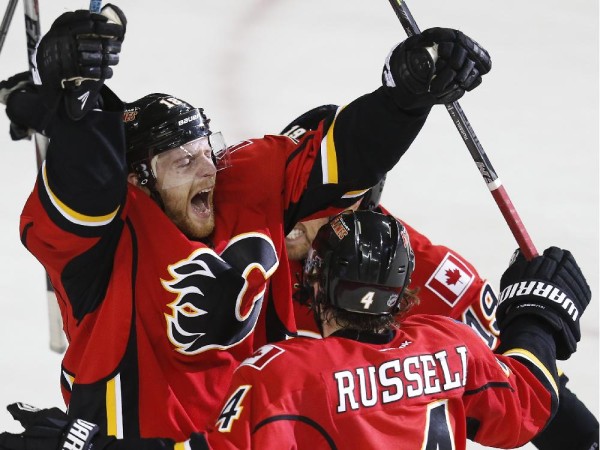 Calgary’s fourth line of Stajan, Ferland and David Jones produced the winner with a siege on Miller in the third. The Vancouver goalie made an initial save on Ferland, but Stajan banged in the rebound.

The hosts stumbled out of the gate, however, as the Canucks rattled off three unanswered goals on their first four shots. Hiller was replaced by Ramo after Vancouver’s second goal at 7:32 and Ramo gave up a goal on the first shot he faced.

Calgary scored late in the first and twice early in the second to revive the Saddledome, but Sbisa restored Vancouver’s lead at 10:36. 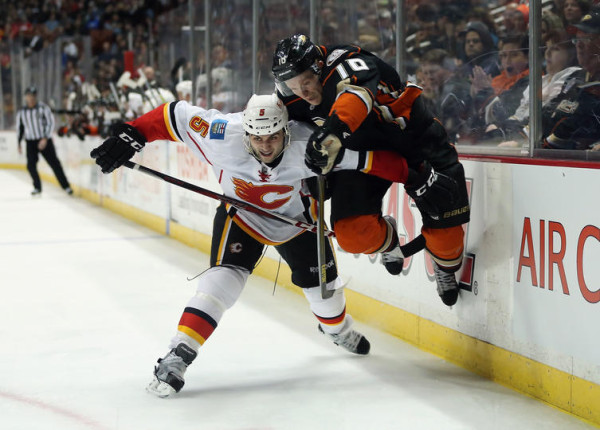 The Flames now advance to face the Anaheim Ducks, a team that swept the Winnipeg Jets earlier in the playoffs. While Anaheim promises to be well-rested when the second round series starts, Calgary, in avoiding going to a seventh game, will have a little bit of extra time to prepare. The victory over Vancouver represents the first playoff series victory for Calgary since the 2004 Stanley Cup run season. 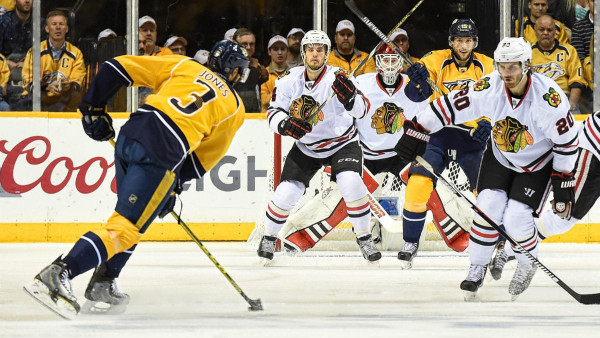 In other action the Chicago Blackhawks defeated the Nashville Predators in game six of their first round series. Nashville appeared to have a comfortable lead in the game in the early going as the Preds jumped out to a 3-1 lead. However Chicago tied the game before the two teams went to intermission and the game remained tied until the late minutes of the third period. Duncan Keith tallied the series winner for Chicago at about the 16 minute mark to send the Blackhawks back into the second round. Keith also had two assists in the game. 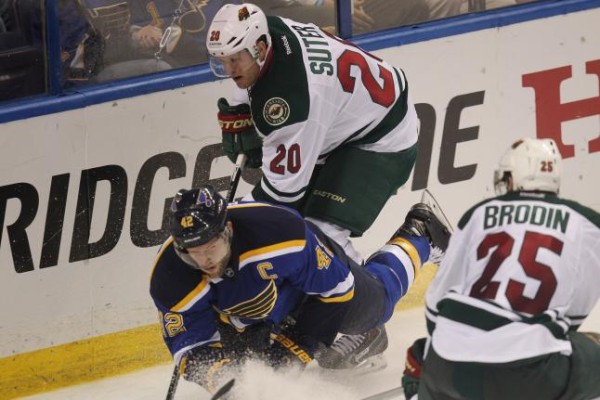 Chicago now await the winner of the St. Louis Blues/Minnesota Wild series, one that could be resolved by Sunday evening. The Wild lead their series 3-2 and they will host game six Sunday afternoon. Other Sunday action will feature the Montreal Canadiens against the Ottawa Senators, two teams that will play game six of their series from Canada’s capital Sunday evening with the Canadiens leading 3-2.

In other action on Saturday the Detroit Red Wings defeated the Tampa Bay Lightning in game five of their series. The victory gives the wings a 3-2 series lead. Lastly, the New York Islanders defeated the Washington Capitals to knot their series at three games a piece.