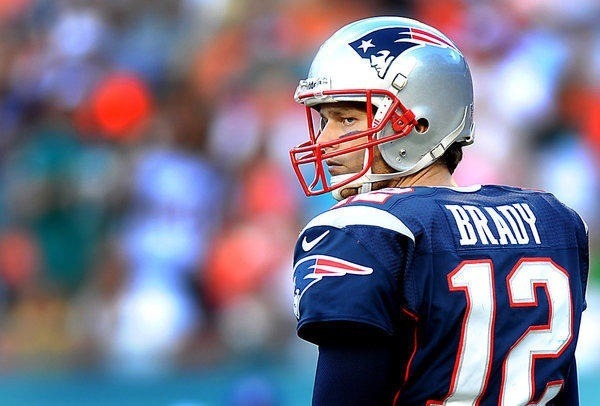 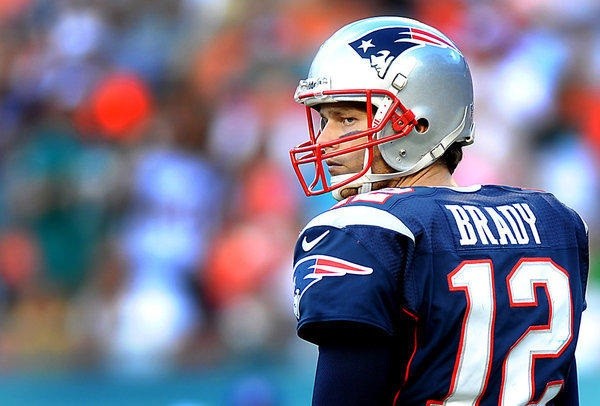 We still have one more weekend of playoff games before we know which two quarterbacks make it to Super Bowl 50. The four surviving QBs are Manning, Palmer, Newton, and of course, Tom Brady.

Even with the conference title games still a few days out, the talk of Tom Brady cementing his legacy will start to ramp up.

Guys on ESPN and the NFL Network will run out of stats to highlight and get bored with watching film to breakdown, so they will go with the easy move of talking about Brady’s spot in history among the greatest NFL quarterbacks ever.

They will mix in plenty of Brady v Manning talk of course, with the two guys playing head to head for the 17th time this Sunday. That comparison has been more Brady on Manning crime than any legit rivalry between the two guys head to head. Brady has been dominant, winning 11 games to Manning’s five.

When the talk this week moves to ranking Brady among the game’s best ever, it will be more about where he ranks if he were to win a fifth Super Bowl. The talking heads will forget there are two games left to play and focus on the narrative that Brady needs one more ring to eclipse guys like Joe Montana as the best to ever play the game.

It’s a big media ritual to set the stage for greatness long before the biggest game of all is even played. Frighten viewers with the fact that Brady could fail to become the best ever by not winning this Super Bowl. That makes Super Bowl 50 seem even more important as if the game needs any additional hype.

I can settle the debate right now on the greatest QB ever. No need to sit through hours of Phil Simms chattering away endlessly about the difference in time periods for Brady and players like Dan Marino. You can change channels when you see Deion Sanders get unlimited time to break down his thoughts on who the best QB ever is in fact. Prime Time loves the sound of his own voice much more than thinking about who really has the cred to be at the top of the quarterback heap.

And God help you if you torture yourself with a Skip Bayless and Stephen A. Smith debate on Brady’s legacy.

Tom Brady is the best quarterback to ever play the game. Being the biggest Montana fan ever, I had a hard time admitting it until recently. There’s just no more denying it. Brady is number one historically. We don’t have to wait for some imaginary legacy cement truck to arrive after the Super Bowl either.

Tom Brady‘s body of work is enough already. He will become the NFL’s  leader in playoff games when the game begins this Sunday in Denver. The Patriots leader will have played in the AFC Conference Title game in 10 of his 14 (uninjured) seasons according to the Patriots official website. Montana is the closest modern day QB to that number with seven conference championship starts.

Brady’s Super Bowl record isn’t spotless like Montana’s but appearing in two more than Joe does make a difference. We can’t say Montana would have won 100 percent of his Super Bowl starts had he made it to six instead of four. Clearly Joe wasn’t perfect all the time since he did lose in three conference title games that would have led him to more Super Bowls.

Not easy for me to write something even remotely critical of Joe Montana. I feel dirty bringing up any negatives on my childhood hero.

Before I confessed to Tom Brady being the best in history, I had used the excuse of him benefiting from the more QB friendly rules of today. It’s true, old-school quarterbacks were targets of defenders who were allowed much more leeway in laying the wood to passers, not to mention receivers being subjected to head hunting safeties.

But Brady can’t help what the rules are currently. He can’t go back in time to see if he could stay in the game after a  murderous hit from Leonard Marshall that knocked Montana out of the 1990 NFC Championship versus the Giants.

Brady was won in the NFL that was available to him. He can only be judged by what he’s done, not whether he could have done it as well in a different era. This modern age of free agency balances out the debate of no QB protection back in the day.

Brady, although one of the toughest modern-day quarterbacks, may not have survived Jim Burt and Leonard Marshall type hits. It remains to be seen if Montana would have carried his team to four Super Bowls had he lost Jerry Rice to modern day free agency and the 49ers defense being forced to replace pieces every three years.

It’s inevitable that the Brady debate will get rolling as we await the kickoff of Brady Manning Bowl 17. Lots of time to fill on the TV networks leading to the actual game. Just know that Brady has already put in the work. He could pack his locker up right now and head home knowing he is the best NFL quarterback to ever hit the field.

No further effort on his part is needed. No more debate is necessary. The cement dried on Brady’s legacy as soon as he punched his Patriots’ ticket to this upcoming AFC Title game.