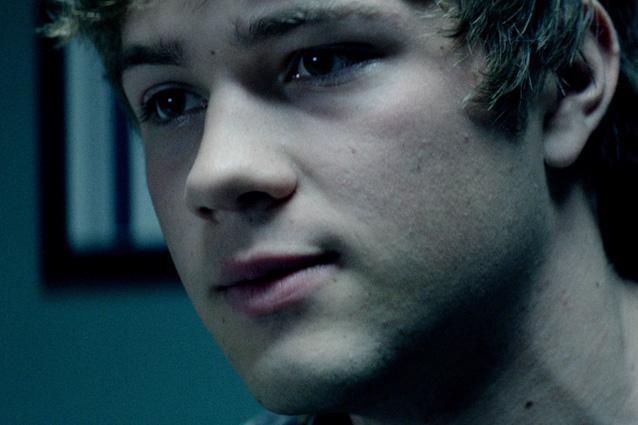 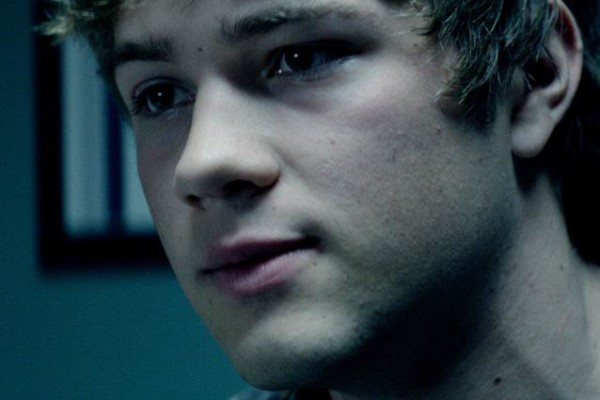 ABC is making a lot of viewers uncomfortable with their second season of “American Crime.” As I was told before I started covering this show, “You would expect something like this on HBO.”

That was right on the money as this series is HBO level uncomfortable at points. The show is laced with sexual situations, not the least of which involve a high school basketball team along with an average student that doesn’t quite fit into the private school anyway.

The story opens with the out of place student sitting in the gym flipping through his online photo app. Taylor Blaine, who got into the school through his mom’s hard work and likely some school vouchers, is shocked to see his drunken photos all over the social media feed.

While Taylor is seeing a disaster in the making on his phone, the basketball team is practicing with the star Kevin LaCroix abusing his buddy Eric Tanner with easy layups.

Within five minutes ABC has shown us enough uncomfortable moments to fill up a semester’s worth of health class. The coach appears to be creeping on some cheerleaders with his iphone and sexting is a regular part of locker room talk for the boys basketball team. 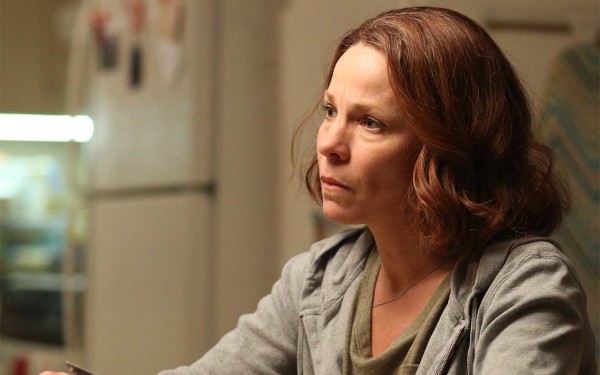 Taylor’s mom, Anne Blaine is played by Lili Taylor, who has been in too many films to mention, but I remember her best as the one of the wicked kidnappers in Ransom from 1996. She stole the show for me in this opening episode of season two.

Anne is told by the dean of the school that her boy is being suspended for some inappropriate behavior that eventually made it online. Taylor wants no part of showing his mom the pictures obviously and refused to even ride home with her. The kid is ashamed of what the pictures show and fearful of what’s not in the pictures.

We see the disconnect between parents and their teenage kids in the modern age of the internet when we learn Coach Sullivan wasn’t a creep after all. He was just getting evidence on his daughter’s questionable dancing to show his wife.

Sullivan is a big deal at the private school, winning a state title for Leyland during his six-year career.

Leyland isn’t hurting for money obviously. Plenty of wealthy parents sending their little geniuses there. Hence, the school having no problem raising $32 million during their “capital campaign.”

To see the difference in private and public schools, head to a football game between the two and notice the BMWs on one side and the Hondas on the other. Listen to the PA announcer call out names like Conner and Randolph for the private academy, while Ricky and KJ are more common for the public kids. I’ve seen the contrast up close.

Anne gets to see the disturbing pics of Taylor from his friend Evy who lives in a rougher part of town. Evy fills her in on how she and Taylor were treated at the “captain’s party.” These two kids are not accepted at the school no matter how the administration tries to keep out words like “white trash,” which are attached to some of Taylor’s photos.

We see how close Kevin and Eric are as the star gives up the winning shot in a game to his slower buddy. It becomes apparent how damaged Taylor is when he finally breaks down to his mom over what happened at the party. The kid says he only drank a couple beers but thinks he was drugged. He sobs, telling his mother he thinks, “Someone did something to me.”

Anne is not a weakling. Lady is tough as nails from what I can see. She wasted no time confronting the headmistress of Leyland, Leslie Graham, about the possibly sexual assault on her son. The boss at Leyland makes it appear she is super concerned and all business, making promises to get answers for Anne.

Asking her to sign a statement made it apparent that Graham was more interested in protecting her school than helping this “white trash” family who is not on a list of donors to the capital fund. 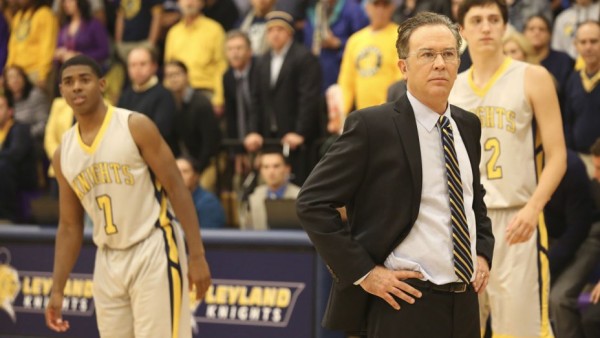 The headmistress does make the basketball coach ask his players about the incident. Though he was dismissive of the allegations immediately, so it was clear his allegiances were to the team. Reminded me of a certain football coach in Tallahassee who defended his quarterback regardless of the allegations against the player.

Taylor Blaine’s world got shattered at the party in question. That shattered world is about to start spinning out of control now that his mom can’t get satisfaction from the school. Anne was not going to be casually brushed aside by the headmistress who chastised the mom for mentioning the word “rape.”

“You need to be very careful with that word,” Graham told Anne. Graham’s allegiance is to the school, and her job which provide her with a big house, nice car, and ability retire long before Anne keels over at the laundromat as a senior citizen.

Anne calling 911 after getting no help from the leader of the school was her only move, yet still took tons of courage. She has to know how this will play out in the public arena. Her son will get no sympathy and will become a joke to his merciless peers.

News flash. Kids are mean as hell and can’t even spell “pity.”

Not to mention Taylor will likely hate his mom for actually trying to get justice for him.

Overall, this is one heck of an impressive show with a stellar cast. It feels more like you’re watching a movie and not a network television series which blows my mind as, hopefully, this is a sign that the networks will focus on more quality programming to compete with HBO and Netflix. It’s a subject matter that is much bigger in this country than you would imagine, and a must see for everyone whether you have kids or not. It’s just a damn good show and should be watched!