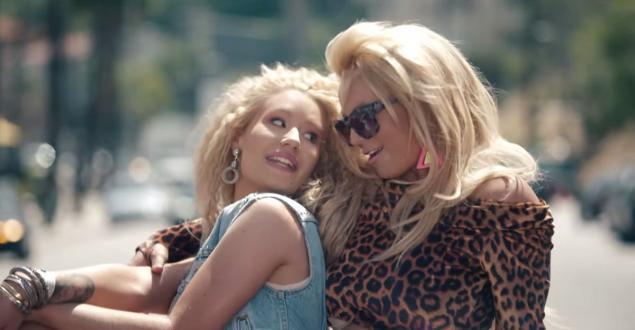 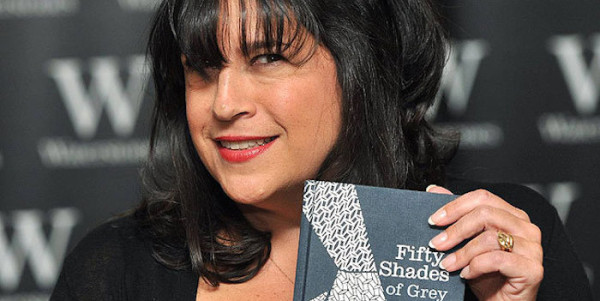 Author of 50 Shades of Grey E.L. James’ got some heat after she opened up her twitter to a reader Q&A. In attempt to promote her fourth book Grey: Fifty Shades of Grey as Told by Christian, James allowed fans to ask her questions about her books, how she writes, etc. Using the hashtag #AskELJames, Twitter users got to work, but perhaps not in the way James had expected.

James was quickly plagued by tweets questioning the content of her book, her perspective on characters Christian and Anastacia’s relationship, and even her talent in general. Unfortunately, it was not only fans and readers who were sending out the critiquing tweets. Many celebrities decided to add their thoughts on her writing and books, including Trevor Donovan, Caitlin Stasey and Mara Wilson.

#AskELJames Are you getting tendinitis from having to hit "block" so often :( 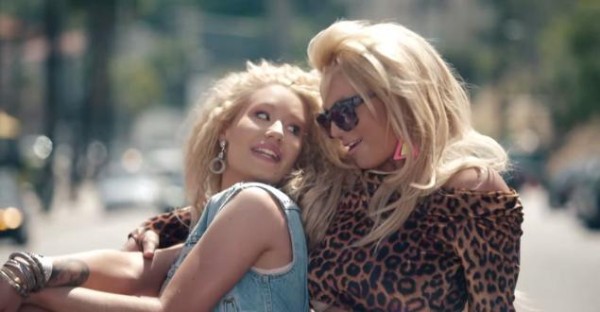 In other twitter news, singer Iggy Azalea also opened up a Q&A on the social media site for her fans. In which, she addressed the flop of her potential hit with Britney Spears, Pretty Girls. The song, released in May, featured an intergalactic themed music video and was even performed by the two pop stars at the 2015 Billboard Music Awards.

However, the “song of the summer,” barely passed top 30 on the charts and has been descending down ever since.

In the Q&A Iggy commented the difficulty of having a hit song without “additional promo and TV” performances etc.

Iggy goes on to add that she was just featured on the track, and that she would have loved to have been able to perform it more and get it more hyped.

Spears, Pretty Girls. The song, released in May, featured an intergalactic themed music video and was even performed by the two pop stars at the 2015 Billboard Music Awards.

However, the “song of the summer,” barely passed top 30 on the charts and has been descending down ever since.

In the Q&A Iggy commented the difficulty of having a hit song without “additional promo and TV” performances etc.

Iggy goes on to add that she was just featured on the track, and that she would have loved to have been able to perform it more and get it more hyped.

Although Pretty Girls has gotten 78 million hits on Youtube, it just doesn’t seem to have chart-topper in its future.

@rhuancesarr its difficult to send a song up the charts without additional promo and tv performances etc. unfortunately im just featured…

@rhuancesarr i would have enjoyed performing it alot, i think it got off to a powerful start. but you need content to compete in 2015. 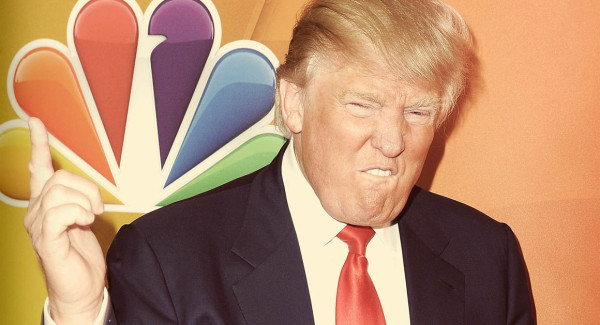 It’s official. NBC has cut its ties with presidential candidate, Donald Trump. This decision by NBC followed an outflow of criticism following Donald’s controversial comments on Mexican immigrants.  Donald expressed his determination to put up a wall at the Southern border of America and Mexico if he were to become president.

Critics called out for the network to cancel Trump’s shows Miss USA, Miss Universe and Celebrity Apprentice, with a petition that received over 200,000 signatures in just over three days.

Below is what the heartfelt petition said:

I grew up wondering if Rachel and Ross would stay together, my favorite psychiatrist would finally have a relationship, and trying to figure out if George was really the master of his own domain. I watched show after show in the good and the bad times. I still cannot see you eye to eye for taking my favorite cannibal away, but hey, at least you brought back Duchovny!

Which is why I am wondering as to why the Latinos are being treated as second class citizens. Food Network cancelled Paula Dean’s shows for insulting the African-American community, Phil Robertson from Duck Dynasty was suspended for his anti-gay remarks, and so on and so forth. Yet, as one of the most watched TV networks in the country and owner of Telemundo, the second most largest Hispanic TV network, you side for business and not for ethics, principles and values.

A few days ago, one of your TV reality show stars by the name of Donald Trump, decided to announce his candidacy for the largest public position in the United States, the presidency. He called Latinos, not only Mexicans, rapists, drug users and criminals. Racists in this country do not differentiate between Central and South Americans or Mexicans, they just use the word “Mexican.” Not only do Mexicans cross the border, but so do Salvadorians, Guatemalans, Dominicans, etc. The word Mexican is also used to describe anybody that looks Latino or has a Latino name, Yes, even those born in this country.

Univision decided to see principles as a priority instead of business and cut ties with Trump and Miss USA. Your answer, “we do not agree with his positions on a number of issues including his recent comments on immigration.” You did not cancel Miss USA, The Apprentice or even made reference to his hateful and divisive remarks. Not only that, but the only reason why you would not have him as head of The Apprentice would be because of his political aspirations, not because of his incendiary remarks in a country where violence against minorities and racism are still around daily.

I, like many others, am an immigrant and had immigrant ancestors that gave their heart and soul for this country. I have two Bachelor degrees and one Masters. There are also millions and millions of us that are reporters, police, entertainers, entrepreneurs, etc. Some even defend this country as part of the military! I am working for the community everyday as well as being an outstanding citizen. I am not a rapist, I have never taken drugs, and the worst thing I have ever done is going fast on the freeway from time to time. I am not worth $4.1 billion, but my people spend way more than that on your advertisers. We have a voice and we decide the future of this country.

Please cancel Miss USA, Miss Universe and the Apprentice. You are supporting a hateful and narcissistic individual without any kind of values, both personal and business wise. Not only that, but you are supporting a growing trend of bigotry and division in this country. Mr. Trump does not need to apologize anymore, which he will not according to his remarks after being dumped by Univision. He needs to be shown that his behavior belongs in the past before the civil rights movement. It is time for him and people like him, to join this century and work for this country, not against it. A large part of your audience is Hispanic and we watch NBC, NBC News, and Telemundo. How about looking out for us?