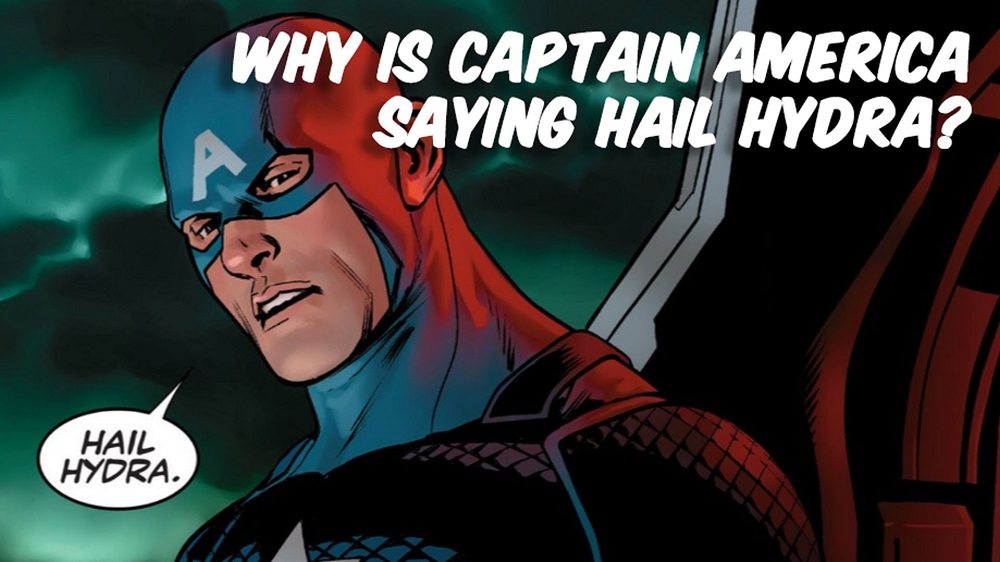 Popularity breeds controversy. By now, there are probably five household superhero names around the world. There’s Batman, Superman, Spider-Man, Iron Man and Captain America. That’s IMHO by the way. Iron Man made Marvel movies and the character great again while Captain America took things to a new level. A level that surpasses even the historic cinematic throw-down of two iconic superhero legends, Batman and Superman. Now that Cap’s popularity has gone to greater heights, it’s high time for the character to get his share of controversy. First, he’s been recently thought of as part of the LGBT community. Give Captain America a boyfriend they say, it will be fun they say. Probably because he’s the world’s foremost authority on waiting too long. Now, a new twist. Captain America is part of the secret organization he’s been fighting against for so long. Hail HYDRA! 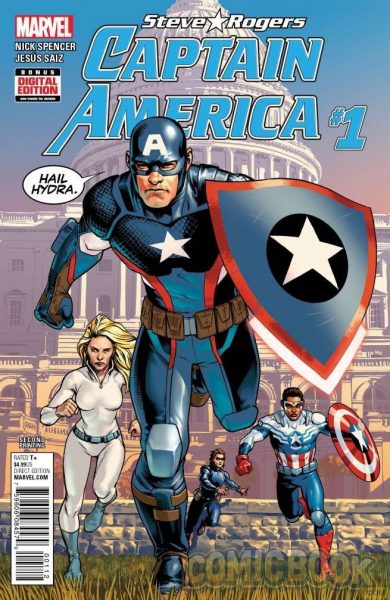 Not since Captain America: Winter Soldier has the two words ‘Hail HYDRA’ been so controversial. The internet is now going crazy after finding out that Captain America’s comic book counterpart said the words in Steve Rogers: Captain America issue number 1. The cover alone is controversial indeed but wait until readers got to read it and the way he said it on the final page. There are now plenty of amusing internet memes involving other popular characters saying the opposite of their long-held beliefs in the style of the recent revelation.

So, why? After all these years? Why make Captain America, the supposed defender of truth, justice and the true American way, the enemy? Were all those decades of fighting against the Red Skull, Baron Von Strucker, Arnim Zola and other HYDRA bigwigs pointless? Aside from that, the internet is angry, including those that were not invested in the character’s comic book world in the first place, mostly the movie fans. 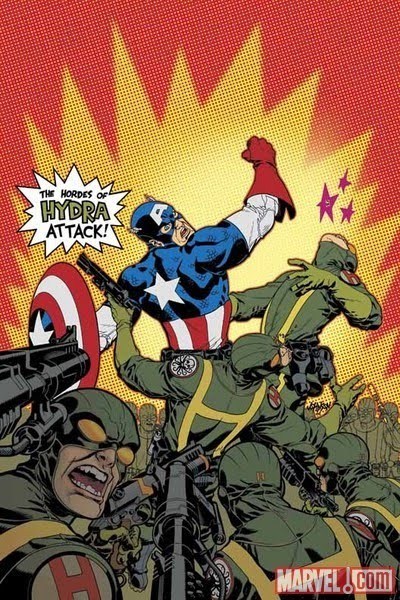 Sure, for many who have been into comic books their whole lives, it’s a story. Something to shake things up. Many are still mad though because writer Nick Spencer said that Cap is willingly into HYDRA. It’s not brainwashing like that latest Disney CGI made-for-TV special; it’s not mind control either. Captain effin’ America has been a HYDRA supporter his whole life which technically makes him a Nazi, and that doesn’t sit well with a lot of people. The story is that many folks, him included, are touchy about their mothers. He idolized his mom and remembers when they were taken in by some popular ideological and charismatic organization back during The Great Depression. They attended secret meetings and accepted its teachings until his mother died. He held on to those beliefs all this time thinking them to be noble. Steve Rogers’ nobility was one of the things that made him worthy for the super soldier serum but who said that nobility wasn’t relative?

For Marvel comics, it’s a way to shake things up. A story that could go on for a few months spanning a few issues which could cross over to other comics. It’s a way to drive sales of said comics, but they didn’t expect the internet and Cap’s nascent fans who grew up to believe that HYDRA is the enemy, as well as fans of the movies. They didn’t probably expect the massive negative backlash thanks to social media. The backlash has the potential to negatively affect Marvel sales and maybe even TV and the movies. More so by driving the point that the whole thing isn’t mind control.

Fortunately, unlike what could have happened a decade ago where the intended story could have run its course and reverted to the status quo, Marvel took the whole thing back. Even though Stan Lee was into the idea, Marvel’s board isn’t as confident. One could say that the internet is one big screening audience. Cap’s altered allegiance is explained immediately in issue number 2. That the whole thing is a ploy and Cap’s not allied with HYDRA out of his own free will. Thanks to a little girl named Kobik. Spoiler alert for those who want to know how.

Kobik is a sentient Cosmic Cube who took the form of a little girl, the same way the Beyonder (look it up) took the form of a young man. Cosmic cubes (not to be confused with the Tesseract) are powerful objects in the Marvel universe that eventually take humanoid forms when they become sentient. Before Kobik became sentient, she was taken care of by the Red Skull thus she owes him her loyalty and the Red Skull’s wish is for several Marvel heroes’ histories be re-written by Kobik so that the heroes would work for HYDRA. So that’s basically it. When Kobik made Steve Rogers young again (Cap became old in a previous event), she implanted him with false memories (unless his history was truly re-written) and the whole thing wasn’t really Cap’s fault. He’s not really sympathetic to HYDRA. It’s basically a story done to drive comic book sales as hardcore comics fans probably know already.

Besides, in comic books, no one really stays dead (except maybe for Uncle Ben), guys can turn into girls, girls into guys, straight could become gay, black becomes white and white becomes black. So chill out. Relax. Captain America isn’t called Captain America for nothing. If anything, Steve Rogers is more American than America.