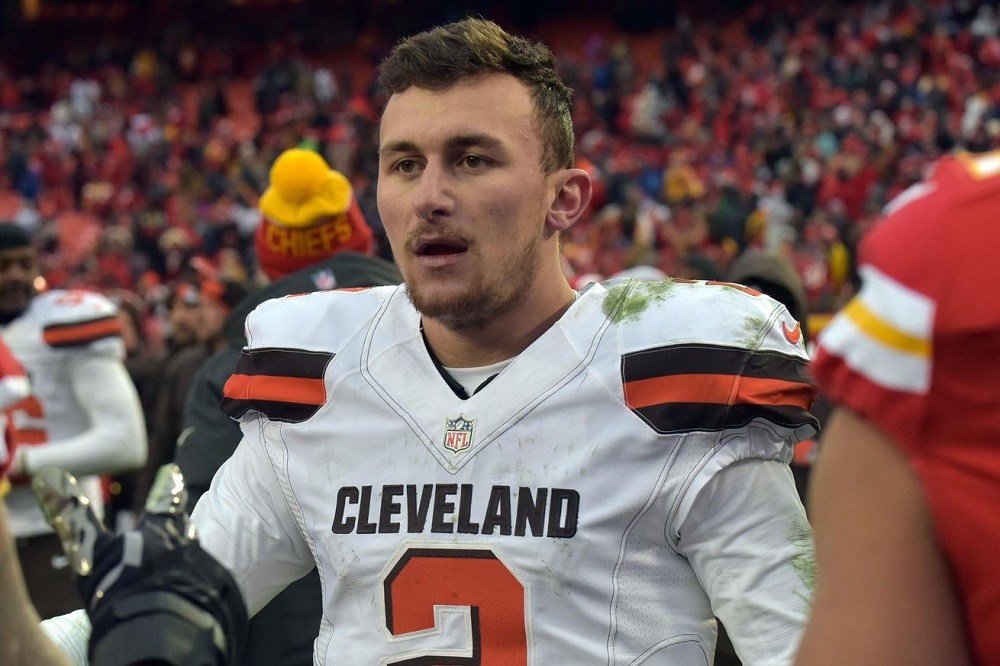 In some ways it must still be nice to be Johnny Football. Sure, it appears the world is crashing down around Johnny Manziel, and he’s in need of a new nickname since he’ll be going nowhere near a huddle anytime soon.

But the guy is still living large.

So large in fact that he didn’t seem to mind losing his guaranteed money from the Browns before they cut him.

Though it was unlikely Manziel would have come out on top had he filed a grievance with the players’ union, it would have been at least worth a shot. Especially considering we’re talking $2.173 million dollars that he was scheduled to make over the next two years.

It would have been pretty sweet to collect that money from Cleveland, never having to take a single snap over the next 24 months to get paid.

Manziel gave his former team plenty of ammo to void his guaranteed money in the first place of course. Not showing up for work is a clear violation of his contract. But maybe his trip to Las Vegas at the end of last season was worth it.

Perhaps J-Football won a couple million on a slot machine that night.

Or perhaps this kid just doesn’t give a damn.

Despite all the drama around his football career and off the field stupidity, he appears to still be living pretty high on the hog. Most NFL players would have woke up in a pool of their own tears had they lost out on an easy $2 million dollars.

Not our boy Johnny. He just keeps rolling right along, appearing in beautiful locales on social media and even laughing at his own professional demise by posting pics of his thrift store priced jerseys.

The music will eventually stop, though.

Just because Manziel was given a free pass to do pretty much anything he wanted while at Texas A&M, doesn’t mean that pass will last forever.

Given free reign to party and drink yourself silly sounds pretty great to a young man in his twenties with plenty of money in his pocket. In reality, it was that free reign that eventually led to Manziel’s football career getting flushed down the drain.

It’s easy to see how an organization like A&M would turn a blind eye to the bad behavior of a superstar who was helping the university print endzones full of money every Saturday.

Equally, it’s easy to see how quickly an organization like the Browns could wash their hands of a trouble-maker once his playing ability and knuckleheadedness didn’t balance out.

And Manziel made it a no-brainer to cut him by making it easy for the Browns to rip their $2 million dollars back.

Right now it’s hard to see exactly what rock bottom will look like for Manziel.

He shows no concern at all for his playing career.

Getting sober has turned into a punchline for the guy.

And even if another team wanted to give him a tryout, he faces a four-game suspension for substance abuse.

Oh, and there’s the domestic assault charges looming as well.

All in all, Johnny Manziel has had a terrible go of it since exciting the college scene. The problem is that he’s the only one who can’t seem to recognize his own downfall. Or maybe he simply refuses to take it seriously.

And barring some miracle, the high point of this former superstar quarterback’s life is in the rear-view mirror.