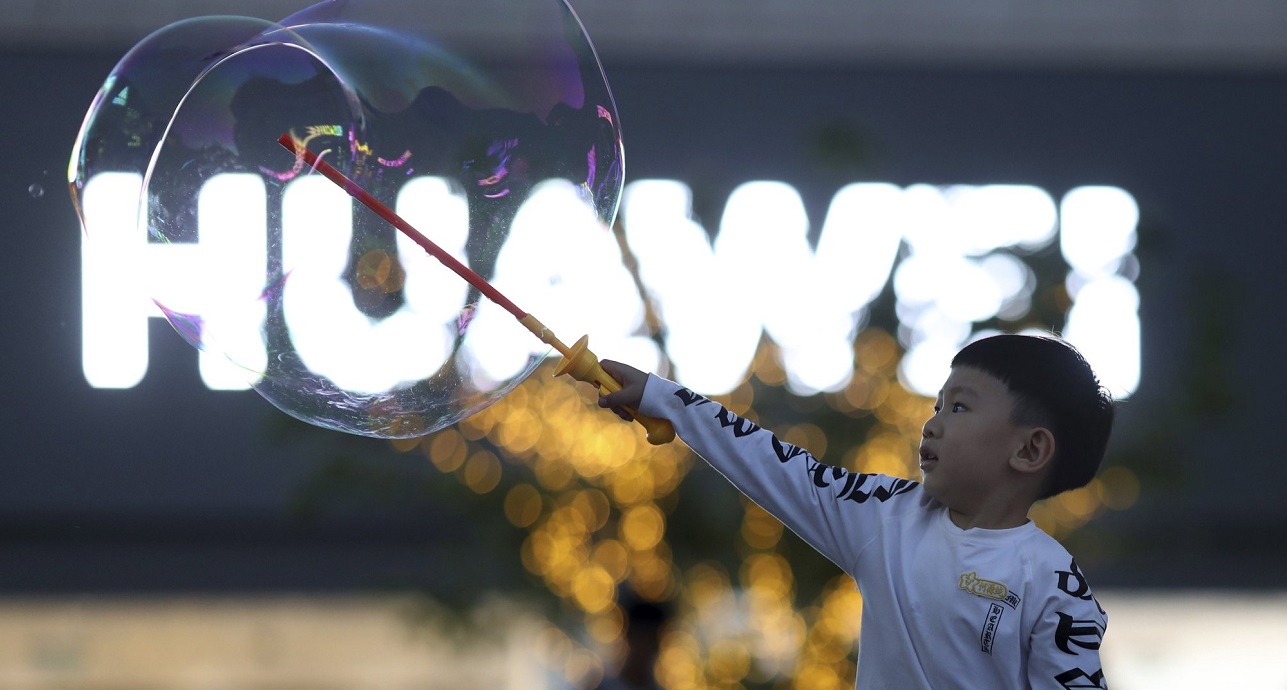 Tensions continue escalating between China and the United States, but tech giant Huawei got a slight reprieve from Donald Trump. The president is trying to prove that the Huawei ban and China trade war aren’t connected.

The United States is delaying some restrictions on U.S. technology sales to Chinese tech powerhouse Huawei in what it calls an effort to ease the blow on Huawei smartphone owners and smaller U.S. telecoms providers that rely on its networking equipment.

The Trump administration insists the sanctions are unrelated to its escalating trade war with China, and many analysts see it as aimed at pressuring U.S. allies in Europe to accede to Washington’s entreaties to exclude Huawei equipment from their next-generation wireless networks, known as 5G.

The U.S. government on Monday amended last week’s order restricting all technology sales to Huawei, the world’s biggest maker of mobile network gear and the No. 2 smartphone brand. It granted a temporary, 90-day exemption, but only for existing hardware and software.

It also said that grace period could be renewed.

Shares in tech companies rose Tuesday after some news organizations erroneously reported that the amended order amounted to a blanket reprieve for Huawei.

The U.S. claims Huawei is a cybersecurity risk and has targeted it against the backdrop of a wider battle with China over economic and technological pre-eminence that has included tariffs on billions worth of trade and limits on business. U.S. officials say Huawei is legally beholden to China’s repressive rulers but have provided no evidence that it has intentionally allowed its equipment to be used for espionage.

Huawei founder Ren Zhengfei sought to put a brave face on the situation, saying Tuesday that the company has “supply backups” if it loses access to American components. Huawei Technologies Ltd. relies on Google’s Android operating system and U.S. components suppliers for its smartphones.

“I should say this impact will be very big, but Google is an extremely good company,” Ren Zhengfei told Chinese reporters. “We are discussing emergency relief measures,” he added, without giving details.

Industry analysts say Huawei might struggle to compete if it cannot line up replacements for Google services that run afoul of the U.S. curbs.

Google says its basic services still will work on existing Huawei smartphones. However, the company would be barred from transferring hardware or software directly to Huawei. That would affect maps or other services that require the American company’s support.

In Brussels, a senior Huawei European representative lashed out at the U.S. sanctions.

“This is dangerous. Now it is happening to Huawei. Tomorrow it can happen to any other international company,” Abraham Liu, Huawei chief representative to the European Union’s institutions, told reporters.

China’s government repeated its promise to defend Chinese companies abroad but gave no details of what Beijing might do.

The 90-day grace period announced Monday by Washington exempts from U.S. licensing requirements any technology needed to maintain and support existing networking equipment and smartphones. It also authorizes U.S. providers to alert Huawei to security vulnerabilities and engage the Chinese company in research on standards for next-generation 5G wireless networks.

“This license will allow operations to continue for existing Huawei mobile phone users and rural broadband networks,” Secretary of Commerce Wilbur Ross said in a statement.

But still in place are requirements that government licenses be obtained for any sales to Huawei unrelated to existing equipment.

The Commerce Department said the grace period would allow rural U.S. telecom operators that depend on Huawei equipment for “critical services” time to make other arrangements. Companies that supply software — such as Google for Huawei’s Android smartphones — can continue to provide updates.

Britain’s cybersecurity agency issued guidance saying the temporary reprieve means “people should be able to update their handsets as normal.”

In a report, the global risk assessment firm Eurasia Group said that if the sanction process helps persuade European network carriers to also shun Huawei equipment, a full ban on purchases of U.S. technology products and services could be avoided.

The move to delay the restrictions on Huawei may follow a familiar script with the Trump administration, which in its attempt to change the U.S.’s trade relations with major economies like China and Europe has often announced restrictions or tariffs only to delay their implementation. That increases pressure on the other side but also gives them an incentive to negotiate.

It hasn’t always worked. The U.S. has announced new tariffs on European and Chinese goods several times, only to see them retaliate with tariffs on U.S. goods. That has raised the stakes in the trade wars, hurting global commerce and economic growth.

As China looks to respond to President Donald Trump’s move against Huawei, Apple makes a prominent potential target for retaliation.

Apple is Huawei’s main American rival in smartphones and its iPhones are assembled in China. The country is also Apple’s No. 2 market after the United States.

Attacking Apple might be politically awkward for Chinese leaders who have accused Washington of mistreating Huawei. Business groups say Chinese officials are trying to reassure American companies they are welcome despite the tariffs war.

But regulators have an array of tools including tax and safety inspections that can hamper a company with no official acknowledgement it is targeted.

Huawei’s U.S. sales collapsed in 2012 after a congressional panel told phone carriers to avoid the company and its smaller Chinese competitor, ZTE Corp., as security threats.

Despite that, Huawei’s sales elsewhere have grown rapidly. The company reported earlier its global sales rose 19.5% last year over 2017 to 721.2 billion ($105.2 billion).

Huawei smartphone shipments rose 50 percent over a year earlier in the first three months of 2019 to 59.1 million, while the global industry’s total fell 6.6%, according to IDC. Shipments by Samsung and No. 3 Apple declined.