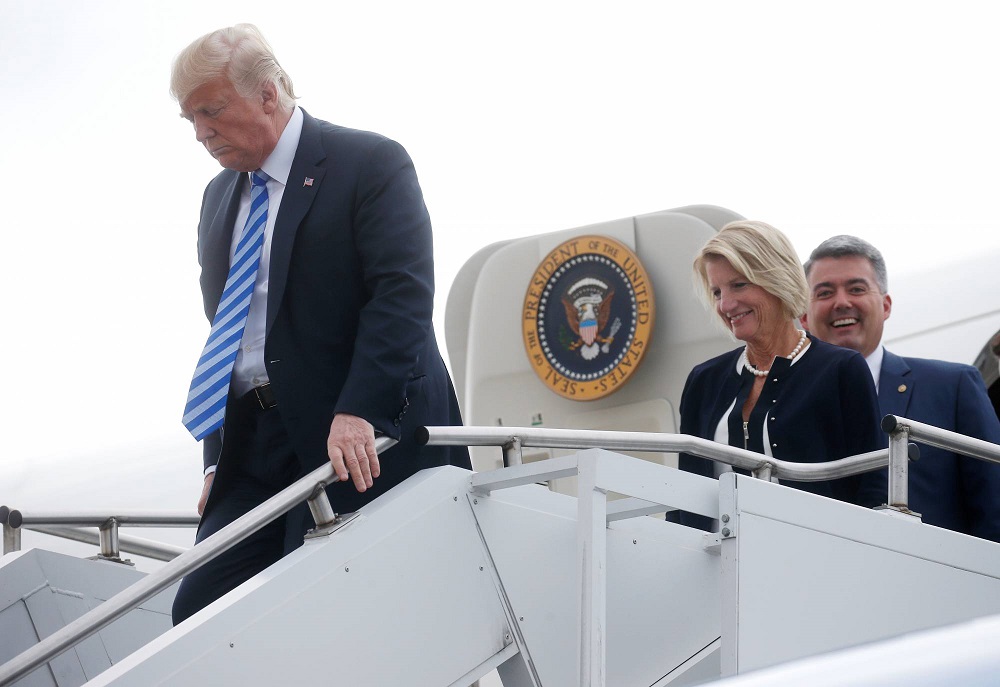 It didn’t take President Donald Trump too long before he responded to Michael Cohen and Paul Manafort‘s day in court on Tuesday making it one of his worst days in the White House.

Republicans and diehard supporters are swearing everything is “fine,” but many others feel this is a foreshadowing of things to come.

In Virginia, a jury found former Trump campaign chairman Paul Manafort guilty of eight financial crimes unrelated to the campaign. It was the first trial victory for prosecutors in the office of special counsel Robert Mueller, whose investigation Trump has derided as a witch hunt.

So what do these developments mean for the president? Here are some of your biggest questions answered. 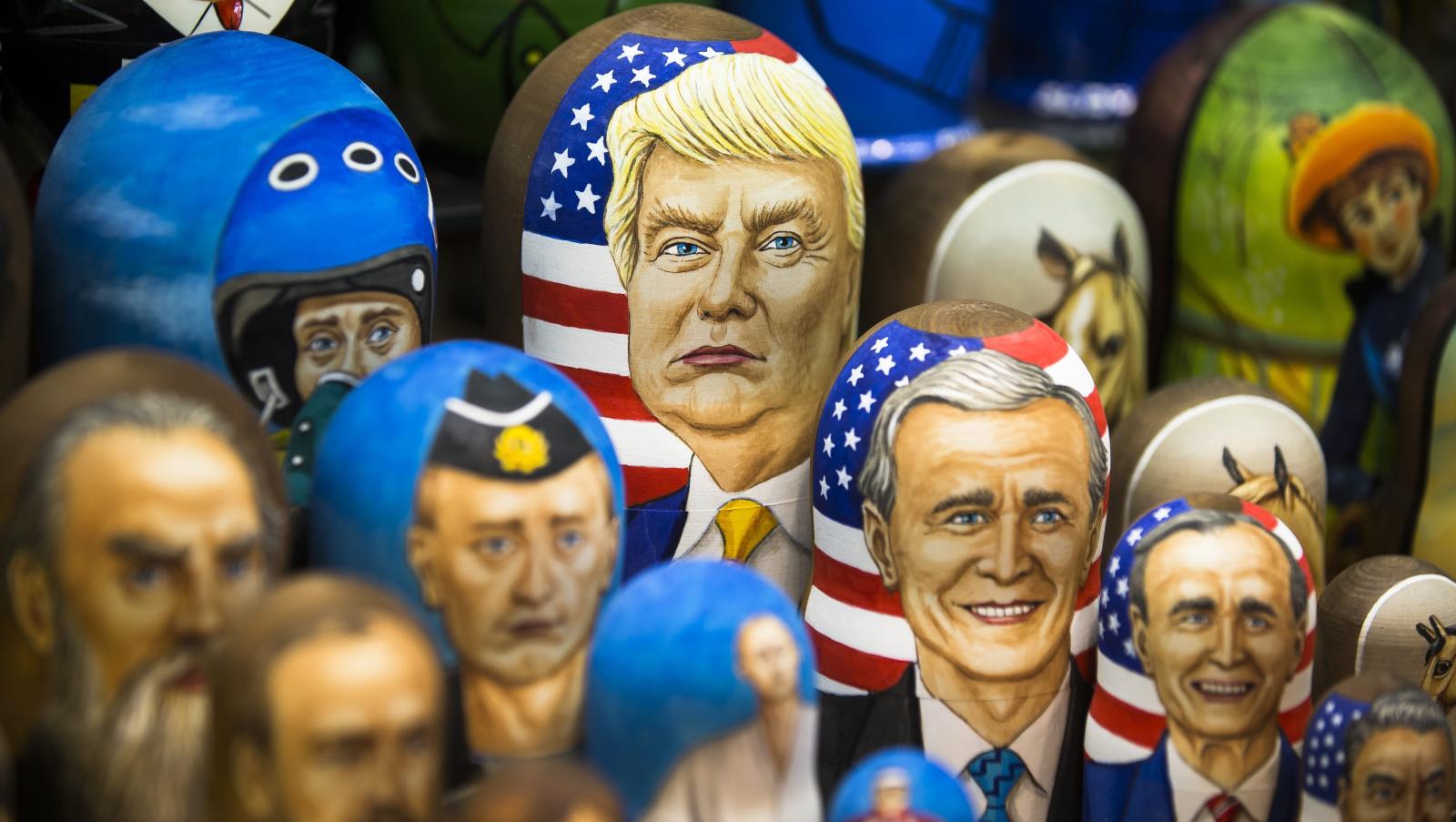 Cohen said in court that he made one payment “in coordination and at the direction of a candidate for federal office” and the other “under direction of the same candidate.” The amounts and dates all line up with the payments made to Daniels and McDougal.

Prosecutors did not go as far as Cohen did in open court in pointing the finger at the president, saying Cohen acted “in coordination with a candidate or campaign for federal office for purposes of influencing the election.” Legal experts said there could be multiple reasons for government lawyers’ more cautious statements.

But Trump’s attorney Rudy Giuliani said in a statement: “There is no allegation of any wrongdoing against the President in the government’s charges against Mr. Cohen.”

Trump denied to reporters in April that he knew anything about Cohen’s payments to Daniels, though the explanations from the president and Giuliani have shifted multiples times since.

DOES COHEN’S PLEA MEAN TRUMP COULD BE FORCED TO SUBMIT TO QUESTIONS?

Trump’s lawyers have been negotiating with Mueller about whether the president would submit to an interview as part of Mueller’s Russia investigation. Now Daniels’ attorney Michael Avenatti says he’ll renew efforts to get Trump to submit to a deposition in a lawsuit Daniels filed to invalidate a nondisclosure agreement she signed ahead of the 2016 election.

Avenatti tweeted that the Cohen pleas should “permit us to proceed with an expedited deposition of Trump under oath about what he knew, when he knew it, and what he did about it.”

Daniels’ case is currently on hold, but Avenatti said he’ll be looking to get that hold lifted.

The Supreme Court in 1997, ruling in a sexual harassment lawsuit brought by Paula Jones against President Bill Clinton, held that a sitting president could be made to answer questions as part of a lawsuit. But that ruling did not directly address whether a president could be subpoenaed to testify in a criminal investigation, a question the Supreme Court may have to confront if Mueller tries to compel Trump’s testimony in his probe.

Which one is a bigger deal — Manafort or Cohen?

They’re both big deals, but the Cohen plea deal — especially his testimony that he negotiated payments to women alleging affairs with Trump at the candidate’s direction — is the bigger deal. Of the eight charges Cohen plead guilty to as part of the plea deal, two of them were about breaking campaign finance laws. He testified that “in coordination and at the direction of a candidate for federal office” he made payments to hush former porn star Stormy Daniels about an alleged affair with Trump through a shell company named Essential Consultants LLC that he set up to disguise the transactions.

RELATED NEWS
Holiday delivery will be stress-tested in 2020

Those transactions are a violation of campaign finance law, which limits contributions to a candidate from any single person to $2,700 per campaign. Cohen paid Daniels $130,000 and urged the National Enquirer to make a similar payment to former Playboy model Karen McDougal for $150,000 in exchange for their silence. That Cohen was willing to testify that he did so at the direction of Trump suggests that the President of the United States in an unindicted co-conspirator in a felony. Which is a very big deal.

IF THERE IS EVIDENCE OF WRONGDOING, CAN TRUMP BE INDICTED?

The Justice Department’s Office of Legal Counsel, which provides legal advice and guidance to executive branch agencies, has held that a sitting president cannot be indicted.

Trump’s lawyers have said that Mueller plans to adhere to that guidance, though Mueller’s office has never independently confirmed that. There would presumably be no bar against charging a president after he or she leaves the White House.

Sol Wisenberg, who conducted grand jury questioning of Clinton as deputy independent counsel during the Whitewater investigation, said he still wanted to see more details of Cohen’s plea deal. But he said: “Obviously it’s not good for Trump. The stuff on Stormy Daniels is not good for Trump.”

“I’m assuming he’s not going to be indicted because he’s a sitting president,” Wisenberg said. “But it leads him closer to ultimate impeachment proceedings, particularly if the Democrats take back the House.”

Will Trump be impeached?

That is a much more interesting — and relevant — question. Impeachment is a political process whereas indictment is a legal one. Even before what happened on Tuesday, impeachment was always more likely than an indictment for Trump.

The chances of Democrats pursuing articles of impeachment against Trump if they win back control of the House this November definitely increased on Tuesday, but it’s very hard to say how much. It’s definitely below 50-50 at this point as even unapologetic Trump critics like Massachusetts Sen. Elizabeth Warren (D) were unwilling to use the “i word” following the Cohen and Manafort news. “What Congress needs to do right now is we need to make sure that special (counsel) Mueller is fully protected from being fired by Donald Trump,” Warren told MSNBC’s Ali Velsher on Tuesday morning when asked whether impeachment should now be on the table.

Why was Donald Trump’s name not mentioned in the Cohen plea deal?

The plea documents don’t mention Trump by name; they only refer to an Individual-1 who by January 2017 “had become the President of the United States.” CNN’s Kara Scannell notes that it’s Southern District of New York practice (as well as the practice of the rest of the Justice Department) not to identify individuals or entities that they don’t charge with crimes.

Why didn’t prosecutors make Michael Cohen agree to be a cooperating witness in the Mueller probe?

A good question, with no obvious right answer.

But here are a few things to consider:

HOW DOES COHEN’S PLEA RELATE TO THE MUELLER INVESTIGATION?

While the Manafort case was part of Mueller’s investigation, the Cohen case was not. It was handled by prosecutors in New York. Still, it could give Mueller a boost.

Laurie Levenson, a former federal prosecutor and professor at Loyola Law School in Los Angeles, argued that Cohen’s plea knocks back the argument that the investigations swirling around Trump are a “witch hunt,” as the president has called Mueller’s Russia investigation.

“No longer can you say Mueller is on a witch hunt when you have his own lawyer pleading guilty to things that were designed to impact the election,” she said.

What does any of this have to do with the Russia investigation?

On Tuesday afternoon, Matt Schlapp, the head of the American Conservative Union and a prominent Trump supporter, tweeted this: “So all this legal activity strange I see no ‘Russian collusion’ in any breaking news. Odd.”

Which, on one level, is sort of accurate. The Manafort conviction deals with crimes committed well before he came into Trump’s orbit in April 2016. It deals with financial malfeasance in Ukraine. And of the eight counts that Cohen pleaded guilty to on Tuesday, only two have any tie at all to the Trump campaign.

Here’s where Schlapp’s point breaks down: Both the Cohen and Manafort convictions come directly as a result of the Mueller investigation. And, in the document establishing the Mueller special counsel probe, Deputy Attorney General Rod Rosenstein makes crystal clear that Mueller is “authorized to prosecute federal crimes arising from the investigation of these matters.”

The other thing to keep in mind is that we simply don’t know what Mueller knows — and how Manafort and Cohen tie into what he knows. Both men were in Trump’s inner circle for critical moments during the campaign. It may turn out that neither one had anything to do with Russia or the broader Russia probe. But to conclude they didn’t when we still haven’t seen a single word of Mueller’s report is like leaving a basketball game in the second quarter and declaring that the team that was ahead when you departed “won.”

Will Trump pardon Cohen or Manafort?

I can answer that question in two tweets from Trump on Wednesday morning.

On Cohen: “If anyone is looking for a good lawyer, I would strongly suggest that you don’t retain the services of Michael Cohen!”

On Manafort: “I feel very badly for Paul Manafort and his wonderful family. ‘Justice’ took a 12-year-old tax case, among other things, applied tremendous pressure on him and, unlike Michael Cohen, he refused to ‘break’ – make up stories in order to get a ‘deal.’ Such respect for a brave man!”

Trump does have broad and unchecked pardoning power. And he’s already shown he’s willing to wade into controversial situations and use it — as he did earlier this year when he pardoned ex-Maricopa County Sheriff Joe Arpaio. Lanny Davis said Wednesday morning that Cohen wasn’t looking for a presidential pardon and wouldn’t accept one if offered.

COULD TRUMP PARDON HIMSELF?

Trump has already shown he’s not afraid to use his pardon power, particularly for those he has viewed as unfair victims of partisanship. He pardoned Joe Arpaio, the former Arizona sheriff who clashed with a judge on immigration, and I. Lewis “Scooter” Libby, a Bush administration official convicted of perjury and obstruction of justice in a leak case.

As for whether a president can pardon himself, not surprisingly, courts have never had to answer that question. Giuliani, Trump’s lawyer, has said it won’t come to that anyway.

“Pardoning himself would be unthinkable and probably lead to immediate impeachment,” Giuliani told NBC’s “Meet the Press” in June. “And he has no need to do it; he’s done nothing wrong.” Still, Giuliani argued that Trump “probably does” have the power to pardon himself.

Holiday delivery will be stress-tested in 2020