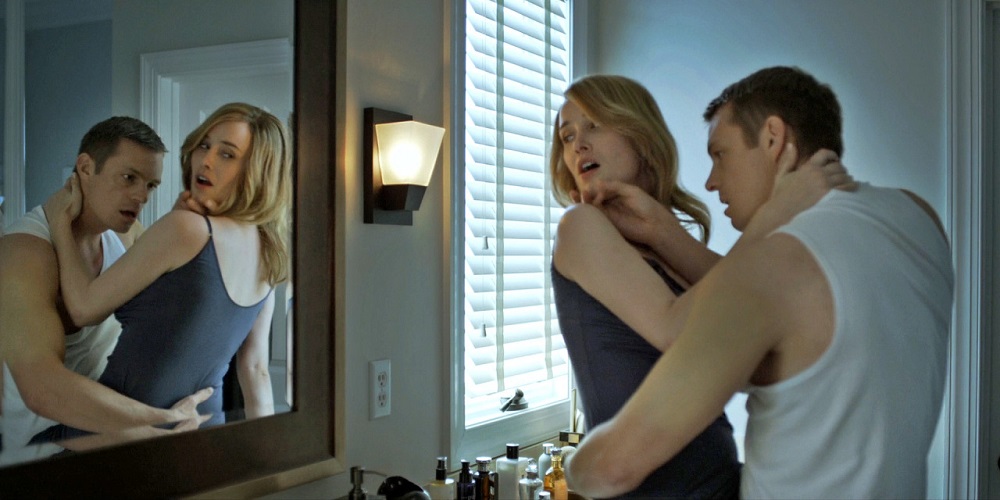 Quitters never win, and winners always cheat in House of Cards Chapter 46. At least in politics. The oh so honorable Heather Dunbar found that out the hard way.

She was forced to quit after the Lucas Goodwin scandal broke and she refused to tell a lie that probably would have never been proven. All the efforts of her campaign volunteers were wasted as she slinked away from the Presidential race.

**Political tip of the week from Francis Underwood: When you’re opponent is on the ropes, best knock them out, lest they get their second wind and a lucky break.

The Conway family appears to be the loving tribe that’s polar opposite the cold Underwoods. Everytime we see Claire and Frank together it’s always shot in a dark way. Will Conway and his family are shown together in a bright colorful way.

They appear to have a real warmth about them. The kids are a big part of that of course, and we know how the Underwoods feel about children. 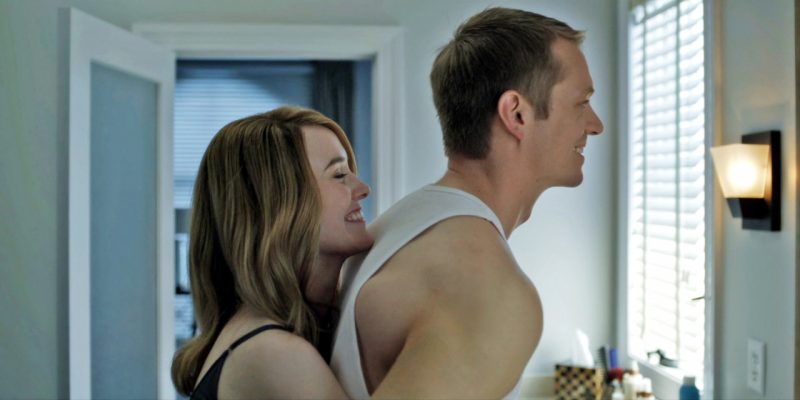 While Claire is busy working to get some control over handguns, Frank is working with the FISA courts to supposedly fight against the terrorist flavor of the month, ICO. In reality, Frank is going to use these secretive courts to get warrants needed to use the NSA in a bigger fashion than Conway is using his buddy’s search engine to spy on the masses.

Moving onto Frank’s offer to Donald to be his running mate. Thankfully the VP turns down the offer. Just like Frank knew he would.

Just once I’d like to see a character not do exactly what Frank expects. Someone besides Petrov.

Even knowing that Donald wants no part of running, Frank still insists he wants him when speaking to Democratic leaders. They are scared to death of that ticket so they are tasked with coming up with a list they would be excited about.

Frank is so good at letting others have his way.

This Will Conway is the real deal. He reminds me of a futuristic Tom Brady who will likely run the United States someday. He knows how to fire up the troops. Conway’s search engine tampering is not a secret anymore though, as a reporter asks him about Pollyhop as he walks past.

I’m voting for Conway myself regardless of his spying. At least he hasn’t committed murder yet. Right?

Leann is really pushing her data scientist Aidan MacAllan, even though Doug doesn’t trust him….or anyone for that matter. Leann sells MacAllan on the fact that he will have the NSA at his disposal.

Pretty good selling point for a guy who loves to mine data.

Doug does not bother sugar coating this little partnership. He lets MacAllan know that he will be taking the fall should something go wrong.

We find out that Conway is not bullet proof. He panics when the search engine news gains momentum and calls Frank directly. POTUS enjoyed this conversation tremendously, and Conway tells his wife he made a mistake in calling his opponent. 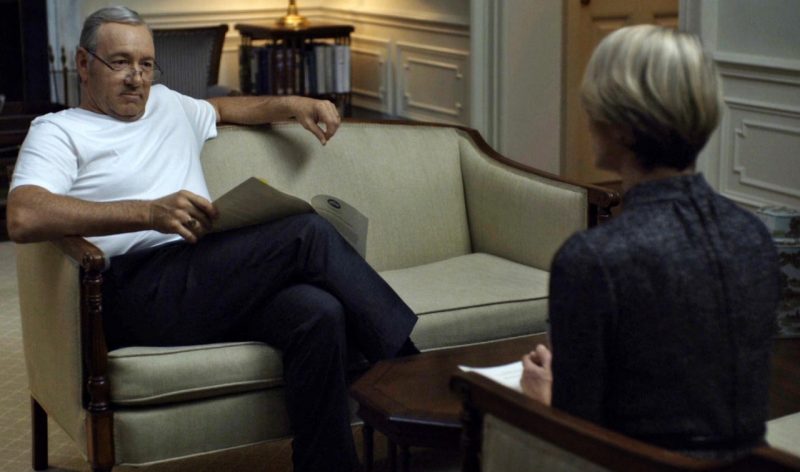 Now that Frank and Claire are back on the same side he helps her prep for her meeting with the head of the NRA. Giving her perfect attack points and again with the “steel stomach” talk that he mentioned right after his return from the hospital.

The fly in the ointment of Frank’s NSA data mining plan is a general who turns in his resignation after Frank refuses to strike the main base of ICO. Frank talks him into staying on and says he’ll approve the strike.

Again, letting the general appear to get his way, but leading things to fall Frank’s way eventually.

No way Frank can let the strike happen since that would take away the need for the wiretapping excuse to get voter data. No more ICO threat, no need to get those warrants.

Glad to know Frank’s got the safety of the nation on his mind….just behind him getting elected President. 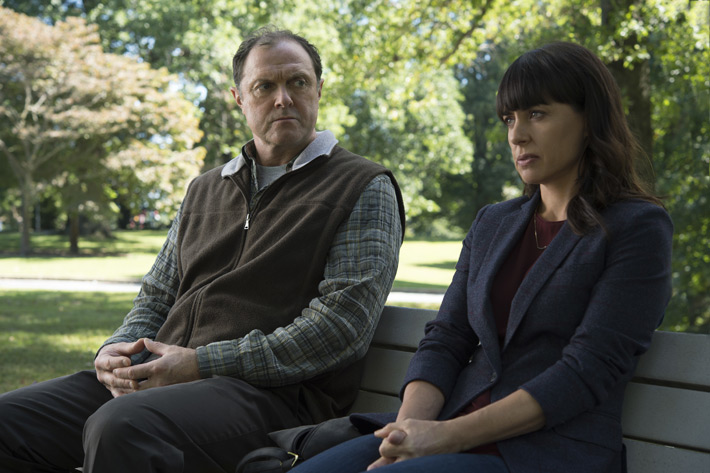 Now that Tom Hammerschmidt is once again interested in the Underwood story, he visits Janine Skorsky. She worked with Zoe Barnes before the nasty train incident, and was long ago intimidated to the point of leaving town and abandoning journalism altogether.

She’s now hooked on some sort of scripts and teaching at a community college. Hammerschmidt tries to get some help from her, but she says the affidavit she signed makes her useless as a source.

This is a broken woman, wrecked by her connection to the Underwoods. One of many victims.

What can you do when you’re on the verge of a digital snooping scandal? Open up your life to the public and let them know how you were using Pollyhop to get info on trends…not individuals.

So Conway does a live webcast at his normal looking home complete with toys scattered about and says his texts, emails, basically all his phone data is now available for anyone to see on his website.

Smooth move to get ahead of a looming scandal.

Frank turns the tables on the general’s empty threat of resigning when he aborts the strike on ICO. Later he gets a link from Claire showing an old video of the night he and Claire first met Mr. and Mrs. Conway.

This stroll down memory lane leads Frank to tell his wife, “We’re going to destroy them!”

This is the most aroused we’ve seen Frank Underwood in months. 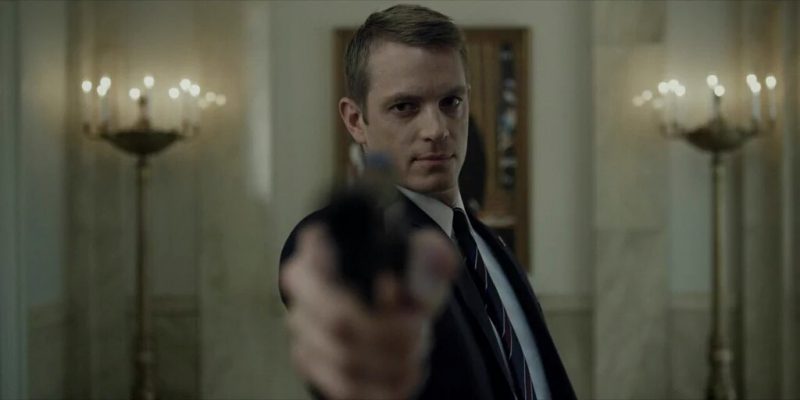 He’s probably right. The Conways aren’t weak, but they don’t have the experience to go toe to toe with the Underwoods.

We have six episodes left to enjoy the beautiful family that is the Conways, before they’re ripped to shreds…..most likely.