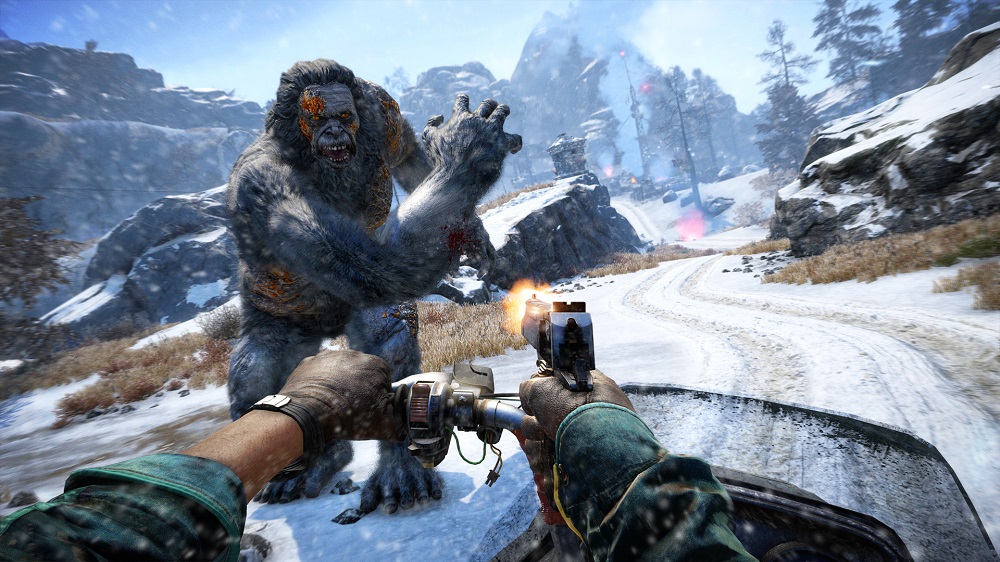 This week, I dove into Far Cry 4, exercised my mind with Brain Age (I know, I’m about ten years behind on this one), started The Wind Waker HD, and played my first PlayStation Move game in Sports Champions.

My backlog is rather extensive, and with an abundance of new titles releasing in the coming months, it goes without saying that I need to be efficient in choosing which games to play, to manage my time and have the most possible fun (for as much as I’d like to, restarting Fallout 4 with a focus on melee wouldn’t make much sense at the moment; there are just too many other games to play).

However, Far Cry 4 wasn’t among these games—those which I hoped to clear from my backlog ASAP. I purchased the Kyrat Edition some time ago for $30, and until the realization that I’ll detail next hit me, I didn’t really plan to play it anytime soon.

As I was choosing my next game, though, I noticed something odd:  a sizable stockpile of new Assassin’s Creed titles waiting to be played. AC 3, 4, and Unity were all purchased for next to nothing, and it hasn’t slipped my attention that Syndicate is rapidly dropping in cost. Also, another new title is coming out sometime next year!

Ubisoft’s affinity for releasing yearly installments and my affinity for good gaming deals has created quite the conundrum—one that may never quite be repaired (the odds of me playing all four of these AC games before the next title’s release are close to zero). With Far Cry: Primal plummeting in price as well, and history indicating that Ubisoft won’t delay in crafting another entry, I realized I didn’t want to find myself in the same situation with another series—or at the very least, I didn’t want to find myself in a situation that was this bad with another series.

So, somewhat begrudgingly, I began Far Cry 4 on the PlayStation 4.

My first impression was that the game looks technically impressive, in terms of its graphics, and that Ubisoft has dedicated quite a bit of newfound energy to developing the story and character of this entry.

Both impressions were true.

From the enemies to the animals and even the aerial views, Far Cry 4’s graphics are beautiful. In terms of adding personality to the game, the characters speak for themselves (two hippy stoners trapped in Kyrat and occupying your parent’s home, the main dictator antagonist, a gun-toting warlord-turned-priest with a knack for righteous justice, a surprisingly funny and interesting radio host, etc.). The player choices found in the game also add to this personality, as completely different main-story paths can also be chosen from. Furthermore, even relatively minuscule details—like some one-line item descriptions—earned a chuckle from me. The lush landscapes and never-ending supply of exotic animals—especially elephants, which can be rode and used to trample enemies—are also of a very high quality.

Moreover, the numerous vehicles, main quests, side quests, capture missions, and the sheer amount of things to do in the game are impressive—for new players, that is. For those of us who have played previous entries, the laundry list of tasks to complete in Far Cry 4 will be an annoyance more than anything else.

RELATED NEWS
How Do Graphics in New Online Slots Differ from the Old Ones?

Climbing up and liberating radio towers to change their propaganda frequency to a pro-democracy message is all well and good, but I did so in Far Cry 3 (and something similar in 2, if I remember correctly). The same can be said of the races and outpost missions! Even the involved healing procedures, where the character removes a bullet from his body, puts out a limb that has caught fire, snaps a finger back into place, or performs another healing action based upon the specific damage incurred is getting old! It was appealing when I saw it for the first time in Far Cry 2, cool in Far Cry 3, but now, it’s just a bit worn out.

Therein lies the problem with Ubisoft’s quick-fire release schedule: they continually come-up with an exciting concept, revolutionize it (Far Cry 1 to Far Cry 2 saw massive improvements, as did Assassins Creed 1 to Assassins Creed 2) and then replicate this revolutionized product with minor variations through each new release. For as intriguing as the healing system is, it first made its debut in 2008—nearly a decade ago!

This point is further illustrated in Far Cry Primal. It took me about an hour to find that the animals were the coolest part of Far Cry 4—throwing bait (it helps that your character is equipped with the launching power of an MLB pitcher) and watching as a ravenous predator attacks your enemies is awesome, as is riding elephants and trampling all who stand in your path.

This unique, albeit relatively minor in terms of size, bit of creativity appealed to other players as well, and Ubisoft in-turn developed an entire game around the theme in Primal.

The point is that, if Ubisoft delayed releases and focused on further innovating titles, their games wouldn’t be stockpiling in my collection. While it’s true that I don’t represent the whole of their sales community, it’s important to note that I’ve been playing Ubisoft’s games for years now; new players will be in the same boat as I am in no time at all.

The long-term implications of this development style aren’t purely financial. Sure, Rock Band and Guitar Hero were beat to death, but by then, Activision had made boatloads of money. Call of Duty sales are continually slumping, but once again, the profits are already there.

The real long-term implications of this quick-pace development style are simple: their games will be played because they are technically sound, but they won’t make history. When Rockstar releases a GTA title (or any other game), Naughty Dog creates games like The Last of Us and Uncharted 4, or Nintendo launches a new Legend of Zelda or Smash Bros entry, for instance, they are able to make history, capture the attention of the entire gaming industry, and still turn a massive profit. 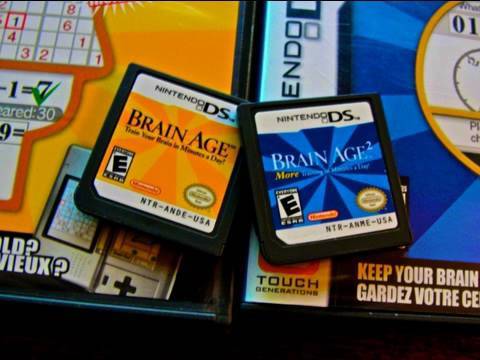 While I’ve played a lot of DS games, I haven’t quite experienced everything the system has to offer—mainly because I focus primarily on consoles. Brain Age is one of the DS’s most notable titles, and because it’s been sitting in my collection for well over a year since I bought it for fifty cents at a yard sale, I figured I’d give it a go (sound reasoning, right?).

I’ll keep this brief, as I’m sure you don’t want to hear too much about it, but this is an awesome game! Admittedly, I thought it was purely a collection of mind-bending mini games before playing. While these mini-games are present (and very well made), I’m finding a lot of use in the title’s one hundred Sudoku puzzles. Performing one per day is a lot of fun, and they make me wish I’d enjoyed Brain Age a while back.

I’ll keep my eye out for a cheap copy of the sequel. 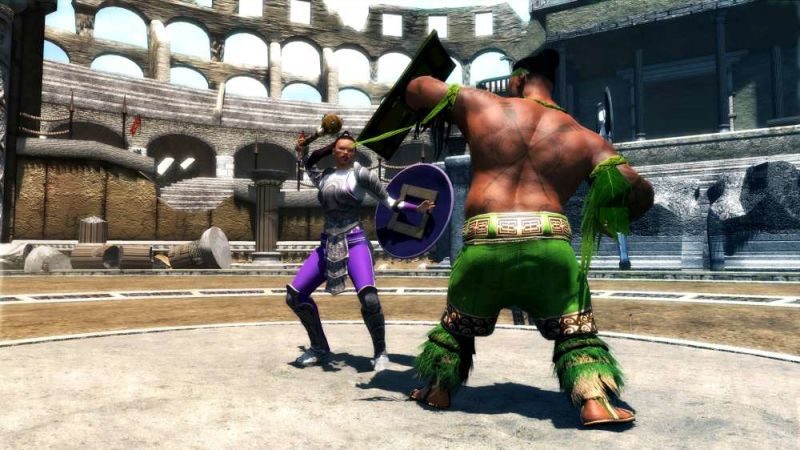 I bought a PS Move bundle from an FYE store for 75% off, bringing the cost down to about fifteen dollars. I’ve wanted to try Move for a long time, and with two new games as well, I thought the bundle was worth it for the price.

Sports Champions is another one of those titles that I imagine you’re not interested in hearing too much about, so I’ll keep this brief. In fact, I’m not even that interested in playing it—while it’s technically sound and well-made, I think the lack of another player (the bundle only came with one controller) and my Wii Sports days have burned me out on motion-controlled sports video games.

I really wanted to comment on the Ping Pong portion of Sports Champions. While I breezed through the opposition in the title’s other sports (and had fun doing so), I can’t seem to find much success at all in table tennis. To be fair, I suck at Ping Pong in real life, but the way the CPU players return my serves and hits repeatedly seems to be a bit much!

Has anyone else had the same experience? Finally, I began The Wind Waker HD on the Wii U (or more specifically, my brother did). While I only played for about twenty minutes and watched for an hour or so, I was reminded of what makes the game so incredibly special—this is a great example of a title that truly deserved to be remastered.

The HD graphics look spectacular (the pigeons on the side of the telescope your sister gives you at the beginning really made this clear right before the landscapes and characters did), the gamepad works impressively well (in the interest of full disclosure, I’ve been an outspoken proponent of the gamepad for a while—I thoroughly enjoy playing with it), and the game had aged outstandingly overall.

Now, if only the fun I’ve had with the Wind Waker HD (and will have when I play it myself) didn’t remind me of Breath of the Wild’s delay!

Next week, I’ll dive into one of the many downloadable games I have on the PS4 from Sony’s numerous sales, as well as a new title altogether (retail). I should be finished with Far Cry 4 soon, and I’ll record my final impressions of that too.

How Do Graphics in New Online Slots Differ from the Old Ones?