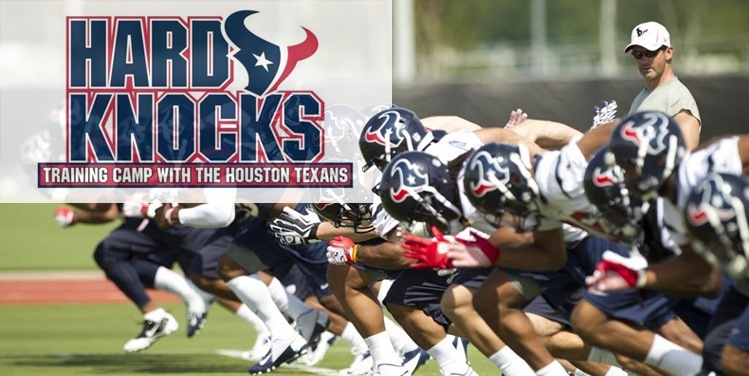 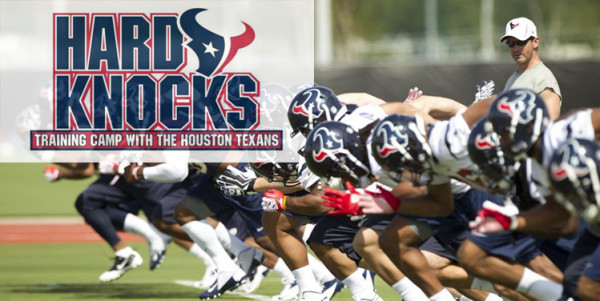 With the news that the Houston Texans will be starring in the 2015 version of HBO’s “Hard Knocks,” I can’t help but wonder why this great yearly series can’t be expanded. Don’t get me wrong, I have nothing bad to say about the show. It’s entertaining each and every season. It is perfect just the way it is in present form. And the Texans are a good fit with lots of interesting personalities to fill the show with entertainment on and off the field.

J.J. Watt is the best defensive player in the League and has a big personality to go along with that. Arian Foster is still one of the better running backs in the pros and isn’t afraid to share deeper thoughts, like how the NCAA takes advantage of college players. The storyline of former number one draft choice JaDeveon Clowney trying to make it back to form after an injury filled rookie season should make for good TV as well.

While I am interested in the Texans sweating it out in training camp, I would like more teams featured. I know there is only one HBO and they have a lot going on. They can’t cover all 32 teams of course. There is a great deal of work that goes into making training camp seem insanely interesting. If they tried to do the entire NFL there’s no doubt the product would get watered down. I definitely wouldn’t want that to happen. But surely there is a way to get more content without ruining the concept.

If HBO is capable of handling just one more team that would be great. They certainly have like seven HBO channels that could use some original content instead of showing “The Wolverine” 82 times in one month. I trust HBO to do this stuff right. Hard Knocks on NBC or CBS that first season would have likely resulted in it being the last season. HBO is different than regular TV, clearly. 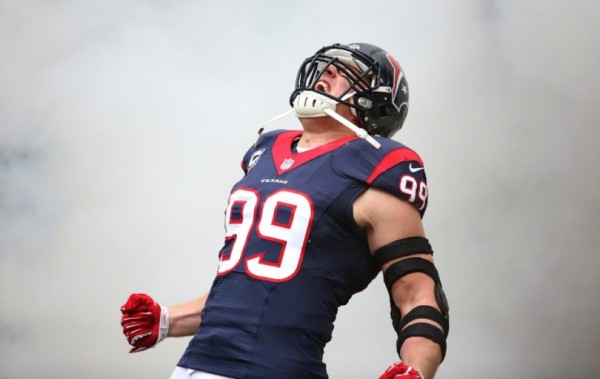 What’s wrong with Netflix doing a version of Hard Knocks? After all there are like 42,000 documentaries on there already. What’s a few more? In fact what’s 31 more? I can imagine there are enough independent film makers out there who would love to get a shot at a gig like this with the NFL. Now I certainly wouldn’t have time to watch the training camp documentaries on the other 31 teams, and most people wouldn’t even want to do that. But I would sure watch my Falcons doc each and every preseason. Getting to know the ballers on my home team a little better would enhance the experience for me, as was the case last season with the Birds featured on Hard Knocks.

Every team has a great following. This is the NFL after all. So each theoretical Netflix preseason documentary would have a big viewership. Not to mention the major teams that have a national following. Dallas of course would be close to the most watched along with the Patriots. Pittsburgh has rabid fans all over the country, so there would be no shortage of viewers for their training camp doc. Certain players would make their team relevant in the Netflix queue as well. Who wouldn’t want to get a closer look at Marshawn Lynch even if he said just a few words for the entire show, and of course Russell Wilson is a fan favorite we can’t get enough of it seems.

I certainly don’t know the ends and outs of how HBO has all of this set up with the NFL. Maybe they have an exclusive deal and I could understand that. However more content could be spaced out to not compete with HBO since they are the “original.” The NFL is always looking for ways to grow and that seems to be Roger Goodell‘s main focus, even to his own detriment. Since no one really cares about the actual preseason games, I can’t believe the League would be opposed to adding more preseason content that actually gets fans fired up. HBO has set the table with Hard Knocks, which is going into its tenth season. All the NFL needs to do is build upon a hit show that people are already talking about, even with months away.