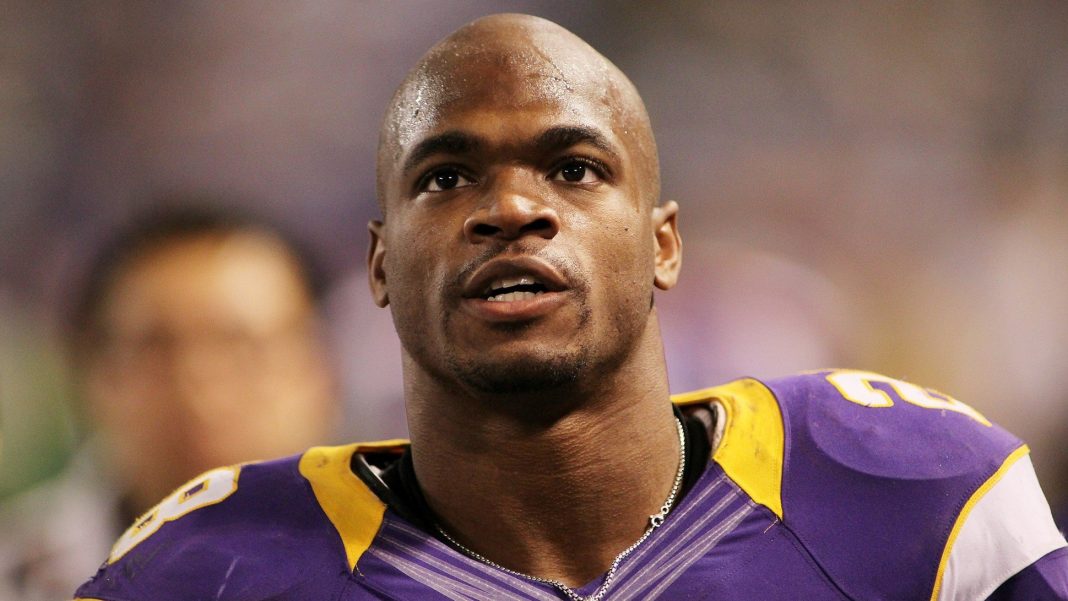 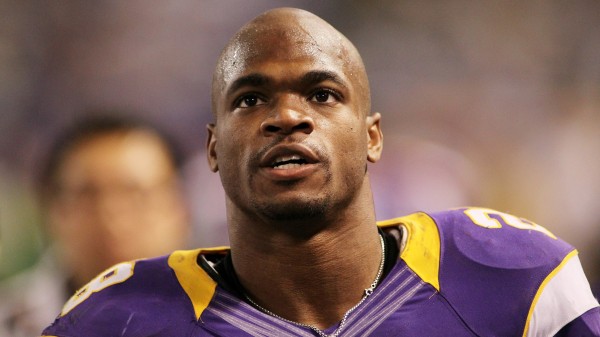 Now that Adrian Peterson has made an official statement, I guess his relationship with the Minnesota Vikings will improve by leaps and bounds. Or not. He didn’t exactly say he can’t wait to get in with his teammates for some off season workouts, which just last week he made public that he would be skipping. There was also the report earlier in the week that Peterson wanted a trade.

In an interview with ESPN on Wednesday, Peterson stated, “The reason I’m not attending OTAs has nothing to do with wanting to be traded. It’s about securing my future with the Vikings. It’s business, not personal and I understand that firsthand. Go Vikings.” He says he doesn’t want out of Minnesota. He simply wants the remainder of his current contract to have more guaranteed money. There is zero guaranteed after the 2015 season.

You certainly can’t blame a guy for trying. Peterson and his agent must surely see the writing on the wall. NFL teams aren’t exactly overjoyed about committing guaranteed money to running backs anymore, especially those with some age on them. AP is 30 years old and while still an athletic freak, will not be able to fend off Father Time, a real ass kicker. Team Peterson is trying to get every last dollar secured before the bright lights of the NFL start to fade out. 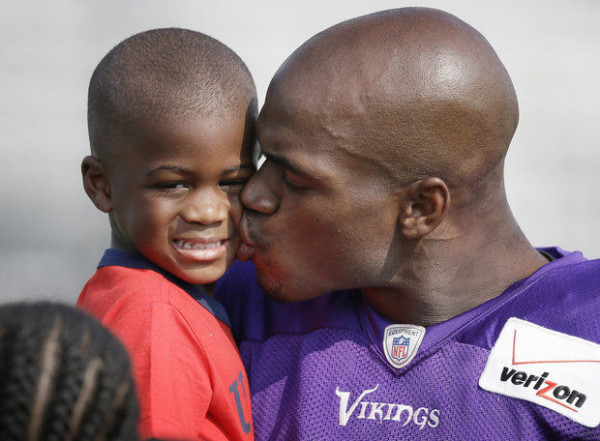 I do believe some of this public battle between the best pure running back in the NFL and Minnesota is personal. The money is always the main factor, but Peterson felt betrayed when the team that drafted him failed to have his back when he was accused of beating his young son. Make no mistake, AP still feels like he had the right to discipline his child with spanking, even though he knows he went too far. He can’t say that publicly of course. Minnesota had no choice but condemn what their All-Pro running back did. No way they could defend it or even stay silent about it, no matter how much they appreciated him as a player.

As for the money part, which is always at the heart of these contract disputes, Peterson has waited for the wrong time to try and secure his future. You don’t ask for a better contract when you have very little leverage. He should have done that at the time he signed his current deal that now leaves him hanging after 2015.

Minnesota has to be plenty pissed that their best player missed all but one game last year. The Vikings hold the hammer now, so why would they give him a better contract with more guaranteed money? AP should have struck while he had hold of that hammer. The team isn’t going to simply hand over more money because of how valuable he has been over his eight year career. Pro teams hand over money based on what they believe a player will do going forward. Peterson already left them hanging last year, and who’s to say 2015 won’t be his last highly productive season. He’s still got plenty in the tank in my opinion, but Minnesota isn’t so sure or they would be in a hurry to change that contract for their guy.

Not only is Minnesota not in a hurry to accommodate AP, they are being downright combative. Vikings head coach Mike Zimmer had this to say in response to a question about Peterson trying to force a trade, “He’s got two choices. He can play for us or not play.” That’s not exactly the tone of a guy who is trying to sweet talk the franchise player into making things right. I don’t see Zimmer saying something that bold without the approval of ownership either.

So what will happen with this saga in the coming weeks and months? It’s possible, but unlikely, that Jerry Jones will swoop in to save Peterson from the awful hell of his $12.75 million the back is set to make this season. Blockbuster NFL trades rarely go through even though I know they are great fun to chat about. What is most likely is AP dressed in purple and gold for 2015. The 2016 season will be determined by his performance this year. If Minnesota feels like he is worth more guaranteed money, then they will give it up. If not they could cut him or even trade him. The Vikes hold the hammer and if Peterson is pissed about that fact, he should have got a better deal back when he was invaluable to the team. Of course he could have chosen basketball or baseball where players aren’t just used up like cheap pornstars then tossed aside as soon as fresher, cheaper ones are available.