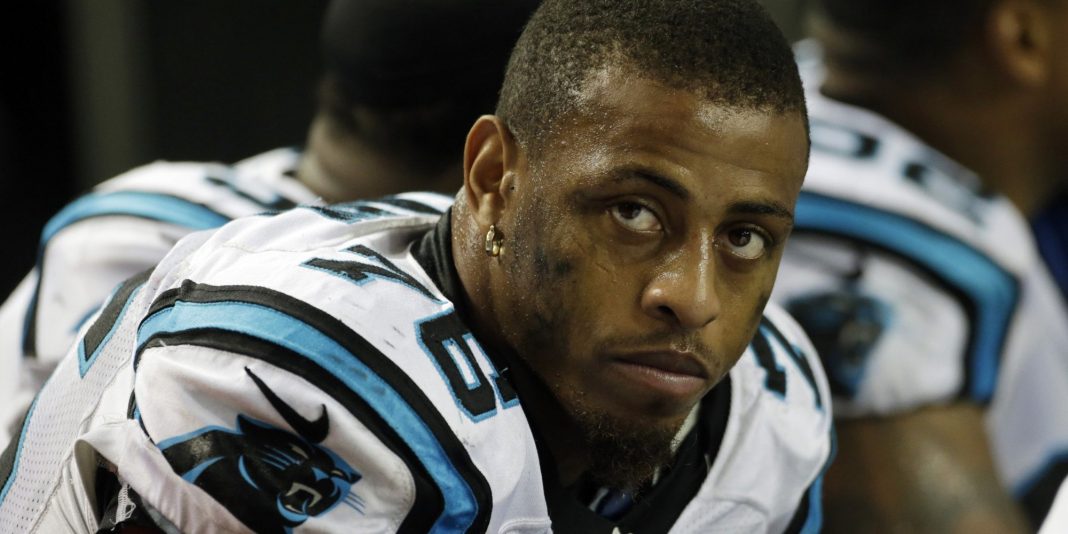 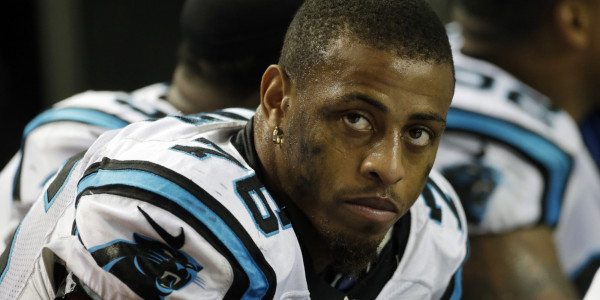 Jerry Jones will be without his most prized free agent pick up from this offseason for ten games. Greg Hardy will miss ten game checks after Roger Goodell handed down the suspension without pay for conduct detrimental to the league. Hardy will be back for Dallas’ turkey day game against the Carolina Panthers. That is as long as he doesn’t do anything in the meantime to screw up his career further.

The NFL did their own investigation into the allegations of abuse by his former girlfriend Nicole Holder. “The NFL’s investigation concluded that Hardy violated the Personal Conduct Policy by using physical force against Nicole Holder in at least four instances,” according to the NFL’s statement. The league’s investigators had the same amount of luck contacting Holder as the judicial system in North Carolina, no luck at all. The league stated that they were unsure if her lack of cooperation was  “the result of her entering into a civil settlement with Hardy or other factors.” If she did receive a settlement in exchange for her silence, I hope she got the cash up front. It will be a while before Greg Hardy gets a paycheck.

While we don’t know what exactly went on between Hardy and his ex-girlfriend, we do know about some of the injuries she received. Those included bruises and scratches on her neck, shoulders, upper chest, back, arms and feet…..basically all over her body. Hardy might could have had a few sympathizers had there been one incident, but four different instances are hard to explain away, even by the most fanatical Cowboys fan. 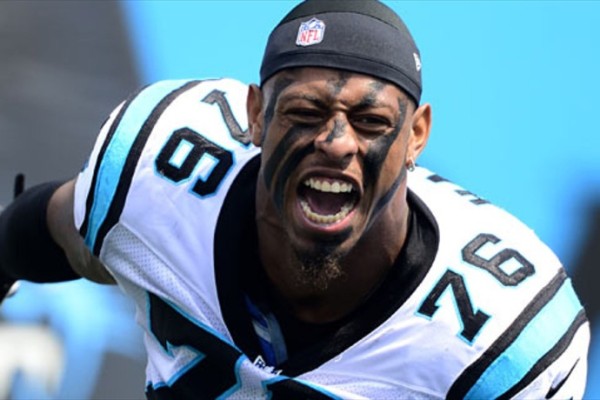 I don’t think Jerry Jones foresaw this long of a suspension, but the team certainly guarded against the possibility with the contract Hardy signed just weeks ago. Jones didn’t get rich enough to build a gazillion dollar stadium by making poor business moves. It will be interesting to see if his investment pays off on a guy that will have missed 25 football games by the time he returns on Thanksgiving 2015. Long layoffs are not usually a positive when it comes to pro football players. It is pretty easy to get fat, lazy, and it’s hard to simulate NFL action in workouts unless your personal trainer is hitting you with his car or otherwise trying to maim him.

The conversation may turn toward the fact that Jerry Jones would sign a guy like Hardy. I feel slimy even putting Jones’ statement on my screen. “This suspension is something that we anticipated prior to Greg’s signing, and we respect the Commissioner’s ruling. Our organization understands the very serious nature of this matter. We will use our resources — work closely with Greg and with the league — to ensure a positive outcome.” How’s that for putting out a statement without saying anything at all? Jones could run for political office and fit right in.

Jerry Jones is in a hard spot. His goal is to win a Super Bowl and that won’t happen without getting the best players possible. Greg Hardy was arguably the second best pass rusher available, behind only Ndamukong Suh. Sure Dallas could have let some other team sign the guy and let them deal with any fall out, and that is precisely the point. Some other team would have signed Hardy, no doubt. He may be an ogre that left his lover battered and bruised, but he can play football at the highest level. The reason Jones signed him is the same as why boxing reporters are not going to ask Floyd Mayweather about all his domestic abuse cases. These reporters are going to focus on the upcoming super fight with Manny Pacquiao. That’s their job, to report on boxing. The fact that the biggest name in boxing has a past riddled with women he has allegedly hit puts these reporters in a tough situation. Their jobs depend on covering a dirtbag like Mayweather. Jerry Jones’ team success depends on signing guys that give him the best chance of winning games. Sometimes those guys happen to have dirtbag-like features.

I would prefer my home team have an owner with a decent moral compass. My Falcons are run by Arthur Blank who is known for wanting only high character guys. Who could blame him after what happened with his $100 million dollar quarterback when Mike Vick got popped for fighting dogs. Oh and Blank also got burned by a sleazy coach when Bobby Petrino left town on the first thing smoking as soon as Vick was out of play. I can’t blame Blank for being gun shy, but it’s unlikely you will win consistently with a team full of boy scouts. You don’t have to sign the worst of the worst, but football is a tough game played by some mean men.

It will be some time before we can call the Cowboys’ decision to sign Hardy good or bad based on his play. He may never be the same player, or maybe he picks right back up where he left off when he had 15 sacks back in 2013 as a Panther. His case was one of the first to be reviewed by the NFL’s independent team instead of solely relying on police evidence. He already missed all but one game in 2014 and will miss ten more in 2015. 25 games is a good portion of many players’ entire careers. We shall see if Hardy can perform at the highest level once again and more importantly if he can stay out of trouble off the field. I would think he would be smart enough to never let this happen again, but I also thought NFLers would avoid domestic disputes at all costs after Ray Rice made national headlines. I guess I gave these players too much credit.