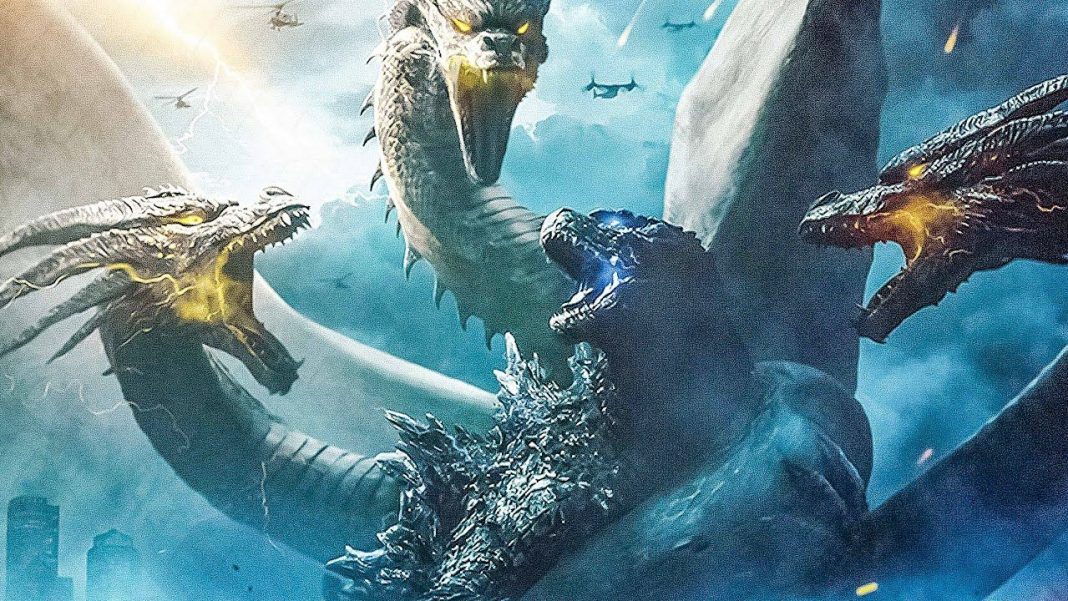 Sometimes even monsters like Godzilla need a break which showed this box office weekend as the giant lizard underperformed even though it came in the number one position. It did much better worldwide while both “Rocketman” and “Ma” put in solid performances with strong sales.

The latest iteration of the Godzilla franchise took over the top spot from “Aladdin” and roared louder than Elton John at the weekend box office, but it still left a notably smaller footprint on North American theaters than its city-wrecking predecessors.

“Godzilla: King of the Monsters,” Warner Bros. and Legendary Entertainment’s sequel to 2014′s “Godzilla,” was brought down to size by poor reviews and middling interest from moviegoers, selling $49 million in tickets, according to studio estimates Sunday.

While still good enough for No. 1, that total was $10-15 million off industry expectations and close to half of the $93 million debut of the previous “Godzilla” movie.

Still, the weekend, led by one of the most classic movie monsters, brought Hollywood’s summer season into full swing. Last week’s top film, Disney’s live-action, blue-Will Smith “Aladdin” remake, slid to second with $42 million in its second weekend. And a rush of newcomers, including the Elton John biopic “Rocketman” and the Octavia Spencer-led horror film “Ma,” swelled theaters with a variety of options.

Dexter Fletcher’s fantastical Elton John biopic “Rocketman,” starring Taron Egerton, didn’t launch with the same bravado as last year’s Freddie Mercury biopic “Bohemian Rhapsody.” But it opened solidly in third with $25 million. The weekend’s most profitable release, by percentage, was likely the Blumhouse Production thriller “Ma,” which made $18.2 million against a $5 million budget.

Even with a toothless “Godzilla,” the weekend was up drastically — 62 percent, according to Comscore — from the same weekend last year, when the swiftly forgotten “Solo” was in its second weekend.

“King of the Monsters” cost at least $170 million to make, not including $100 million (plus) in global marketing costs. Initial ticket sales in the United States and Canada fell behind those for its series predecessor by 47 percent, according to Comscore data. Critics were not kind. “Beyond the awesome destruction, it’s not easy to build the character, story, emotion — the glue that sustains a series — when it’s all about the monster,” said David A. Gross, who runs Franchise Entertainment Research, a movie consultancy.

But there is no rest for the weary in today’s franchise-fixated film business, in part because monsters still draw big crowds overseas, where Godzilla, Mothra, King Ghidorah and pals collected about $130 million over the weekend. “Godzilla vs. Kong” has already been scheduled for release in March.

Part of the appeal of giant monster films from a studio standpoint is their popularity in Asia. This “Godzilla” fared best in China, opening there with $70 million. It made $130 million internationally overall.

But in Godzilla, some see a flagging franchise of unrealized potential. In its three recent blockbuster iterations going back to Gareth Edwards’ 1998 Sony release, none have drawn much praise from fans or critics. This latest one, directed by Michael Dougherty, has a 40 percent fresh rating on Rotten Tomatoes.

Warner Bros. is developing a face-off movie between Godzilla and King Kong, who was last featured in “Kong: Skull Island.” That 2017 release opened with $61 million and went on to make $566 million worldwide. Jeff Goldstein, distribution chief for Warner Bros., believes the big budgeted “King of the Monsters” can keep drawing moviegoers to the studio’s ongoing monster franchises.

“The avid fans of Godzilla came out Thursday and Friday,” said Goldstein. “The real key for us is how broadly can we expand over the next couple weeks? Can we hold on to an interest that’s wider than the regular Godzilla fans? I think we can.”

In Godzilla’s shadow, counterprogramming thrived. Coming off its acclaimed premiere at the Cannes Film Festival, “Rocketman,” which Elton John executive produced, opened well if not spectacularly for Paramount Pictures. The R-rated biopic cost about $40 million to make.

Aiming to capitalize on the British singer’s worldwide appeal, the stars of “Rocketman” have circled the globe ahead of release. It added $19.2 million internationally. In Russia, the film’s local distributor cut out scenes depicting homosexual activity and drug use. John and the filmmakers criticized the move as “a sad reflection of the divided world we still live in.”

Though “Rocketman” shares much with “Bohemian Rhapsody” — including Fletcher, who helmed the Mercury film after Bryan Singer departed production — its makers have sought to distance it from last year’s Oscar-winning $900-million sensation.

The initial box-office results pleased Paramount, which spent roughly $41 million to produce “Rocketman,” which stars Taron Egerton and was directed by Dexter Fletcher. The studio hopes that positive word of mouth will allow the well-reviewed film to hold on to theaters in the competitive weeks ahead, allowing it to ultimately deliver results on par with “A Star Is Born” and “The Greatest Showman.” “A Star Is Born,” which had the benefit of two major stars (Lady Gaga and Bradley Cooper) and awards attention, had about $215 million in domestic ticket sales. “The Greatest Showman,” which was rated PG, collected $174 million.

“That movie is a unicorn,” Egerton said in Cannes. “Our movie is a different animal.”

Future looks shiny: Turnout for “Rocketman” was gender balanced — almost evenly — and ticket buyers gave the film an A-minus grade in CinemaScore exit polls. Most of the audience was over the age of 30, which Hollywood considers old.

“The best news this weekend was for the industry itself,” said Paul Dergarabedian, senior media analyst for Comscore. “Even if the top movie didn’t earn $100 million, we had a big up weekend and we need more of those to get out of this deficit that we’ve been in since basically the beginning of the year.”

The news, though, wasn’t good for “Booksmart,” the acclaimed teen comedy starring Beanie Feldstein and Kaitlyn Dever. Amid its disappointing wide-release opening last weekend, director Olivia Wilde appealed on social media for fans to support a movie “made by and about women.” On its second weekend, “Booksmart” couldn’t turn it around, earning $3.3 million on 2,518 screens.