Home All News Movie News Ghostbusters 3 Sequel: What you need to know plus Kevin Feige 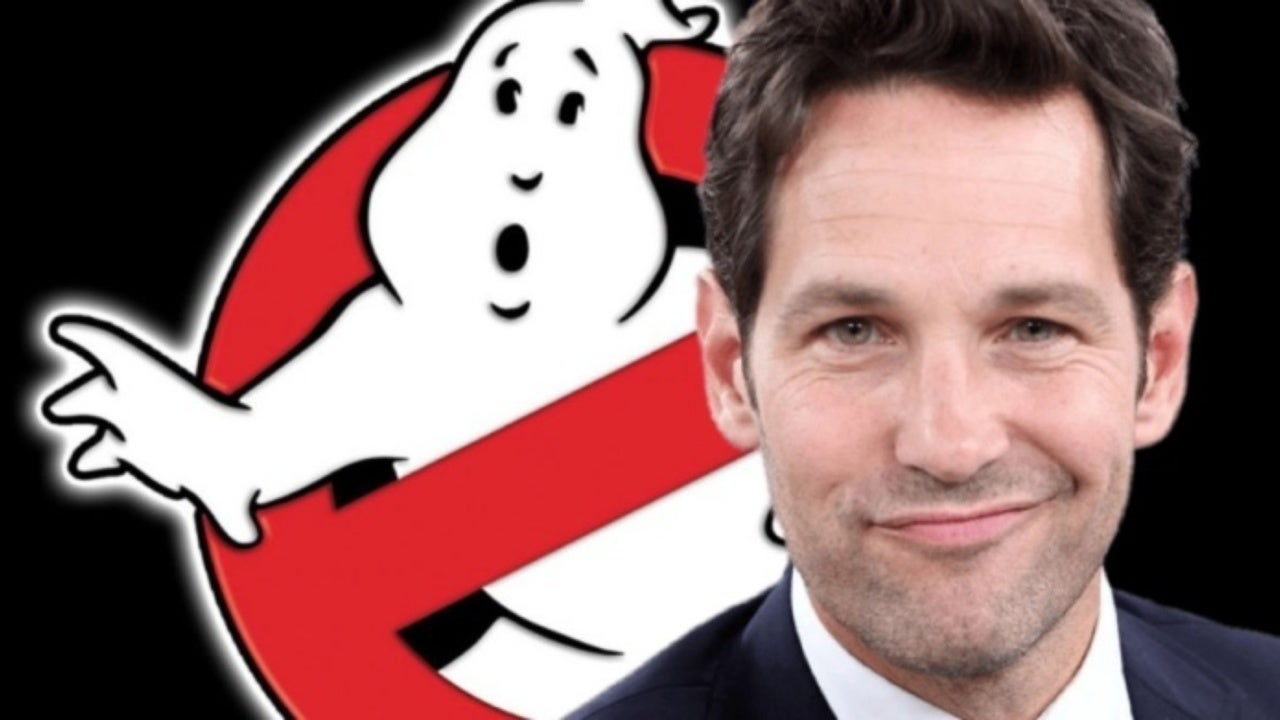 Even after fans hated on the last attempt to revive the “Ghostbusters” franchise with an all-female cast, Ivan Reitman will be bringing back some of the original cast along with hot fresh faces to draw in all demographics. He is still a believer in going after that four-quadrant demo.

The upcoming “Ghostbusters” sequel will focus on the descendants of the original ghost-catchers who rushed around New York City in proton packs and jumpsuits.

Ivan Reitman and Dan Aykroyd revealed details of the new film, saying it is expected out next year and will star Paul Rudd, Finn Wolfhard, Carrie Coon and McKenna Grace. Reitman directed the original 1984 film and Aykroyd co-wrote and co-starred in it. Reitman’s son, Jason, is directing the new movie.

“I think it’s a wonderful story because people seem to continue to be interested in 35 years after we came out with the first one. And I think we’re trying to expand it a little bit. And I think Jason’s movie does that,” Ivan Reitman said Thursday. “This is a story about a family.”

Both men were at Universal Studios Hollywood, where they were promoting a “Ghostbusters”-themed “Halloween Horror Nights” maze attraction.

The franchise was last revived in 2016 with a group of four actresses — Melissa McCarthy, Kristen Wiig, Kate McKinnon and Leslie Jones — taking over as the title characters, a gender reversal from the original.

Aykroyd, who is a producer along with Reitman on the new “Ghostbusters,” praised the 2016 film but said it was time to hand off the mantle “to a new generation.”

“Although the girls’ movie kept the concept and the ideas alive — and it was really good, they were great in it — it wasn’t like giving it to the new generation, the actual descendants of the original Ghostbusters. So we’re going to link to the DNA old and new there,” he said.

When will Ghostbusters 3 be released in theaters?

“Ghostbusters 3” will be released in US cinemas on 10th July 2020. It has not yet been revealed when the film will come out in the UK.

Who is in the cast of Ghostbusters 3?

Captain Marvel star McKenna Grace, aged 12, will lead the cast of the film – but details of her character have not yet been revealed. She is joined by “Stranger Things” actor Finn Wolfhard as her character’s brother and “The Sinner’s” Carrie Coon as her mother, and recently director Jason Reitman revealed a first-look picture of their family as filming began.

In June 2019, it was reported by Variety that “Ant-Man” star Paul Rudd would also feature as a teacher, presumably in charge of Grace and Wolfhard’s characters. Rudd’s involvement was confirmed by Ghostbusters’ official Twitter account which shared a video of the actor in front of the iconic firehouse used in the franchise.

“When I heard they were going to call me, well, as you can imagine, I nearly slimed myself,” he says. “I can’t wait to join the cast this fall for ‘Ghostbusters.’ In fact, I’m sliming myself right now.”

“He’s a seismologist who’s come to this small town because they’ve been having mysterious earthquakes,” Ivan explained to ET Online. “He’s also teaching summer school there and he’s extraordinarily funny.”

RELATED NEWS
Oracle beats out Microsoft for TikTok, but did they really win?
Which original Ghostbusters stars will be reprising their roles in Ghostbusters 3?

Sigourney Weaver will be back as Dana Barrett, and she seemed to hint she would be reuniting with Bill Murray, Dan Aykroyd and Ernie Hudson for the movie, telling Parade: “It’s going to be crazy working with the guys again.”

However, there’s been no official confirmation yet that the trio will be returning as Dr Peter Venkman, Dr Raymond Stantz and Winston Zeddemore. For now, both Aykroyd and Hudson are enthusiastically tweeting about the new film.

Harold Ramis, who played Dr Egon Spengler, passed away in 2014 and is unlikely to be recast.

What is Ghostbusters 3 about?

The new film will center around four teenagers – two boys and two girls – and will tell the story of a family moving “back home to a small town where they learn more about who they are”, according to Pursue News.

Ghostbusters 3 will be a direct sequel to 1989’s Ghostbusters II and will take place in a different universe to the 2016 all-female reboot.

“I think we have a story that’s going to work and it’s being written right now by really good filmmakers,” Ackroyd told AXS TV’s The Big Interview With Dan Rather back in November last year.

“I can’t say their names. They’re a good team and they are making an effort to bring back all the emotion and spirit of the first two movies and then take it into the 21st century with a vernacular that’s needed today to get it across.”

Speaking about Murray and whether he will return, he said: “The story is so good, he’ll come, even if he plays a ghost.”

The new movie isn’t a reboot it picks up the original story as more of a ‘legacy movie’ , but the move has caused debate.

Ghostbusters reboot star Leslie Jones tweeted: “So insulting. Like f*** us. We dint count. It’s like something trump would do. (Trump voice)”Gonna redo ghostbusteeeeers, better with men, will be huge. Those women ain’t ghostbusteeeeers” ugh so annoying. Such a d*** move. And I don’t give f*** I’m saying something!!”

Who is directing Ghostbusters 3?

Jason Reitman, the son of the franchise’s original director Ivan Reitman, will helm the movie.

“I’ve always thought of myself as the first Ghostbusters fan, when I was a six-year-old visiting the set,” Reitman told Entertainment Weekly. “I wanted to make a movie for all the other fans. This is the next chapter in the original franchise. It is not a reboot. What happened in the ‘80s happened in the ‘80s, and this is set in the present day.”

Reitman, who wrote and directed The Front Runner, has co-written the Ghostbusters sequel with Gil Kenan. His father Ivan will produce the new film.

What other films have been in the Ghostbusters franchise?

The original “Ghostbusters” movie in 1984 starred Murray, Aykroyd, Hudson, and Ramis as a group of guys who set up a paranormal investigation and elimination service – Ghostbusters.

There was a sequel in 1989 and then, in 2016, there was an all-female reboot starring Melissa McCarthy, Kristen Wiig, Kate McKinnon, and Leslie Jones and directed by Paul Feig.

An animated Ghostbusters film has been in development.

RELATED NEWS
Hollywood’s Biggest Gambles: Hits and Misses
Is there a trailer out for Ghostbusters 3?

Yes, but just a teaser trailer and it looks very promising.

Kevin Feige was honored at the 45th annual Saturn Awards but the Marvel Studios president gave higher praise to someone other than himself.

Feige said in a video message Friday night that he was “humbled” after accepting the inaugural Stan Lee Builder award, named after the late Marvel Comics mastermind. He paid homage to Lee for kick-starting the Marvel legacy, calling him a “genius.”

“He was enthused with humanity and kindness,” said Feige, who did not attend the ceremony but spoke on a large video screen. “He put that into every creation he had, which is why they all still resonate today. It will resonate for centuries to come.”

Feige was recognized for the successful creation of the Marvel Cinematic Universe (MCU), a film world with multiple story lines and characters that so far has spanned 23 films over 11 years. The latest phase of the franchise triumphantly concluded with the record-breaking “Avengers: Endgame” film, which took home multiple awards including best comic-to-motion picture release.

The awards show was simulcast for the first time on several platforms including its official YouTube channel, Twitch, Cinedigm’s CONtv and Pluto TV Sci-Fi Channel.

Aisha Tyler hosted the event, created in 1973 to recognize horror, sci-fi and fantasy films that typically don’t get recognized at major award shows. The awards were presented at the Avalon Hollywood venue in Los Angeles.

“Iron Man” and “Lion King” director Jon Favreau and Marvel’s head of television Jeph Loeb also received honorary awards. Favreau was handed the Saturn Visionary award for his work in modern cinema, while Loeb was given the Dan Curtis Legacy award, which highlights the accomplishments in genre television.

Favreau remembered when he first saw a Saturn Award while visiting Feige’s office years ago. He also spoke about the progression of superhero films along with sci-fi and fantasy genres.

“At the time, people weren’t really recognizing superhero films or genre films. Now, we’re a part of mainstream,” Favreau said. “Now horror, superheroes and sci-fi have become a part of what keeps the film business going. But way back when I was growing up, it was a small group in the lunch room that liked that kind of stuff. … It’s so amazing how this has blossomed.”

Loeb said his father’s colorful stories of his workday during his childhood encouraged him to become a storyteller.

“He told a story about going to the post office. But in my mind, he was Indiana Jones meets Jesse James,” he said. “He was a stockbroker for 37 years, but he made me want to be a storyteller. … They say in this business don’t meet your heroes. You’ll find out they’re just mortals. But I have and they’re in this room. They’re in my office and on my sets.”

“Halloween” star Jamie Lee Curtis received a standing ovation after winning best actress in a 2018 film. The actress isn’t a huge fan of horror films but said she was grateful that her role in the first “Halloween,” in 1978, help kick-start her career.

“I never, ever, ever thought I would be an actress,” Curtis said.