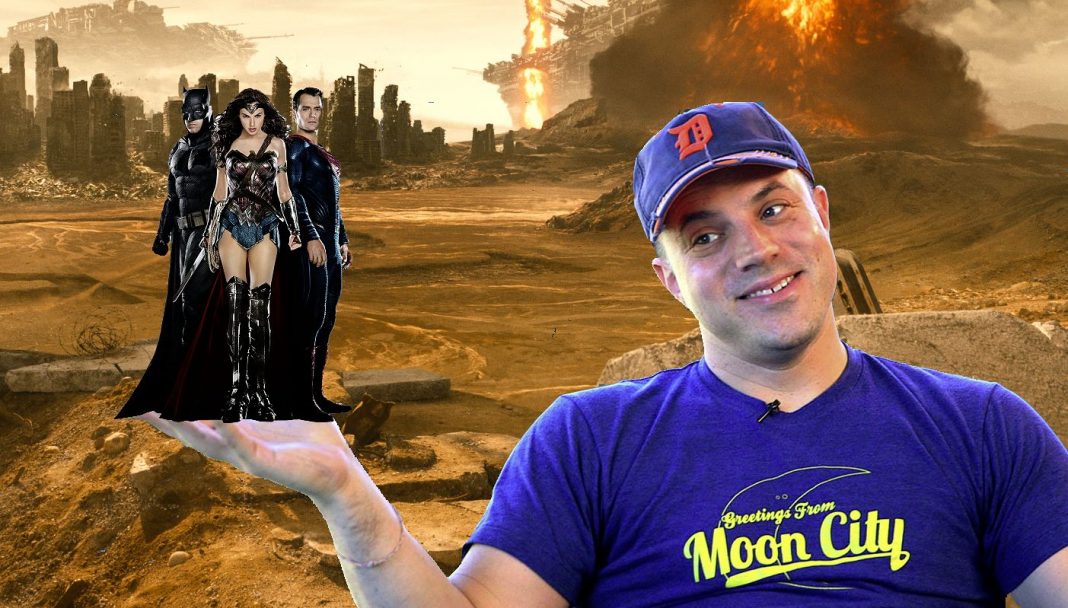 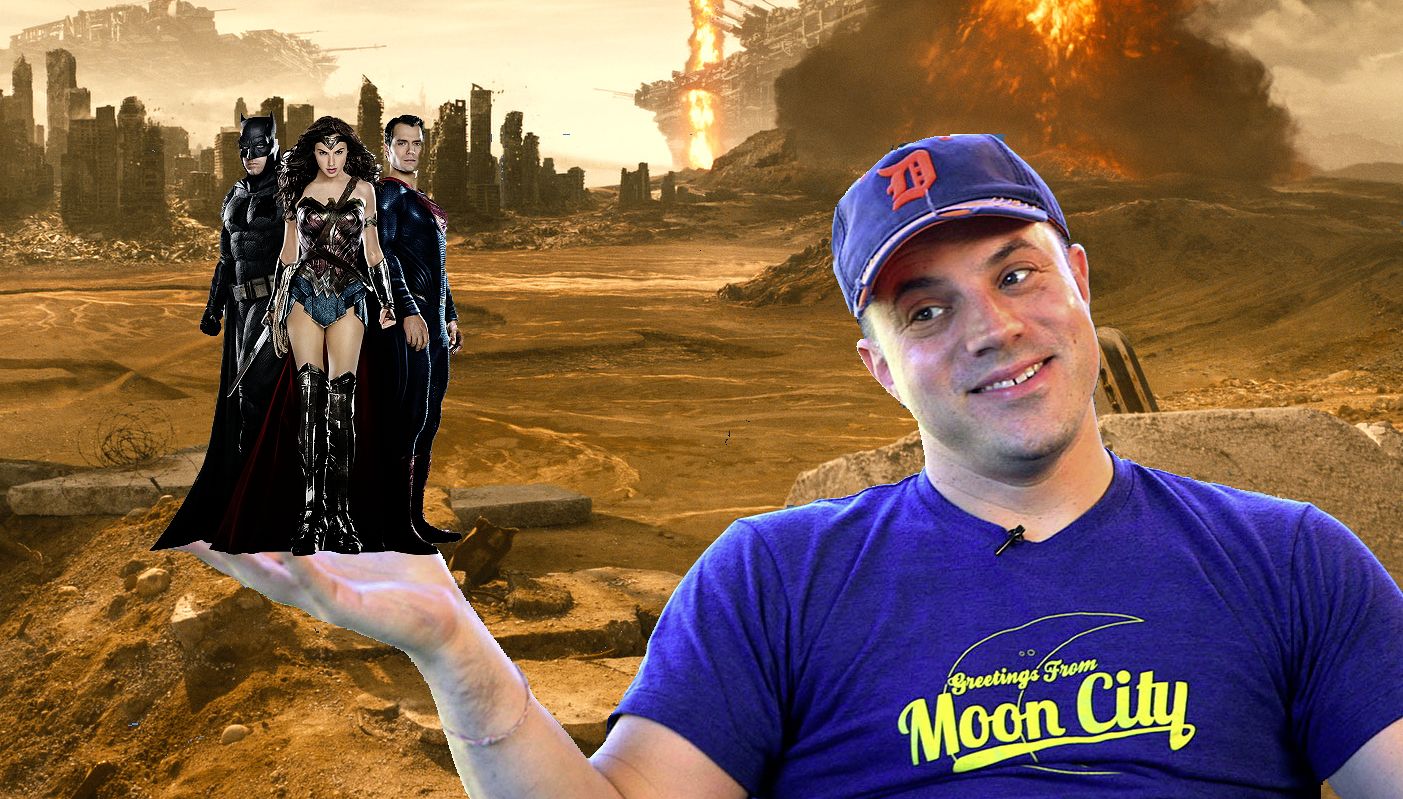 In any field, it’s very important to appoint the right person for the job. You don’t appoint lawyers to cook in a kitchen restaurant especially if they can’t tell the difference between pork and chicken. In the world of superhero films, it’s really important to be creative, but such screenwriters and directors must also be able to be adaptive to the works of others. Superheroes are like historical figures with years and even decades of backstory that cannot be ignored. That’s what differentiates Marvel’s Kevin Feige to other studio heads that released failed or lackluster superhero movies. Kevin Feige is a comic book fan and as much as possible respects the comic book source material. It’s not perfect, but the result is the very successful Marvel Cinematic Universe. DC now wants to do the same, by giving comic book writer Geoff Johns the reins to the DC universe.

Geoff Johns currently serves as DC Comics’ Chief Creative Officer since 2010 but has been with the industry since the late 90s. He’s won several awards of Best Writer for his works on Infinite Crisis, The Flash and Green Lantern storylines. He is best known for greatly expanding the Green Lantern mythos by introducing other lantern colors (the Red Lanterns being the most popular) and is responsible for the fan favorite Blackest Night and Brightest Day Green Lantern story arcs. He also brought back Hal Jordan as DC’s primary Green Lantern as well as Barry Allen as The Flash. His work isn’t limited to comics nor to DC. He’s also written TV episodes for Justice League Unlimited, The Flash, Arrow and Smallville. He also worked with Marvel on titles such as The Avengers.

So who is better suited to hold the reins of the DC Cinematic Universe than a man with respect for comic source material and is responsible for many of them? You don’t give the reins of comic franchises with long histories to people who weren’t passionate or even familiar with them until the project was presented. Such people often get over-creative and let their egos do the work to please themselves instead of the fans.

Such an approach sometimes works as not everyone is familiar to comic book lore. The X-Men franchise continues to go strong despite the continuous butchering of characters, stories and timelines. One fan commented that his parents liked the X-Men movies for what they are, including Last Stand because they’re disconnected from comic book lore and as the box office suggests, so are many others. The Nolan Dark Knight Trilogy was very successful without the need for other heroes in the mix.

But there are just some properties where creative freedom must be tempered and talents well-placed. Superman is one of those properties. Almost everyone in the world is familiar with the Man of Steel, mostly through the early Superman movies which starred Christopher Reeve and even before in earlier films and radio. Superman is powerful, Superman is confident, Superman embodies truth, justice and the literal positive definition of the American Way. Superman lives in a bright world and does not kill, at least that’s how the general public knows him. Unfortunately, later films really threw up in that party. Superman, who is often found patrolling the bright blue skies of Metropolis, is not Batman, who nightly stalks the dark alleys of Gotham City. The Man of Steel and Batman V Superman tried to capture the same dark atmosphere of the Nolan-verse but failed. Even though these must-see films made decent box office returns, fans and the general public left the movie theaters scratching their heads.

Marvel Studios, on the other hand, has continually released movies that are set in less-moody environments with continued injections of humor and attention-grabbing stories which keep audiences seated in awe. Like meetings and symposiums where talented speakers keep their audiences awake with the occasional joke or quiz. Marvel also tries to keep being faithful to their source material at the same time being adaptive to the modern times and the modern audience as well as being adaptive to the shared universe they built for themselves. Not an easy task. They probably hold creative seminars for productions who want to come aboard.

So to prevent any more missed box-office forecasts, generate more smiles from film critics and tell fans that the creator is listening, Geoff Johns is now in a more hands-on capacity or whatever Kevin Feige does to keep the MCU in check. To give Batman V Superman some credit, I could see the direction the film was going even in future standalone and team movies through Batman’s vision of the future and what story arcs the film was trying to draw from. It’s just that the film seems to have overly rushed things. They made him kill too soon in The Man of Steel and killed him too soon in Batman V Superman. Hopefully, Johns can slow things down to a more favorable pace for fans and non-fans alike.

As said, Johns did wonders for the Flash and Green Lantern mythos, and maybe he could do the same in future movies with these characters. In DC films, if it’s not Batman, it’s Superman who always appears on the big screen. Other characters like Green Lantern, Steel and Jonah Hex have failed. If Johns plays his cards right, Green Lantern and Flash could be as great as Batman and Superman. I’m actually excited to see a Blackest Night saga on film, but that’s only after the Darkseid saga that Batman V Superman is pointing towards. So best of luck to Geoff Johns. May he bring Superman back to life, in a more lively tone.