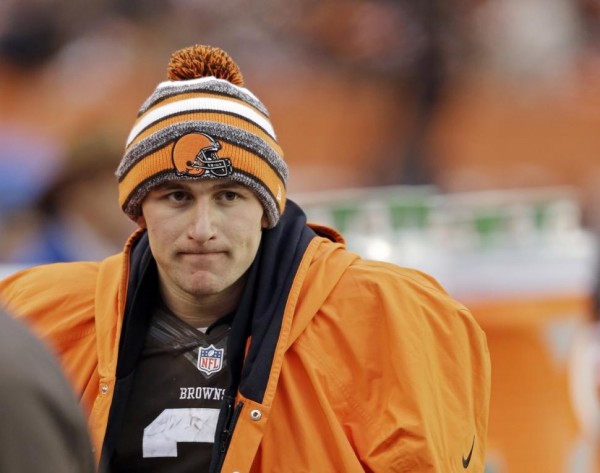 Not every rookie drafted to the NFL lives up to the hype they received coming out of college. This past NFL season saw many rookies fall short of expectations, including the first overall pick Eric Fisher (offensive tackle, Kansas City Chiefs) and third overall selection Dion Jordan (defensive end, Miami Dolphins). This past draft was full of talent, but the question on everyone’s mind is which rookie will be this year’s biggest disappointment. Only time will tell, but here’s a list of five first rounders who just may end up with that dreaded title:

1. Dee Ford, 23rd overall, Kansas City Chiefs: Looks like the Chiefs may be in for another disappointment this season from their first round selection. There are two major problems with this selection by the Chiefs. First, Ford was an exceptional players while at Auburn University; but Auburn runs a 4-3 defensive front while the Chiefs run a 3-4. Adjusting from a college 4-3 to a professional 3-4 usually takes even the best players a year. Second, Kansas City is already home to the fierce pass rushing duo of Justin Houston and Tamba Hali. Ford is going to have a hard time getting a lot of snaps this season if those two stay healthy, and when he does get on the field he’s going to be expected to live up to the standard set by them–that’s a lot to ask of a rookie defensive lineman still adjusting to a new system. Since drafting Hali first round back in 2006, the Chiefs have not had much luck drafting defensive linemen in the first round (anyone remember LSU standout and 2008 fifth overall pick Glenn Dorsey?). Ford definitely has potential, but it may take a few years or even a trade to a different team before he truly stands out.

2. Sammy Watkins, 4th overall, Buffalo Bills: The young speedster out of Clemson University has a lot of pressure on him this coming season. Being the fourth overall pick is pressure enough for a rookie, never mind that the Bills had to trade their 2015 first and fourth round picks to the Cleveland Browns in order to move up and draft Watkins. Watkins is one of the most anticipated rookies of this draft class behind only Jadeveon Clowney and Johnny Manziel. That is a lot of pressure for a player whose success at Wide Receiver will be partial determined by the play of second year quarterback E.J. Manuel who is still a little shaky in the passing game. Another problem Watkins may face is the Bills running game: in 2013 the Bills ran the ball on 49 percent of their offensive plays. In fact, no Bills receiver was able to manage 600 yards this past season. The Bills gave up a lot to get Watkins, so anything less than spectacular from him this season will be a disappointment.

3. Blake Bortles, 3rd overall, Jacksonville Jaguars: Bortles has some big shoes to fill as a quarterback drafted top three overall. The last three quarterbacks taken in the top three (Robert Griffin III, Andrew Luck, and Cam Newton) all went on to have spectacular rookie seasons, with Luck and Griffin leading their teams to playoff appearances. That’s not going to be the case with Bortles. The poor kid got drafted to the Jaguars. The Jaguars haven’t had a winning season or a playoff berth since 2007, and since then they have developed into the laughingstock of the NFL. The last starting quarterback they drafted was Blaine Gabbert (tenth overall pick in 2011) and that didn’t exactly turn out well for them. Bortles may not even be starting Week One, the Jaguars seem to be leaning towards letting him adjust to the NFL and continuing with current starter Chad Henne. However, unless Henne plays spectacular football, you can expect Bortles to make a few appearances this season; but don’t expect much out of the kid.

4. Anthony Barr, 9th overall, Minnesota Vikings: Barr is probably the most unprepared of any of the players on this list. As he finishes up the 20 credit hours he needs to complete his sociology degree at UCLA, Barr is not allowed to attend the offseason activities with the team in Minnesota. Instead, every day after his classes Barr watches film from that day’s practice on an iPad the Vikings gave him and tries to figure out where he’ll fit in the Vikings defensive scheme. Early indication suggests that Barr will be used as both a linebacker and pass rush specialist. Barr may need some time adjusting to this role, and missing out on offseason opportunities to work with the coaches and teammates will only slow him down. At UCLA, Barr sort of relied strictly on his talent, but talent only gets a player so far in the NFL. Barr has a lot of potential and may very well be the next Von Miller, but don’t expect that kind of play from him this season. The Vikings don’t have much depth on defense, so Barr will most likely be starting this season. Barr has a bright NFL future, but this year probably won’t be a good indicator of that.

5. Johnny Manziel, 22nd overall, Cleveland Browns: Before I go any further, let me just say that I love Manziel; and I think he will have a great professional career. With that being said, Manziel is the most hyped-up player coming out of college I’ve seen in years. Manziel definitely has the talent and work ethic needed to succeed in the NFL; however, he won’t turn a struggling Browns franchise into a Super Bowl contender in one year. Manziel is on this list simply because the expectations for him are way too high. People are expecting Manziel to be absolutely perfect, and he will receive a lot of criticism for every mistake he makes. Peyton Manning was 3-13 in his rookie season and look where he is now. Manziel has a bright future ahead of him, but you can expect some struggles in his first season with the Browns. If Manziel wins the starting job in Cleveland by the end of this season, 2014 should be considered a good year for him. Try to lower your expectations for Manziel and just enjoy watching his talent on display.