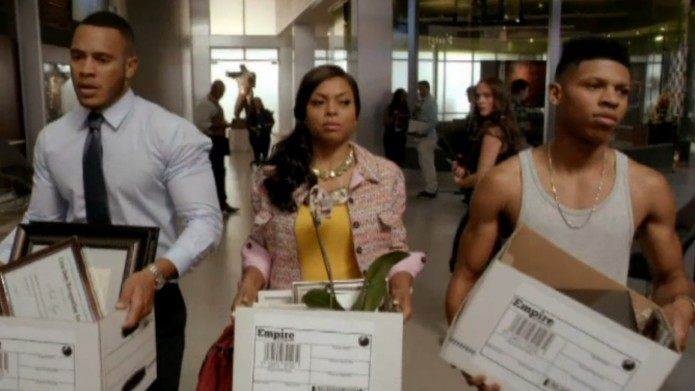 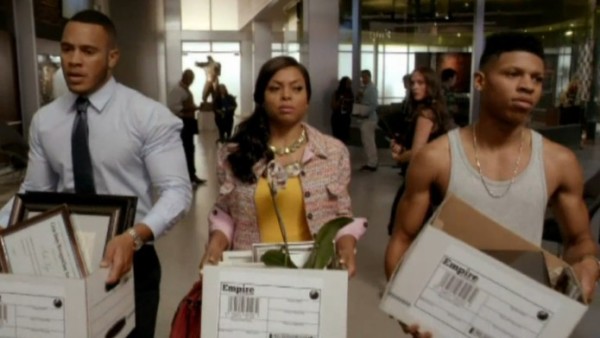 Here we are at episode two of season two of Empire and things are heating up for sure. This season is rolling out like the first one with the action stepping up very quickly. This was also the first week that the ratings for this hot show took a hit, but not enough to be worried about.

It opens up with the crew, Cookie and the only two sons she has left, being kicked out of Empire with their white boxes. They make a plan to start their own record company. They go back and forth about who to bring on and Cookie is very much against Anika coming on board, but Hakeem of course brings her onto the team anyway.

It moves pretty quickly in the beginning and by the end of their montage, they have a place that looks more like a “pig pen” than a “Lyon’s den.”

Lucious runs into a situation where his meds are missing in jail and the doctor tells him that he can’t give them to him without an authorization. And we all know that with his condition, he needs his meds.

Jamal is finally making some hot music that I am sure we will hear on the radio pretty soon. After doing his set in his house as part of an interview, he sits down with a reporter who asks about his relationship. Michael is standing right there so Jamal is real careful in how his answers those kinds of questions. Then guess what happens? His mother Cookie comes right in during the interview. She pulls him to the side and they have a conversation where she asks him for Hakeem’s album. She appeals to his humanity and seems to have made some leeway with him. She then drops the bomb on him as they walk back through the interview arm in arm and smiley to the elevators, that she and his brothers are starting their own record company.

The cameos from famous folks keep coming and this episode Ludacris plays a security guard. Lucious freestyles and gets hype when he starts coughing uncontrollably (remember he needs his meds). Luda goes over to his table and pretty much punks them. We find out that he knows about daddy Lyon not getting his meds and say that if he starts to act right, he may get them back.

Back at the new record label, Hakeem tries out his A & R skills to find a new girl group by auditioning girls. One of which is a feisty Latina that while cocky, catches his eye. Andre then comes in wanting to know what’s going on because he believes that Hakeem needs to being making music instead of trying to be Jay Z. According to him, what they are trying to build will sink if Hakeem doesn’t get in the studio.

Anika shows up at the studio and Cookie loses it. Andre calms her down and Hakeem shares his idea to form a girl group and name it Rainbow Sensation. Yea, they didn’t like it either

Jamal pays a visit to his dad and lets him know that he is thinking about giving his little brother back his album. Lucious tells him no, Hakeem belongs at Empire. While they talk, a lawyer named Thurston “Thirsty” Rawlins sitting at another table overhears them and interjects himself into their conversation, letting them know he can help. He shows that he can get shit done by getting Lucious his meds. Looks like Lu has a new lawyer. 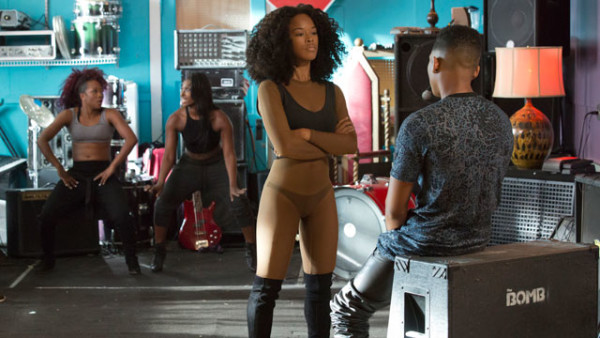 Tiana is back on the show this week and looking better than ever. Hakeem visits her while she practices. He tells her that he wants her to join his girl group, which is an insult to her. Tiana does not want to have any part in the company “if this is what it’s going to be about.”

Rhonda pays a visit to Jamal and tells him that she’s scared for Andre. She makes up this story about her husband being nothing without Empire “because all he wants is to be back at Empire.” Oh the tears. Feels like a trap. 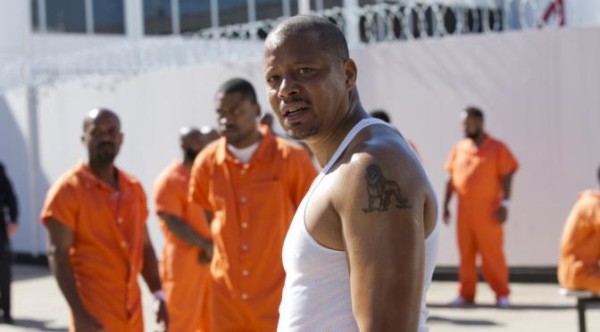 In jail, now that Lucious has his meds, he’s fired up we are clued in to the “studio” session that he and his boys secretly have in a closet. Lucious makes new music, with the help of Thirsty’s inside CO’s and it’s not bad. ”Snitch Bitch…” cleaver, albeit Terrance is not that much of a rapper. Luda comes in, shuts their shit down and puts them in the whole.

Luda visits him in the whole and they have a back and forth where Luda tells him he could kill him and no one would care. “Just another dead rapper.” Lucious tells him that he’s messed up. We later see Luda jumped by Thirsty’s goons and they get the laptop with “Snitch Bitch” on it and give it to the shady lawyer.

Hakeem meets up with Cookie and the crew and lets them know that he is not going back to Empire. He also shows them that he leaked his new album before Jamal releases it, which pisses Andre off.  Dre walks out and Cookie chases after him. He tells her his heart is not in what they are doing and begs her to let him go.

Andre later pays his dad a visit and tells him he wants to come back. “Empire is in my blood.” Lucious is a cold hearted mother watch yo mouth as he tells his son pray to “God that he forgives you cause I don’t.” He asks his dad why he hates him and we get a flash back of a young Lucious in his mom’s arms played by Kelly Rowland. She appears to have some kind of mental issue. He tells his son, “I don’t had you and walks away.

Hakeem tells Jamal that he’s not coming back and surprise, they have a place and a name- Lyon Dynasty. As he and Cookie clean up their new headquarters, they hear “Snitch Bitch” on the radio.

In the end, Thirsty walks in late with “evidence” which is just incriminating pictures of the judge who obviously has to let Lu go to the prosecutor’s dismay.

Ya boy is out on bail.