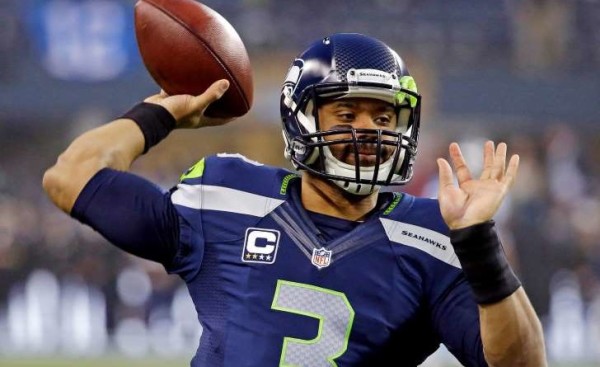 This Week in DraftKings

Another week, another millionaire. There were a few thousandaires made in the past week on DraftKings as well. I was not one of them, maybe a nickelnaire with my $6 winnings.

I did, however, advance in my season long league in a tight matchup that had me sweating with Gronk back in action for my opponent. Two more games to win in order to rake in a couple hundred there along with some bragging rights over Christmas dinner.

Back to the real winner in the Millionaire Maker on DraftKings. A guy with the handle “TheBrewster” won the top prize and shook up his family tree with the following lineup.

TheBrewster’s confidence in Russell Wilson paid off as the Seattle quarterback hooked up with Doug Baldwin for three of his five TD throws against lowly Baltimore. Both Seattle stars had 32 points on DK.

Only 13% of players in the Millimaker believed in Wilson even after two tremendous weeks of touchdowns.

The new millionaire took some safe picks in ODB, Brandon Marshall, and the Chiefs defense while taking a risk with Julius Thomas and Eddie Lacy. Lacy’s total was just one point shy of his best fantasy day of the year.

TheBrewster really went out on a limb with Isaiah Crowell, who somehow racked up 31 fantasy points after having never went above 17 points in 2015. Congrats to TheBrewster on the big win. It wasn’t easy as he won by less than two points.

The perfect lineup for week 14 is below and would have totaled 279 points. All you had to do was draft the top guy at each position. That’s about as easy scoring on the Carolina defense right now.

Three of the highest scoring players on all of DraftKings are on Seattle’s roster. Picking the right lopsided game and loading up on the best performers from the winning team seems to be a good strategy for getting near the top of a big money tournament. It’s as good a plan as any when trying to beat tens of thousands of opponents.

What’s not the best plan is to choose players based on emotions. LeSean McCoy was the most owned player on DraftKings according to their Playbook. Just because Shady would like to choke the life out of one Chip Kelly does not make the Bills runner the best choice overall for your roster.

You don’t get any fantasy points for pure hatred.

Sure Philly has given up lots of points lately, but the driving force behind Shady’s high ownership was the media’s build up of his revenge game. He had  a decent game but just 14.9 fantasy points were a big letdown for the folks who thought McCoy would be stiff arming Chip Kelly on the way to his fourth TD of the day.

McCoy was at the top of the biggest busts list as well.

Incredibly Greg Olsen scored very little in his Panthers’ mutilation of Atlanta. Poor Thomas Rawls failed to produce because he was knocked out of the game with an ankle break that ended his season.

As for Travis Kelce. He’s simply a bad fantasy choice. One measly point against San Diego? Damn son! I don’t even use him in my season long league anymore. He just doesn’t produce, which is deeply disappointing after such a strong start to the year.

So, there’s just three weeks left in the regular season. If you plan on hitting it big during NFL season, best get it cracking. Sure you’ll still have a chance at some DraftKings money with NBA action, but that’s a lot more work on a daily basis.

I’ll be hitting the NBA fantasy scene more when the NFL closes out for the year. But it’s just too much pressure to do both fantasy b-ball and football. I might have a mental breakdown or just go on a Johnny Manziel type bender, ending up embarrassing myself on Instagram and getting myself benched as owner of my fantasy teams.

Overall in the DFS world, it looks like New York’s domino effect started already. Both FanDuel and DraftKings saw a decline in entry fees for the eighth straight week. Super Lobby reported FD’s total entry fees down 53% from its week six high for the season, while DK’s GPP entry fees sunk 32% below week five’s high mark for them.

The negative ruling in New York has been stayed, so New Yorkers can still find action on both DraftKings and FanDuel. But all the negative headlines have taken a toll on the sites overall.

Combine that will a noticeable decline (much appreciated by the masses) in TV ads then it’s no shock that DFS as a whole has hit a “lull” compared to just a few weeks back when the major companies were writing giant cardboard checks to themselves on a daily basis.

Jared Padalecki’s ‘Walker’ 2.07 asks Where Do We Go From Here?