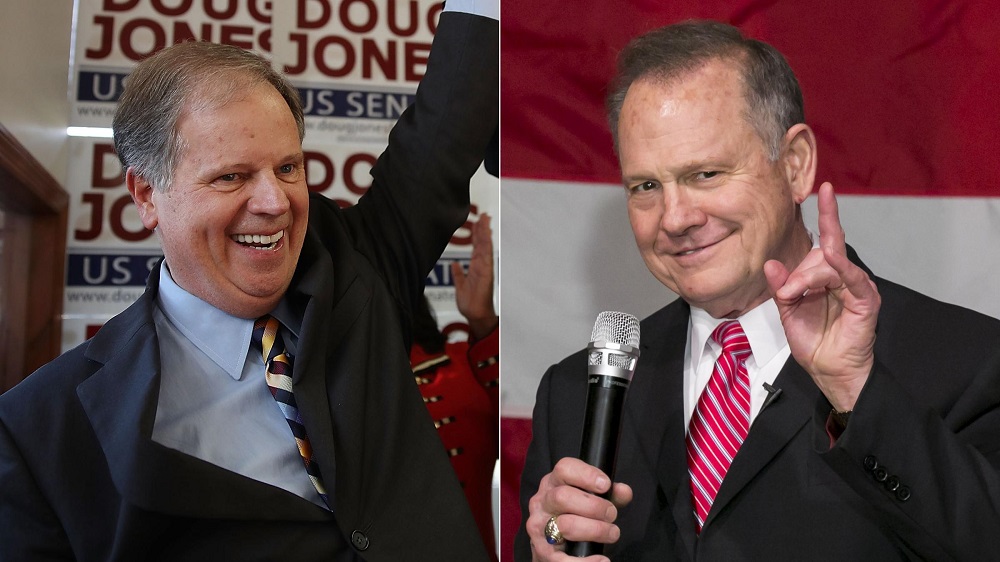 Democrats in America let out a cry of relief late Tuesday evening when results from the Alabama Senate race came in to show that Doug Jones had done the seemingly impossible, beaten Donald Trump and Steve Bannon frontrunner Roy Moore. Jones is also the first Democrat Senator in the state in over twenty years.

Anywhere and anytime else, the chance of alleged child molester Roy Moore becoming a United States Senator would have been nil, but 2017 has seen Donald Trump turn the country into a much different political landscape.

Rarely has a sitting president rallied behind such a scandal-plagued candidate the way Donald Trump did with Alabama Senate candidate Roy Moore. And rarely has that bet failed so spectacularly.

Moore’s defeat Tuesday in Alabama, a truly diehard Republican state, left Trump unusually conciliatory and his political allies shell-shocked. Trump had dug in on his support for Moore after a wave of allegations about the former judge’s alleged sexual misconduct with teenagers when he was in his 30s, becoming one of the candidate’s most ardent national supporters in the race’s closing days.

Now, out of the wreckage of Moore’s defeat to Democrat Doug Jones, Trump faces mounting questions about the limits of his own political capital. He’ll head into his second year in office with one less Republican senator, narrowing a margin already so slim that it has so far left him unable to push major legislation through Congress. Democrats, who started the year as a deeply wounded minority party, press toward the midterm elections with a burst of momentum from the most unlikely of states. 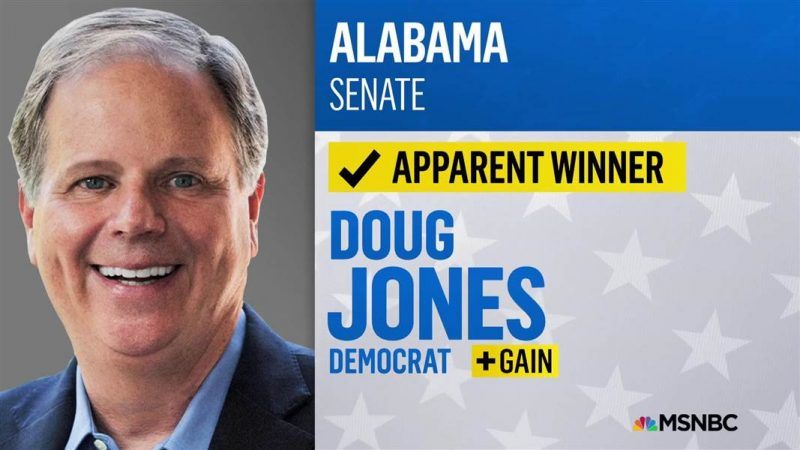 To be sure, the Alabama race was highly unusual, and as with all special elections, there’s no guarantee it will prove to be a barometer for contests a year from now. A perfect storm of controversies helped Jones overcome Alabama’s strong Republican bent, most notably the sexual misconduct allegations that surfaced against Moore. The matter left the Republican Party deeply divided over whether holding a Senate seat was worth the potential long-term risks of supporting Moore.

Some Republicans did pull their support from Moore after the allegations surfaced, including Senate Majority Leader Mitch McConnell and the National Republican Senatorial Committee. Many more GOP officials in Washington privately preferred the prospect of a Moore defeat over having to deal with daily questions about his actions and the possible cloud of a Senate ethics investigation hanging over the party.

But Trump is the Republican Party leader, and he jumped in with both feet. In a moment of national reckoning over sexual misconduct, where hardly a day passes without a prominent man being ousted from a powerful position, the president made it impossible for the GOP to disassociate itself from Moore and the accusations swirling around him.

Trump’s immediate response to Jones’ victory was surprisingly magnanimous for a president who lashes out at the smallest perceived slight and often seems to prioritize winning above all else.

“A win is a win,” Trump wrote on Twitter, despite the fact that Moore would not officially concede the closely contested race. The president offered no immediate insight into whether he viewed the results as a referendum on himself, personally or politically.

But there’s no doubt that Trump’s track record of late has indeed been worrisome for Republicans weighing how closely to align themselves with the president in the midterms, where control of Congress will be at stake.

Last month, the Trump-backed Republican gubernatorial candidate in Virginia lost in a race that wasn’t close. The president now has the dubious distinction of picking wrong twice in Alabama, a state he won by 28 points just over a year ago. His first blemish came during the state’s Senate primary, when he backed Moore’s opponent, Sen. Luther Strange, a decision he openly questioned while on stage at a rally for the incumbent days before the vote.

Moore’s victory over Strange pushed Trump back to the roots of his presidential campaign. He realigned himself with Steve Bannon, his chief strategist during the 2016 race and in the White House until he was ousted in a staff shakeup earlier this year. Bannon was one of Moore’s most prominent supporters from the start and viewed the contest as a ripe opportunity to press forward in his goal of disrupting the Republican Party.

More traditional Republicans have long warned that Bannon’s chosen candidates signal disaster for the party and will struggle to defeat Democrats in competitive states. The fact that one of those candidates couldn’t succeed in reliably red — or conservative — Alabama was quickly wielded as all the more reason for party leaders to marginalize Bannon.

“Not only did Steve Bannon cost us a critical Senate seat in one of the most Republican states in the country, but he also dragged the president of the United States into his fiasco,” said Steven Law, the head of the McConnell-linked Senate Leadership Fund super PAC.

It’s far from certain if Trump feels the same way after the Alabama race. The president seems more naturally attuned to other political outsiders and is well-aware that his command over a sizeable swath of the GOP primary electorate makes him a powerful player in determining the party’s direction in upcoming elections. Whether he can transfer his own political good fortunes to those candidates remains the unanswered question. 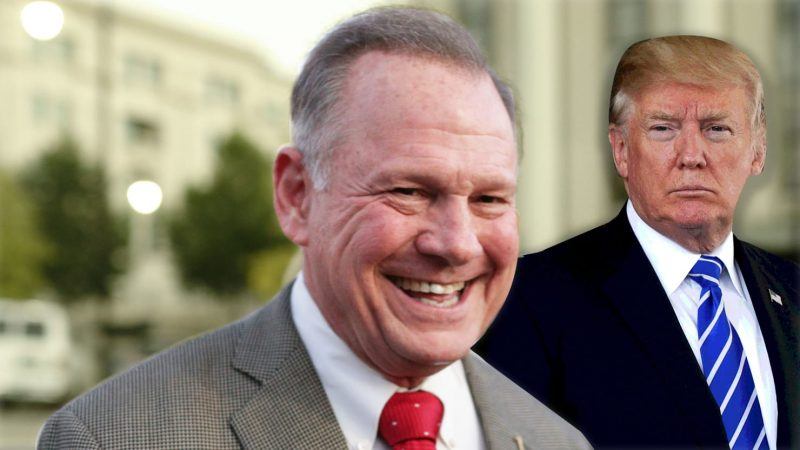 Before election day, Alabama officials estimated that about 20% of Alabama registered voters would show up to vote in this special election.

The latest figures put that number closer to 40%. Roughly 1.3 million ballots were cast in the state, and in county after county Democrats exceeded expectations, particularly compared to turnout from Republicans in their party’s rural and suburban strongholds.

It’s a trend that echoes the results in Virginia – the other big electoral test of 2017. In November, Democratic voter participation in that more narrowly-divided state surged, carrying the party’s candidate for governor to an easy victory and nearly winning enough seats to take control of the state legislature.

Progressives have touted their “resistance” to the Trump presidency, and it appears that – at least so far – their enthusiasm is translating into numbers at the ballot box. That will bode well for the party’s prospects in the big congressional mid-term elections that loom on the horizon in November 2018.

Among Democratic voters, African-Americans went to the voting booths in particularly strong numbers and voted overwhelmingly for Mr. Jones.

According to exit polls, they accounted for nearly 30% of Tuesday’s electorate, while only making up 26% of the state’s total population. In 2016 lower black turnout proved costly for Mrs. Clinton in states like Michigan, Wisconsin, and Florida. In Alabama, they were the Democratic lifeline.

Roy Moore was supposed to be Steve Bannon’s first big victory, a cannonball fired into the heart of the Republican establishment and a visible example of the populist-evangelical electoral alliance he was crafting.

Instead, the former Trump campaign head and senior White House adviser has been humbled. His candidate, it turns out, was deeply flawed and he ended up losing what should have been a slam-dunk Senate election.

If Mr. Moore had prevailed, Mr. Bannon would probably have found plenty of volunteers ready to lead the charge and deep-pocketed benefactors to finance the efforts.

Now, however, instead of claiming his first scalp, he will be blamed by leaders in his party for narrowing the Republican Senate majority and damaging the party’s brand.

Congratulations to Doug Jones on a hard fought victory. The write-in votes played a very big factor, but a win is a win. The people of Alabama are great, and the Republicans will have another shot at this seat in a very short period of time. It never ends!

On Tuesday night, a magnanimous president took to Twitter to congratulate Mr. Jones on his Senate victory.

This probably won’t be the president’s last word on the matter, but for now, his reaction could reflect an acknowledgment that despite his support for Mr. Moore, it wasn’t enough to pull his man over the finish line, even in conservative Alabama.

Other top officials in the Republican Party were reluctant to back Mr. Moore, particularly after the Washington Post allegations of sexual misconduct were revealed, but Mr. Trump steadily ramped up his backing for the beleaguered candidate.

If the president or his aides take a closer look at the state’s exit polls, there is certainly cause for concern, as 41% of Alabama voters “strongly disapproved” of the president, while only 32% “strongly approved.”

While Mr. Trump may dismiss opinion surveys that show his approval ratings in the mid-30s nationally, the Alabama results are actual voters casting actual ballots.

Elections don’t lie, and the election results have a serious message for the president less than a year into his term.

The Republican majority in the Senate narrows to 51-49, and the party can only afford to lose a single vote on any measure, thanks to Vice-President Mike Pence‘s power to break a tie.

Mr. Jones probably won’t be seated until early January, which means the Republicans still have time to pass their tax-cut bill and vote on any year-end budgetary resolutions, but after that, the window for legislative success narrows considerably.

More than that, it also puts control of the Senate squarely in play in the 2018 mid-term congressional elections.

Democrats have to defend a number of at-risk seats – in Trump-leaning states like Missouri, Indiana, West Virginia and North Dakota – but if their incumbents manage to hold on, there are two clear pick-up opportunities in Nevada and Arizona.

If they had lost the Alabama race, the next tier of states – Tennessee and Texas – were much bigger reaches.

Of course, Alabama has shown that, given the right confluence of candidates and controversy, anything is possible.

In the past week, three members of the US Congress – two Democrats and one Republican – have announced their resignations because of reports of sexual impropriety.

While their actions hinted that there would be a political price in the new environment of sexual-harassment sensitivity, the true test would come at the ballot box.

Mr. Moore faced accusations – which he denied – of improper relations with teenage girls when he was an assistant district attorney in his 30s.

It appeared possible that Alabama voters would elect him to the Senate anyway, with Mr. Moore’s supporters arguing that their man had been vindicated or, perhaps, absolved by the voters.

It’s a line of defense not too different from the one being constructed by the White House, as allegations made by more than a dozen women President Donald Trump have received renewed consideration.

“The people of this country, at a decisive election, supported President Trump, and we feel like these allegations have been answered through that process,” White House Press Secretary Sarah Huckabee Sanders said on Monday.

In Alabama, however, Mr. Moore won’t have a chance to make that argument.

It’s not clear how much the allegations played a part in his defeat, but politicians across the US will surely be taking note.