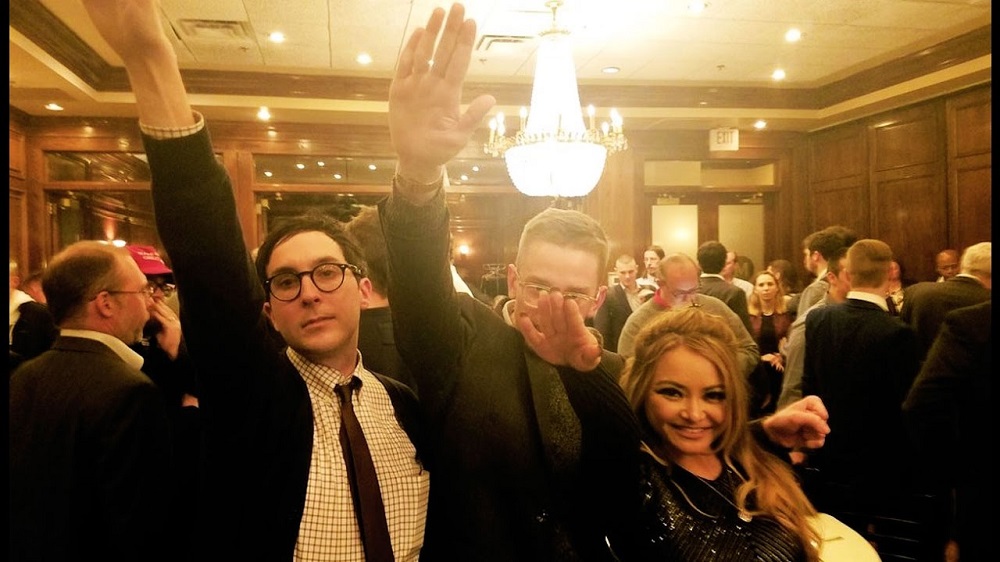 Many people assumed that racism was over in America once Barack Obama was elected president in 2008, but they were the ones that didn’t travel outside of their city. A quiet storm was slowly boiling up, and with this election, Donald Trump was able to tap into all that anger for a historic win against Hillary Clinton.

Donald Trump’s election is bringing to the fore a strain of race-based politics once so far out of the mainstream few had even heard of it.

With an ideology that’s a mix of racism, white nationalism and old-fashioned populism, the “alt-right” has burst into the collective consciousness since members showed up at the Republican National Convention to celebrate Trump’s nomination last summer.

When one of its leaders, Richard Spencer, gave a speech in Washington last Saturday at an alt-right conference attended by a couple of hundred people, The Atlantic was there with a video camera that captured the Nazi-style salutes of people in his audience.

“Hail Trump, hail our people, hail victory!” Spencer said to cheers that were shown in video snippets that have since been viewed hundreds of thousands of times online.

What does Spencer mean by “our people”? Whites. Spencer directs the National Policy Institute, which describes itself as “dedicated to the heritage, identity and future of people of European descent in the United States and around the world.”

It is Spencer who is widely credited with coming up with the term “alt-right,” or “alternative-right,” about eight years go.

While members of the movement are getting more attention than ever, the head of the Anti-Defamation League’s Center on Extremism said Tuesday there is not much new in its message.

“The hatred and bigotry that is at the core of alt-right ideology has not changed,” center director Oren Segal said in an interview conducted by private messaging. “What has changed is the name, their packaging and the stated belief that they have a champion in the highest office.”

Richard Cohen, president of the Alabama-based Southern Poverty Law Center, an organization that tracks hate groups, said the alt-right is “a rebranding of white nationalism.” Cohen called it “the energy behind the avalanche of racist and anti-Semitic harassment that plagued social media platforms for the entire presidential campaign.”

Cohen’s comments came in a statement about Trump’s decision to fill his chief strategist slot with Steve Bannon, who formerly ran Breitbart News, a website popular with members of the alt-right. Indeed, much of the alt-right exists online only, for all practical purposes.

While the Ku Klux Klan or neo-Nazis might have public rallies, people associated with the alt-right are more likely to spread their beliefs in online forums or on social media like Twitter. They tend more toward memes than marches; subjects can include criticism of Jews and claims that white Americans are under attack by minority groups.

Trump aides and advisers have tried to distance him from the beliefs of the alt-right. In a meeting Tuesday with editors and reporters of The New York Times, Trump said of the alt-right: “I don’t want to energize the group, and I disavow the group.”

But members of the alt-right, including Spencer, are vocal in their support of the Republican president-elect.

In an interview with media outlets in Cleveland, where members of the alt-right obtained credentials to attend the Republican National Convention, Spencer painted himself and Trump as people who think alike.

“Do you think it’s a coincidence that everybody like me loves Trump and supports him?” he said.