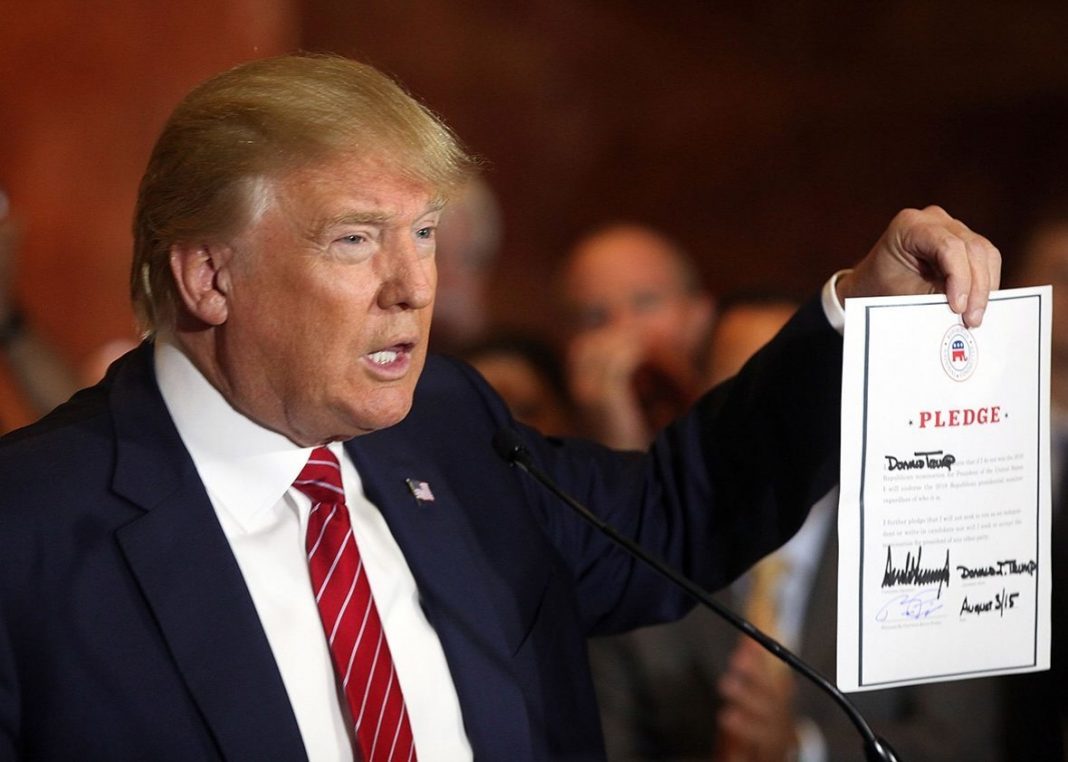 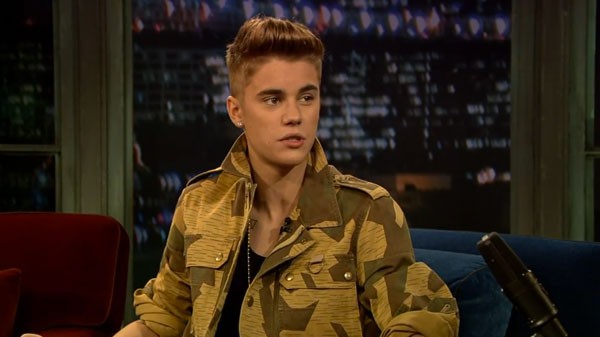 Justin Bieber made his big comeback on stage at the 2015 MTV VMAs last Sunday. However, it wasn’t his singing or dancing that got people talking. The Biebs broke down on stage after his performance, seemingly in tears from overpowering emotion.

Since then, many have speculated whether the emotional breakdown was staged or whether Bieber truly felt that overwhelmed in the moment.

Therefore, when the 21-year-old pop star was a guest on NBC’s The Tonight Show with Jimmy Fallon, he made sure to clear the air.

At first Justin joked saying, “harnesses suck, right? It pulls on the junk.” (Note: he donned a harness during his VMA performance).

Shortly after, Justin got serious and explained to Jimmy Fallon, “[the performance] was so overwhelming for me, everything – just the performance. I missed some cues, so I was a little disappointed at that, and just everyone and just their support. I was, honestly – let me breathe for a second – I just wasn’t expecting them to support me in the way they did. Last time I was at an award show, I was booed.”

The young pop star went on to say, “I think it’s just like I’ve worked so hard at this album, I’ve worked so hard at just becoming the man I want to become, and then stepping into situations, you just can’t help but feel judged. So, I was just feeling judged and wanting to win so badly, and just wanting to do what I love so badly that I just put everything on the line. And I think that that was what was so special about the emotional moment at the end, that it was authentic. It was real. It was like I really just wanted it so bad. I don’t know. I’m just ranting now.”

Justin has been public about his desire to change his bad-boy reputation and is gearing up to release a new album that he has described as “inspirational.” When Jimmy Fallon brought up his troubled past few years Bieber explained, “What it was is that I had a bunch of knuckleheads around me; that was pretty much it. It’s never good to have knuckleheads around. I just went through a place of just trying to figure it out and make decisions. You have to figure out what you’re OK with and you’re not OK with, but you have to test the waters. I just happened to be in the spotlight, in front of cameras all the time, and they caught all those moments.”

After his interview, Justin joined Fallon’s Questlove for a drum-off and afterwards performed his new hit song ‘What Do You Mean?’ 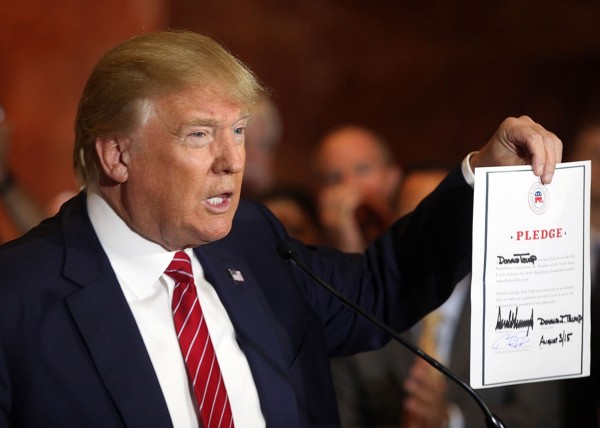 Early Thursday, presidential hopeful Donald Trump signed a loyalty pledge with the Republican party, promising that he will not run as an independent or with a third-party if he loses the Republican Party nomination.

During the Thursday press conference Trump said, “The best way for Republicans to win is if I win the nomination and go directly against whoever they happen to put up and for that reason, I have signed the pledge. So I will be totally pledging my allegiance to the Republican Party and the conservative principles for which it stands and we will go out and we will fight hard and we will win.”

Since announcing his candidacy in June, Donald has continuously come out ahead of his fellow GOP candidates in the polls. However, he has also sparked controversy on numerous occasions, most notably when he made bold comments regarding Mexican immigrants.

It’s interesting in that forcing people to sign a ‘loyalty pledge’ feels like a fraternal rite of passage, but now the Republicans can do what they can to force Trump out of the race. I was frankly shocked that he signed the pledge as no one tells Donald what to do, but if he gets pushed out of the race, it’ll be interesting to see if he jumps to a third party anyway since it’s obvious he was force to sign this silly piece of paper.