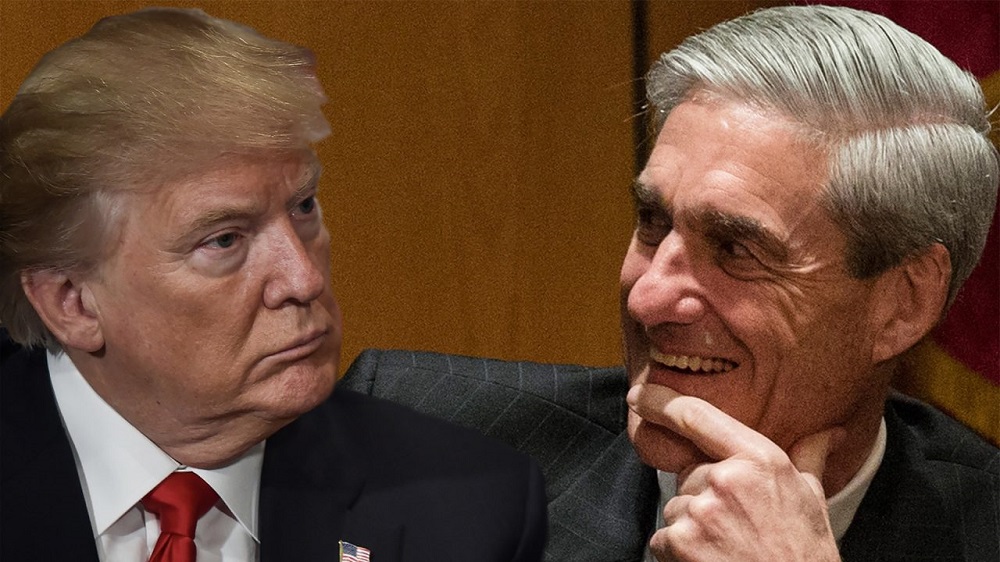 When you distort the truth every single day like Donald Trump, it only makes it harder for people to believe you when you really need them to. As it’s been reported that the president averages about five lies each day, even his supporters have trouble buying into what he’s trying to sell in the case of Robert Mueller.

It came as no surprise when The New York Times broke the story Thursday evening of Trump issuing the order to have Muller fired from the independent counsel. This story which has been verified by multiple publications (and no denials from the White House) teaches us five more things about Trump.

Remember the timeline here. Trump fires then-FBI Director James Comey in May 2017. That same month — May 17 to be exact — Mueller is appointed as special counsel by Deputy Attorney General Rod Rosenstein and tasked with overseeing the investigation into Russia’s attempted meddling in the 2016 election and possible collusion between the Russians and the Trump campaign.

Within a month — June 14 — The Washington Post reports that Mueller’s probe has expanded beyond the 2016 election to examine potential obstruction of justice in regard to Comey’s firing.

It’s right around that time that Trump ordered the firing of Mueller. McGahn objected because, according to the Times: “McGahn disagreed with the President’s case and told senior White House officials that firing Mr. Mueller would have a catastrophic effect on Mr. Trump’s presidency.”

Which is 100 percent right. And yet, somehow, Trump, the self-proclaimed political genius of our time, wasn’t able to grasp the effect that firing Mueller might have on his presidency.

This isn’t something we learned from the Times story, but something the story should remind us all.

The reasons that Trump believed Mueller should be fired, according to the Times, were: a) Mueller carried a grudge over membership fees at the Trump National Golf Club in Virginia. (Mueller left the club in 2011 but has denied there was any dispute over membership dues.) b) Mueller had worked most recently for the law firm that represented Trump son-in-law Jared Kushner and c) Mueller had talked to Trump about returning as FBI director shortly before being named special counsel.

None of those three reasons are fireable offenses. The law firm and FBI job excuse are flimsy — at best.

But it’s the idea that Mueller, a man who spent 12 years as the head of the FBI, would somehow be biased against Trump for what may or may not even be a dispute over membership fees at a golf course really takes the cake. Mueller would risk his entire career and reputation solely to get back at Trump for golf dues?

On its face it’s laughable. And yet, Trump believed it.

3. Trump can be talked down

There’s a tendency to assume that once Trump makes his mind up about something — or someone — that’s the final word. The Mueller episode suggests that’s not true.

McGahn essentially called Trump’s bluff on Mueller. As a lawyer, he thought it was a bad idea that would create many more problems than it would be worth. You want him fired, do it yourself, McGahn dared Trump. “Mr. McGahn also told White House officials that Mr. Trump would not follow through on the dismissal on his own,” reads the Times report. “The President then backed off.”

That’s instructive. Trump, despite the fact that he had convinced himself — on shaky evidence — that Mueller deserved to be fired, wouldn’t (or couldn’t) pull the trigger on his own.

4. Trump’s top aides have no real idea what’s going on

That may seem harsh but, candidly, it’s the best-case scenario to explain the fact that several of Trump’s top aides repeatedly insisted over the past year — including well after June 2017 — that the President had never even considered firing Mueller.

“The President has not even discussed that,” senior counselor Kellyanne Conway said in August 2017. “The President is not discussing firing Bob Mueller.”

“As the White House has consistently said for months, there is no consideration of firing the special counsel,” said Trump lawyer Ty Cobb in December — a full six months after Trump reportedly nearly did.

How to reconcile these quotes with the Times reporting? Either Conway and Cobb (and others who said similar things) were lying or they just weren’t looped in that Trump had, in fact, wanted to fire Mueller and only stopped when McGahn refused to do the dirty work.

5. Trump’s lawyers are telling him the investigation is almost over to keep him from firing Mueller

The idea of getting rid of Mueller remains an active possibility in Trump’s mind, according to the Times story. This paragraph, in particular, is jaw dropping:

“Mr. Trump has wavered for months about whether he wants to fire Mr. Mueller, whose job security is an omnipresent concern among the President’s legal team and close aides. The President’s lawyers, including Mr. Cobb, have tried to keep Mr. Trump calm by assuring him for months, amid new revelations about the inquiry, that it is close to ending.”

We’ve known for a while now that Cobb (and others) have been assuring Trump that the Mueller investigation is winding down, with no real evidence to back up those claims.

Now we know why. Because by telling Trump that it will all be over soon, his lawyers keep his desire to fire Mueller at bay. Why fire someone and make yourself look guilty when that same person is about to declare you innocent, goes the thinking. Just a few more days/weeks/months and this will all be over so no need to do anything rash, the lawyers tell Trump — and, in so doing, buy themselves more time to let Mueller do his job. 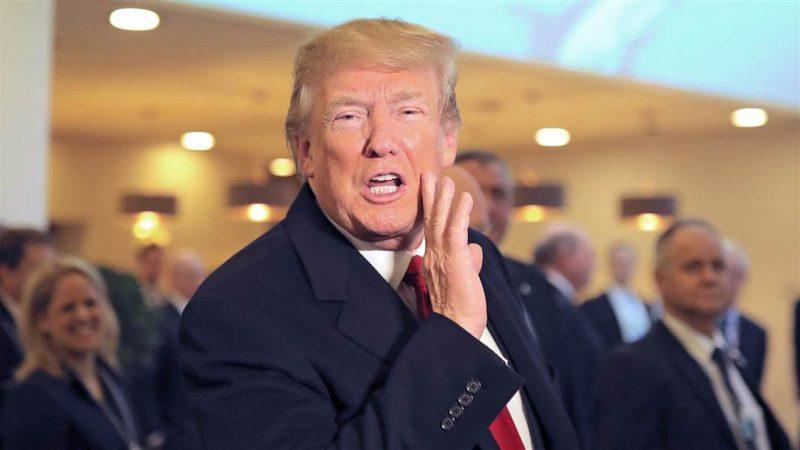 Trump pushed back against the report, without addressing the specific allegation, as he arrived Friday at the site of the World Economic Forum in Davos, Switzerland.

McGahn said he would not deliver the order to the Justice Department, according to The Times, which cites four people familiar with the request by the president.

Trump argued at the time that Mueller could not be fair because of a dispute over golf club fees that he said Mueller owed at a Trump golf club in Sterling, Virginia. The president also believed Mueller had a conflict of interest because he worked for the same law firm that was representing Trump’s son-in-law and adviser Jared Kushner.

The response from Democrats was nearly immediate. Sen. Mark Warner, D-Va., vice chairman of the Senate Select Committee on Intelligence, said that if the report in The Times is true, Trump has crossed a “red line.”

“Any attempt to remove the Special Counsel, pardon key witnesses or otherwise interfere in the investigation would be a gross abuse of power, and all members of Congress, from both parties, have a responsibility to our Constitution and to our country to make that clear immediately,” Warner said.

The report comes as Mueller moves ever closer to interviewing Trump himself. The president said Wednesday that he would gladly testify under oath — although a White House official quickly said afterward that Trump did not mean he was volunteering to testify.

Last June, when Trump was considering how to fire Mueller, the special counsel’s probe had not progressed far, at least not in public.

At that time he had yet to call on any major witnesses to testify and had not yet issued any charges or signed any plea deals. But that would change just a few months later, when federal agents would arrest former Trump campaign adviser George Papadopoulos and ultimately turn him into a cooperating witness.

Since then, Trump has largely stopped talking about explicitly trying to fire Mueller, but has instead shifted to accusing Mueller and his team of being biased and unable to complete a fair investigation.

The latest evidence the president has cited was a string of text messages from a former agent on Mueller’s probe, which shows that agent vociferously opposing the president. But Mueller swiftly removed the agent, Peter Strzok, from his probe after learning about his texts.

Former Trump campaign chairman Paul Manafort and former Trump adviser Rick Gates were charged by Mueller with criminal conspiracy related to millions of dollars they earned while working for a pro-Kremlin Ukrainian political party. And former National Security Adviser Michael Flynn agreed to cooperate with investigators in a plea deal revealed two months ago. Flynn was charged with lying to the FBI.

Mueller’s investigators have been focusing their inquiry on questions surrounding Trump’s firing of Flynn and also his firing of former FBI Director James Comey. They have slowly been calling in more witnesses closer to the president himself and, recently, began negotiating the terms of a possible interview with the president.

On Thursday, Trump’s lawyer said that more than 20 White House employees have given interviews to the special counsel in his probe of possible obstruction of justice and Trump campaign ties to Russian election interference.

An additional 28 people affiliated with the Trump campaign have also been interviewed by either the special counsel or congressional committees probing Russian election meddling. Dowd’s disclosure did not name the people nor provide a breakdown of how many were interviewed only by Mueller’s team.